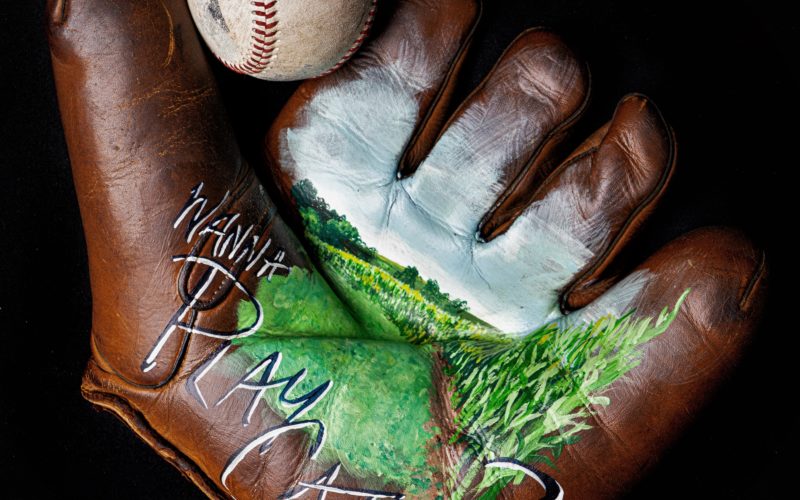 A simple definition of play is “meaningful, but not necessary.”

My first thoughts of play jump to the world of baseball, of throwing balls and swinging bats and running after pop flies and grass-stained pants and sweat streaming off the bill of my cap. As hard as it is to write, baseball is not necessary for living on this third curveball from the sun. It is not hard to imagine a world without baseball. The game has only been around a couple hundred years at most, though people have been playing games with bats and balls for centuries.

Music is also play, melodies and harmonies that stir our emotions and bass lines that affect heart rhythms. Art is yet another form of play, applying one’s imagination and skill toward the creation of a work of wonder, beauty, or abstract confusion. And story is still another form of play, using words to create imaginary worlds where heroes and villains battle and protagonists learn to conquer fears and overcome obstacles.

We don’t need music or art or story to survive from one sunrise to the next. They are not part of the current foundation of Maslow’s pyramid.

Music, art, and story are cultural universals, discovered in every known civilization, past and present. Even in the horrors of Auschwitz, as prisoners stared death in the face, musicians found ways to make music, artists continued to create works of wonder, stories were told, and children even played games.

Play strengthens brains by building new synaptic connections, especially in the areas responsible for planning and making good choices. Play engages the imagination and stimulates creativity. Play increases empathy and the ability to imagine one’s self in another’s shoes. Play builds community, sharpening a variety of social skills, such as communication and cooperation, which are imperative for building strong and healthy relationships. Play develops perseverance and tenacity, which are necessary for solving the problems faced in life’s daily grind. And play promotes healing, not only physically, but also emotionally, as Dr. Stuart Brown once wrote, “The opposite of play is not work. The opposite of play is depression.”

Jurgen Moltmann served in the army as an Air Force auxiliary during World War II. For Germany. Called into service in 1944, Moltmann was captured as a British prisoner of war in 1945. He experienced profound remorse for the horrors his country had committed, specifically Auschwitz and Buchenwald. While a prisoner, Moltmann met a chaplain who gave him a copy of the Scriptures. In the midst of great suffering, Moltmann came to faith in Jesus and it changed his life. Moltmann’s writings on the theology of play and theology of hope are profound.

Moltmann wrote, “It is unlikely that anything good or just will come about, unless it flows from an abundance of joy and the passion of love.”

The very first lyrics written in the song that starts the Bible read, “In the beginning, God created the heavens and the earth.” No one forced God to sing all things into being. No one told God where to sculpt the mountains or how to paint the trees. No editor suggested that God start the first chapter of The Great Story with a stronger hook. God is fully free and under no obligation to create anything. Try telling God exactly what to do. See how that works out. This world that we experience as full of meaning and profound significance was by no means necessary.

Meaningful, but not necessary.

With everything in me, I am convinced that, out of “an abundance of joy and the passion of love,” God played creation into reality. God the Artist. God the Musician. God the Storyteller. In playing all things into being, God revealed his deepest nature in the process. God desires to freely share all the joy and love God experiences. All of creation hums and dances and resonates with God’s goodness. Creation is God’s play-filled, play-fashioned game. God extends an invitation for everything that lives and moves and has its being to join in and play the game, too.

Legos, dolls, crayons, kazoos, and gloves are invitations to play — they create a door into that sacred space, like the ever-expanding back of a wardrobe. Making music, writing and reading a book, creating art — all invitations to play, all opportunities to taste the abundant joy and passionate love upon which all things are established.

In this world obsessed with comparing us-es and thems, with billion-dollar tests trying to prove we know what we’re supposed to know, with screens distracting every opportunity for conversation, more than ever, our culture needs to prioritize play.

Play is meaningful and intensely necessary.

Humankind is the only species on this planet whose physiology suggests we were created to play for the entirety of our lives.

Made in God’s own image.

Play is that sacred space where we join in with the divine laughter and delight in who we were made to be. In that sacred space, where we lose track of time, where we dance with one foot in eternity, we are free to dream of the place where abundant joy and passionate love are the norm.

May you go play and remember that you are a play-filled, play-created masterpiece.

◀The Catching Hope Tour - 2.0
If You Give a Kid a New Baseball Glove▶