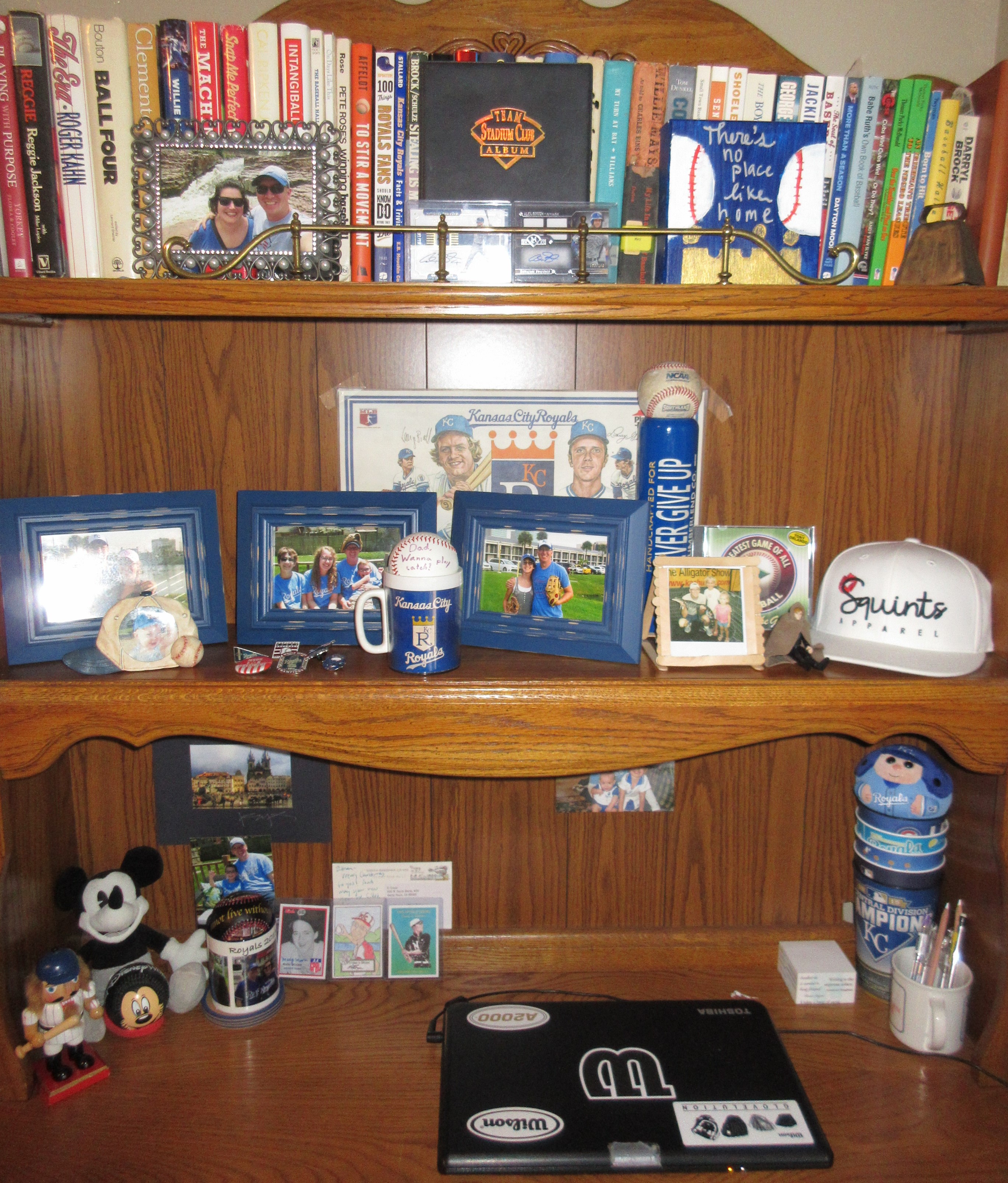 My writing desk in the Royals room is covered with reminders and mementoes from Catch 365. Over the next couple of days, just like MLB awards CY Young and MVP and other honors after the season, I’ll name the superlatives of Catch 365.

Favorite Day of Catch – Every single one of them. Literally. Playing catch was the best part of every day. Thank you to everyone who joined me on this journey.

Favorite Glove – The old Wilson from Brett and Play OK Antiques (Day #28). The new Wilson A2000 from Wilson (Day #88). The George Brett Wilson with the blue laces, thanks to Justin (Day #353). I love Wilson gloves!

Longest Drive for a Game of Catch – Jim (Day #168) intentionally drove 611 miles to meet me for catch on his 50th birthday which was also Father’s Day.

Catch Partner from the Farthest Distance – Simone (Day #143), the only female in Australia’s National Baseball Hall of Fame, was in Springfield because of the National Pro Fastpitch League. Approximately 9300 miles between our homes.

Most Encouraging Catch 365 Supporters – Mom (Day #133) and Shirley Virdon. Almost every day, these two amazing women gave me high fives and words of encouragement for the stories. Their support meant the world to me.

Most Consistently Willing Catch Partner – Harper Satterfield (Day #7) brought his glove to church almost every Sunday for a year. High five, Harper. Way to commit to the cause!