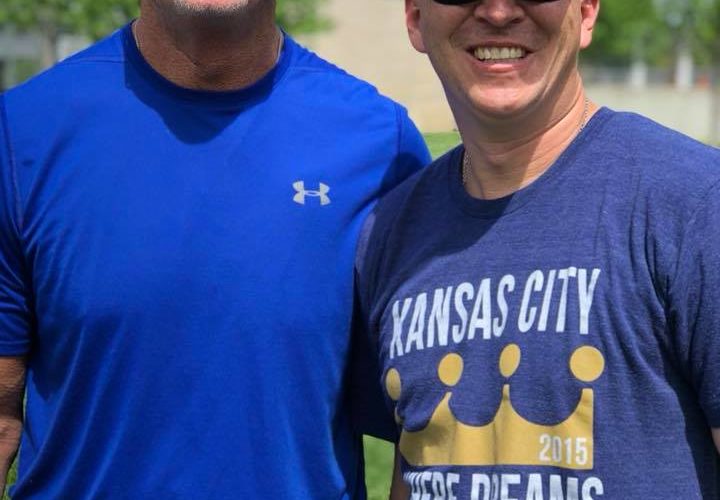 “All men dream: but not equally. Those who dream by night in the dusty recesses of their minds wake in the day to find that it was vanity: but the dreamers of the day are dangerous men, for they may act their dreams with open eyes, to make it possible. This I did.”

Last fall, I was invited to write poems as part of MSU’s creative writing club’s fundraiser for a local non-profit organization. I sat at the end of a white folding table while tablemates tried to convince passersby of their need to donate a dollar in exchange for a poem. I had committed to writing for three hours which included a changing of the tablemate guard. Without any pressing poems to write for paying patrons, I engaged my new tablemate in conversation, asking ridiculous question after ridiculous question and answering her questions in return.

For some unexplainable reason I asked her, “Have you ever seen the movie The Rookie?”

The expression on her face completely changed. At first, I assumed it was because she was so young she had never heard of the movie. And then I wondered if she misheard me and I tried to think of other phrases that might possibly sound like “The Rookie” and could be construed as offensive. She reached for her backpack, unzipped it, and started rifling through it.

“It’s been a hard couple of weeks,” she said. “So I went to the library and checked this out.”

She pulled out a well-worn DVD of The Rookie.

“It’s my favorite movie, the one I always turn to whenever I need an encouraging word. I’ve watched it every day this week after class.”

In my backpack was a copy of my new retro-novel, Dreamfield, the one endorsed by Jim. “Ethan takes us on an incredible journey to his past. In the process, he learns the important life — and baseball — lessons of never giving up on a dream, being present in your life, and allowing God and your faith to carry you through. This is a must-read!”

I handed the book to my tablemate and told her to look at the back cover.

“The Rookie endorsed your book?” she asked.

For the next hour, our conversation took on a completely different tone. Because we each connected to Jim’s story, we were able to talk openly and honestly about all aspects of life. People find hope when they see someone who could be their co-worker, their neighbor, or even their friend accomplish the near-impossible.

At 35, Jim broke into the major leagues and pitched for the then-Tampa Bay Devil Rays. On September 18, 1999 he made his debut and struck out the first hitter he faced on four fastballs (the third one was fouled off). Disney made a movie of his story starring Dennis Quaid. Jim made his acting debut as “Orlando Umpire #2” in the movie. I cannot count the number of times I’ve seen the movie. It’s one of those movies that, when it’s on TV, I’ll stop channel surfing and watch until it’s over.

I drove to KC to visit with Jim who now travels the country as a motivational speaker, encouraging and empowering people as they strive to make their dreams a reality.

The first time I interviewed Jim was for the America at the Seams project. His incredible story of passion and perseverance was the perfect story to represent the state of Texas. Over the years, I can’t imagine how many thousands of times he’s told his story. But, as he told it to me, I could feel hope welling within. I honestly didn’t want to get off the phone. After visiting with him, I wanted to do something epic, something extreme. I guess I’m now following through on those feelings.

Over catch and lunch, I was secretly hoping some of Jim’s dream-chasing baseball mojo might rub off on me. To this day, I continue to hold strong to my ridiculous baseball aspirations. My dream has been the same for the last 40 years of my life — play baseball for the Kansas City Royals. If anyone could give me pointers about making that dream come true, Jim had to be the expert.

Even though the team is out of town, Jim and I met at Kauffman Stadium. I thought about trying to find out if we could get in to a bullpen or play catch in the tunnels, but figured chances were slim at best. I settled for the grass outside the stadium just past the right field entrance. However, I did intentionally choose which t-shirt I’d wear for today’s game of catch.

Jim is a southpaw. I loved watching the tight spins on his breaking pitches and the life and movement he had on his four-seam. He gave me a major league education on throwing a knuckle-curveball, a split-finger change, and changed my slider grip and release point.

If he had the opportunity, Jim would have loved to play catch with The Iron Horse, Lou Gehrig.

“My grandfather was diagnosed with the same disease, with ALS, and I admire his courage and character. Besides, I’d love to talk to the person who had to deal with Babe Ruth.”

He smiled at the concept of Catch 365, “You should be in pretty good shape after a year,” and offered his best tip should I ever throw out a first pitch, “Don’t bounce it.”

“But it’s okay to bounce a slider, right?” I asked.

“People in the upper deck can’t tell it’s a slider.”

“So I should just sail it over the catcher’s head?”

“Sure! Then they’ll see that you’ve got an arm!”

I asked what baseball is teaching him about life.

“Life is a grind, just like the baseball season and if you think you’re beat, then you are. The key is to choose hope. As long as you still hold on to hope, almost anything is possible.”

Chasing dreams takes a little bit of crazy, a lot of courage, and every bit of never give up one can muster.

“Life is never going to stop throwing things at you. How you choose to react determines whether you grow or give up. God took me, the person least likely to be a speaker, and turned him into a storyteller. For anyone who hears my story, I want to encourage them to find ways to give to those around them. You gain so much more when you learn to give. I hope that’s what people take away from my story.”

On the way home, I was thinking about Jim’s almost unbelievable journey while listening to the audio book of Anne Lamott’s Bird by Bird. A semi going the opposite direction threw a rock at my van and shattered the windshield. Money I had planned on spending on a catch-playing road trip was now needed to replace the spider-webbed glass.

“Life is never going to stop throwing things at you.”

Thank you, Rookie, for living such a great story. 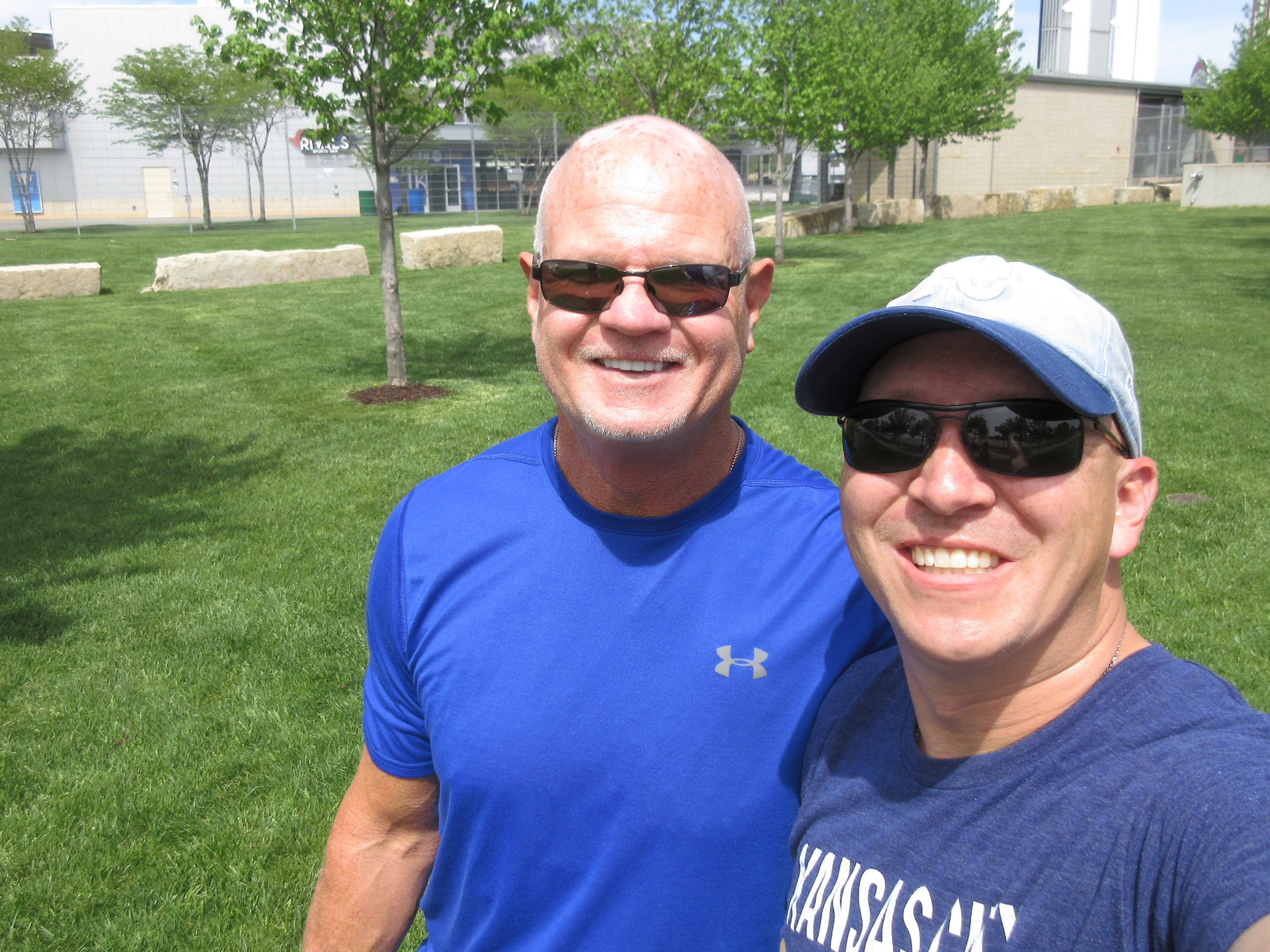