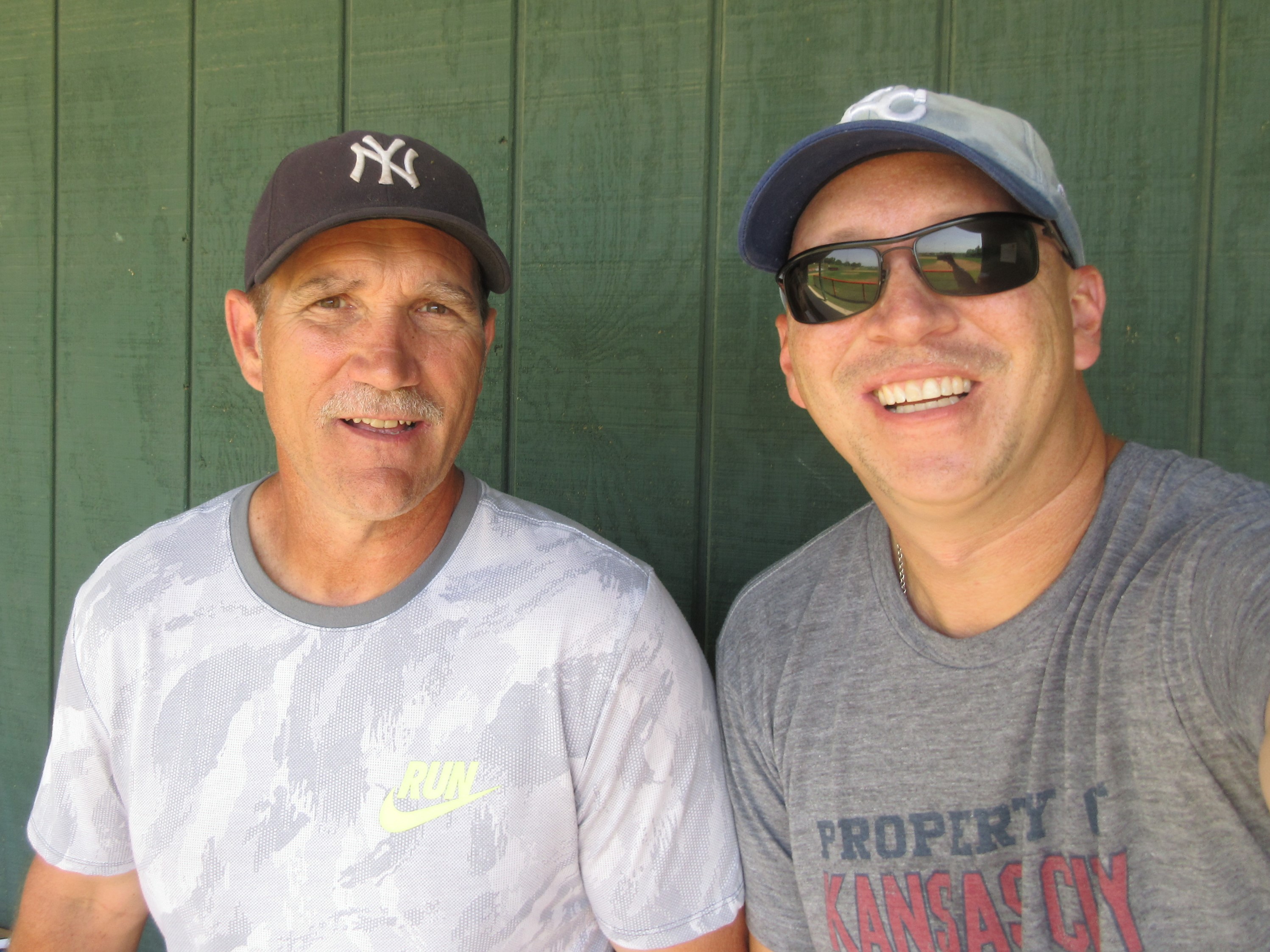 Coach Essick greeted me wearing a New York Yankees hat and I immediately thought of a quote by George Brett, “If the Royals win six games all year, if they’re going to go 6 – 156, I hope they beat the Yankees six times.”

So far, the Royals are 1 – 2 against the Yankees. The Royals won’t lose 156 games this year, but they might come much closer than I’d prefer.

“I love the Yankees history, all the great names, their legacy in this game,” Coach Essick said. “And Donny Baseball, what a player!” Like Mattingly, Coach Essick throws left handed and hits left handed, though he played outfield.

“I was too short for first base.”

Mike Essick has been the head coach of the Ozark High School baseball program for 24 years. His record is 449 – 210 and includes two state championships, six district championships, and 15 Central Ozark Conference titles.

“Look at the names of those teams,” he said, pointing out toward centerfield, “This is a tough, tough conference. The kids who play here are talented, great kids. It’s remarkable to think about 15 conference titles in 24 years. They do the hard work, put in the time, and good things happen.”

My introduction to Coach Essick came the day of the Missouri Sports Hall of Fame baseball luncheon. During his induction speech, I heard him speak above the walk-off music and was incredibly impressed by the number of current coaches throughout the area and players impacted by his leadership and program.

“This is a game of doing things together. I wanted to thank everyone who helped make this program what it is today.”

Coach Essick is leaving is own legacy, too, with former players who are coaching all over the Ozarks.

“I’m really proud of the coaching tree, all the guys who are sharing their knowledge and love of the game.”

As a coach, one of the most important lessons he’s learned is to never take anything for granted. He told me heartbreaking stories of players who had bizarre illnesses and injuries that resulted in the end of their playing days.

I know all about weird injuries. Like Coach Pittman taught me as a freshman in high school, enjoy every day you step on the field.

Since he’s in the Hall of Fame and he’s won multiple state championships, I didn’t know if Coach Essick would have any baseball dreams.

“I’d love to throw batting practice to the Yankees at Spring Training. I might be nervous for a few throws, but I’d get into a rhythm and just have a blast.”

We were playing catch in the bullpen at Ozarks High School when he said this. I instantly thought of the days I’d throw batting practice to the varsity hitters. I served up some great home runs. I also think one of the best curveballs I’ve ever thrown was during batting practice.

“During the season, I’ll throw 300 – 400 pitches of batting practice and then do it again the next day.”

I thought about volunteering to take some swings against the southpaw but left my bat at home.

“Pay attention and this game will teach you everything, especially during adversity. It reveals your character quickly and emphasizes self-control. It’s a game about making the most from what you have been given.”

Tip of the hat to Coach Essick and his amazing work at Ozark High School. Coach, I want to see video of you throwing to Judge and Stanton!