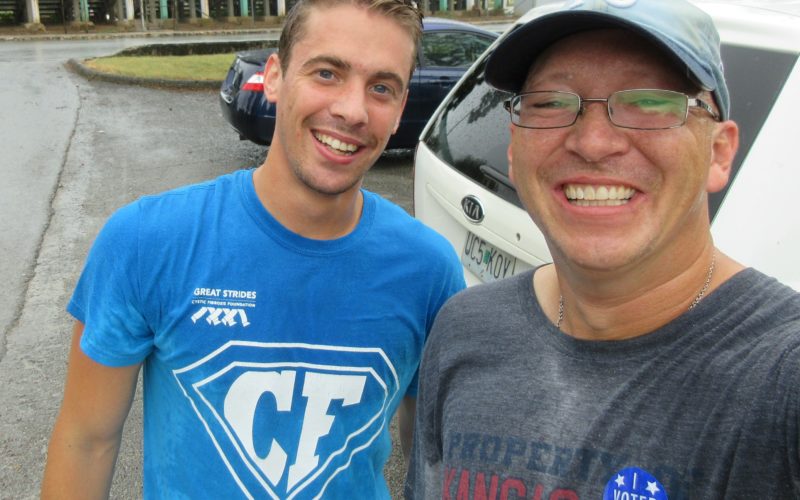 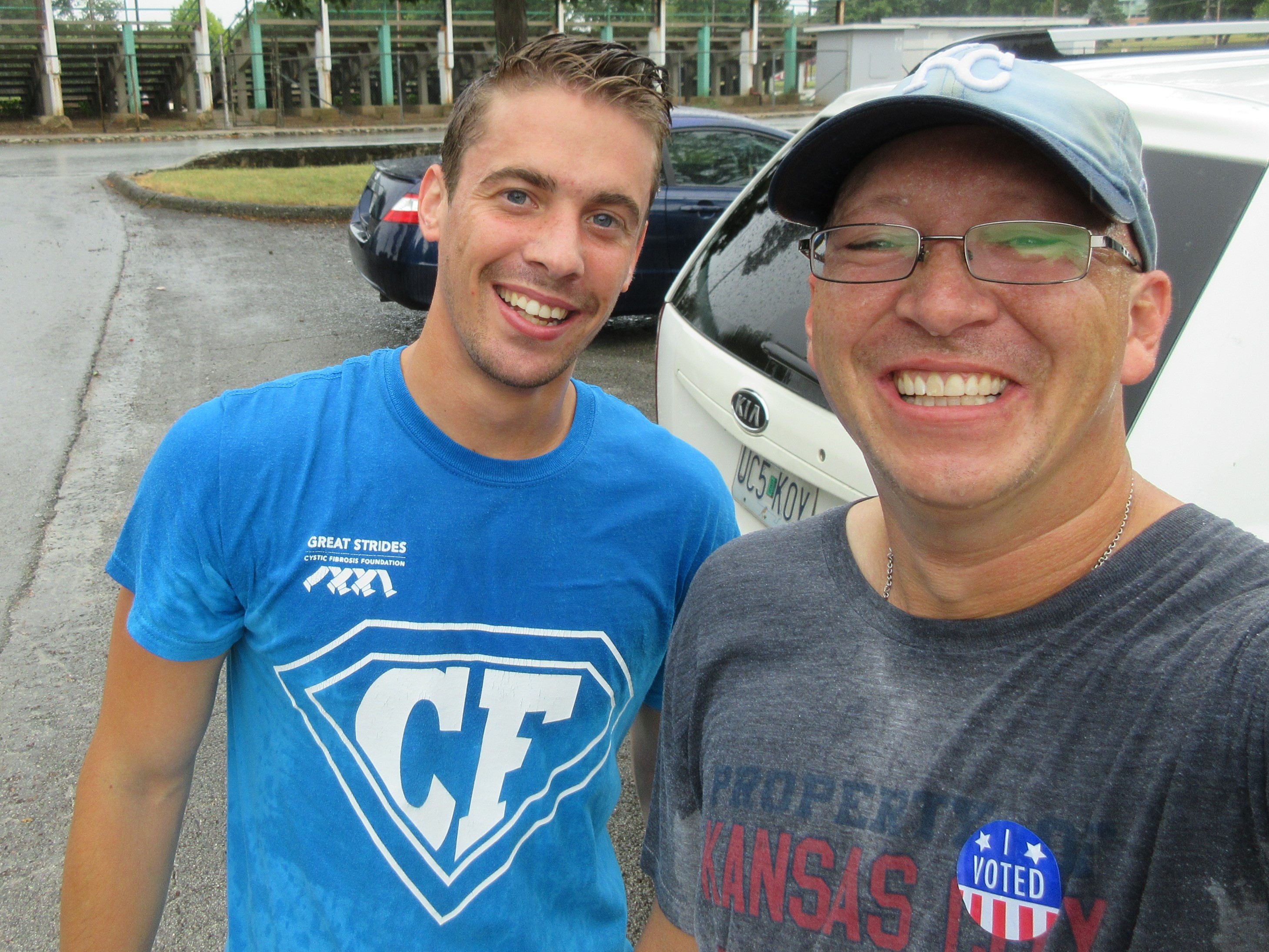 Unlike 2015 ALCS Game 6, the rain delay did not work in the Royals favor last night. I’m down one game in the Cubs series to Shane and Shaun and am holding on to hope for a victory tonight.

Rain delays can be exhausting as a fan and as a player. Occasionally, particularly in minor league or independent league baseball, a group of players will engage in rain delay hijinks to the delight of all trying to stay dry.

Playing catch in the rain is closer to a rain delay game than a normal game of catch.

Kody, a Royals fan who is headed to cheer on the team to victory over the Cardinals on Saturday, agreed to get soaked at Fassnight Field.

I’m not usually a fan of getting wet, but as soon as I saw the radar this morning, I made up my mind to have a blast in the rain.

It took about four throws for my shirt to be drenched and my hat to be dripping. Two more throws and my glasses were fogging over with every breath. A couple throws after that and the pocket of the glove was soaked. It made weird noises and I could feel the ball slip when I tried to squeeze it closed.

As for the baseball, it pretty much felt like throwing a solid ball of snot. Sometimes it just slipped out of the hand in more or less the general direction of the other person. There was virtually no “movement” on any of my pitches, not that there is ever much movement to begin with.

Kody played varsity baseball all four years of high school, an outfielder, and played quarterback his freshman year in college. Even throwing a slick ball, he’s got a great arm. He plays softball weekly in Urich, just a few miles south of KC. I’ve seen the sign on the stretch between Clinton and Harrisonville countless times and stopped at the gas station on multiple occasions.

“On Sundays, the Urich Town League is a pretty big family ordeal. If kids bring back a foul ball or a home run ball, they get a popsicle. The Royals actually helped rebuild the infield and dugouts, donating $20,000, and a local company donated materials for the fence.”

We laughed as we ran and slid around on the outfield grass, playing long toss and practicing quick double play exchanges. The rain continued to fall and my glove made more unusual noises with each successive catch. Shoes squeaked on the grass and the ball skipped instead of bouncing.

Kody is also a helper, as Mr. Rogers would say, and it’s reflected in his job and best advice.

“Work hard and help others get what they need and you’ll find that your needs will also be met.”

Side note: I voted.