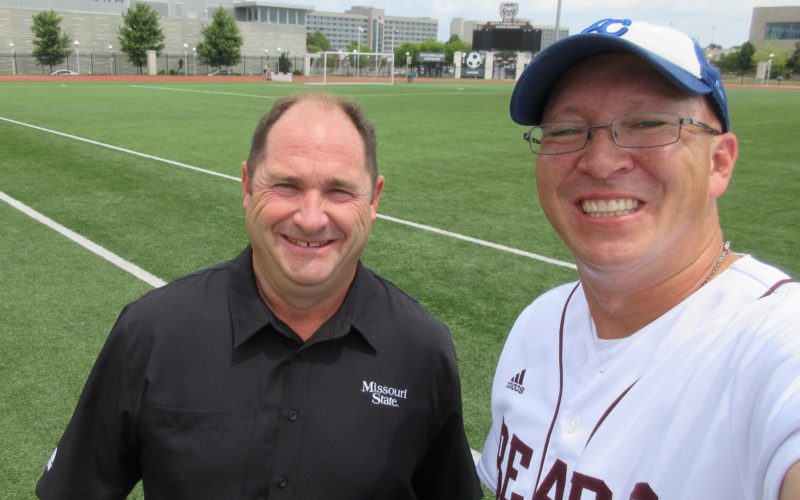 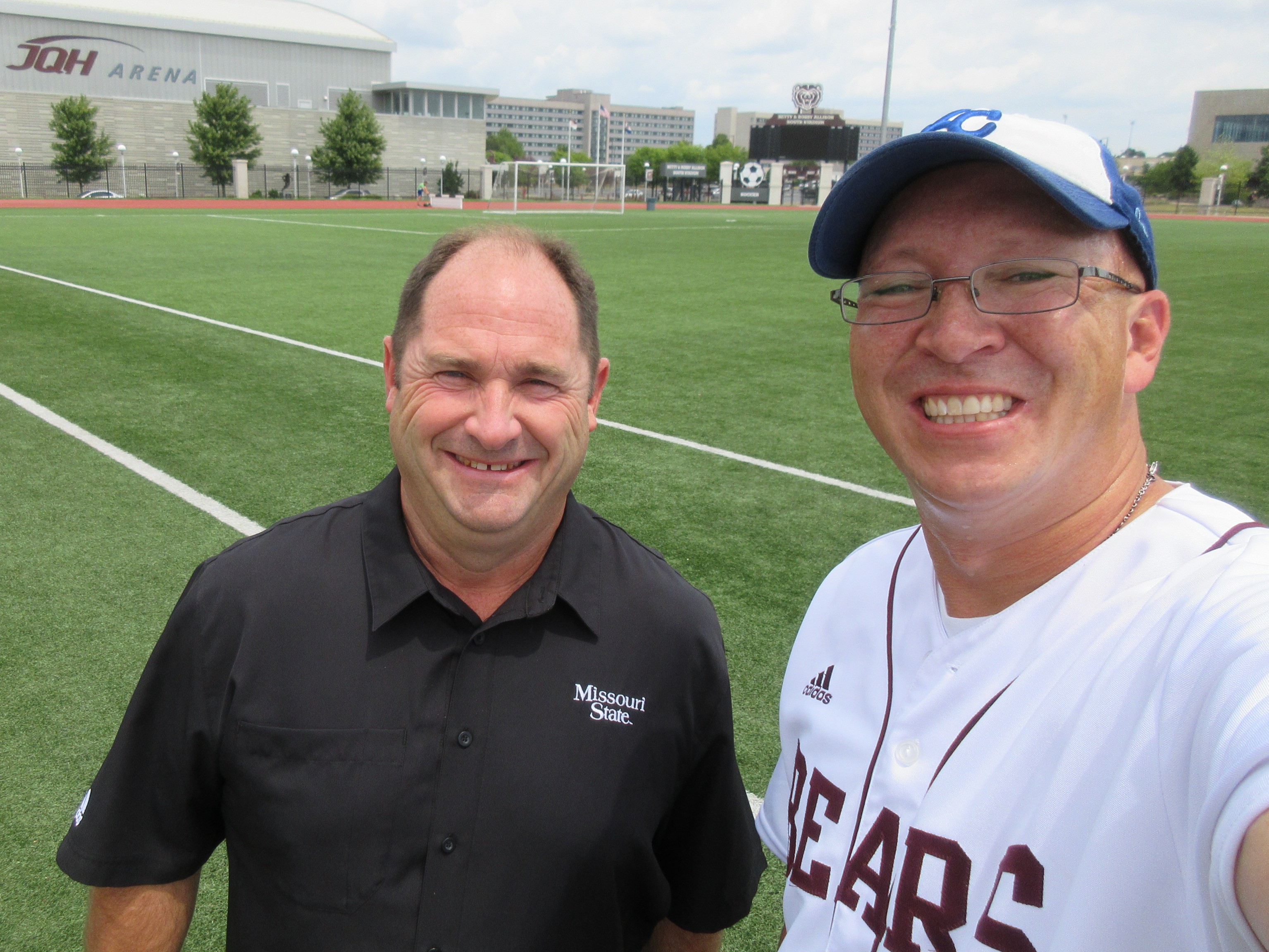 I thoroughly enjoyed my time as a student at Missouri State University, graduating from the Honor’s College with two directions in the name of the college on my degree. I’m still quite proud of those two directions.

It was at MSU that I wrote my first important baseball story, researching Lou Gehrig’s Disease (ALS) for a biology class. It was the only paper for which I received a perfect grade. The professor asked me after class if he could keep it. It was at MSU that I first started telling stories in front of people — stories of growing up bald and stories of hope through struggles and stories of making new friends. And it was at MSU where I met Jamie; we were married the last semester of my senior year.

Kyle is a former collegiate athlete and currently the Athletic Director at Missouri State. He grew up playing all sports — golf, tennis, baseball, basketball, football — about 100 miles west of Chicago.

I am almost positive I remember seeing the signs for Dixon at some point on the first Catch 365 tour.

I wore my Bears baseball jersey to honor the occasion of catch on campus, my first game at the Allison South Stadium. I brought an extra glove in case he needed it, but Kyle had a beautiful all-white leather first baseman’s mitt. It turned out that my first question was the hardest one to answer.

“I don’t remember the last time I played catch. I’ve thrown the football around some, but with a ball and glove, I’ll have to think about it.”

A fan of the Chicago White Sox, what Kyle loves most about sports is competition.

“I love to compete. I’m not someone that loves to win, but I hate to lose. If I practice and work hard, I expect that I will do well. If someone is better than I am and I do lose, I can respect that. I don’t have any problems with that. But I don’t want to disappoint myself and not work hard.”

Kyle’s job is to provide the resources necessary for the coaches and student-athletes to succeed. Missouri State had quite the successful year last year in almost all of its athletic endeavors.

“I love seeing the success of our coaches and student athletes,” Kyle said. “I would love for all of them to have the experience of playing in their respective NCAA tournaments, competing nationally against the top teams.”

Simply put, I’m a fan of sports. If there is a sporting event being broadcast, I’ll watch it. Rugby. Curling. Table tennis. Triathlons. Roller derby. I love watching people compete and push themselves. I love participating vicariously and the contagious synergy of a team. That said, I honestly don’t know much about the role of an athletic director. Kyle graciously taught me some of the ins and outs of his work as well as what he’s learned on the job.

“There is no substitute for hard work. That aspect of one’s character — the willingness to do hard work — carries over to all aspects of life.”

On Friday, September 28, the Royals will host Missouri State Night at the K. President Clif Smart will throw out the first pitch and maroon and white KC hats will be given to those who purchase the theme ticket. The Royals will host the Cleveland Indians who, most likely, will have the division wrapped up long before that game.

Even so, I still might have to make the trip to support my beloved team and my alma mater.

Maybe I can tell Trevor Bauer about playing catch with Stan (Day #206) and his “Trevor Bauer off-speed pitch.”

Do NOT follow this link or you will be banned from the site!