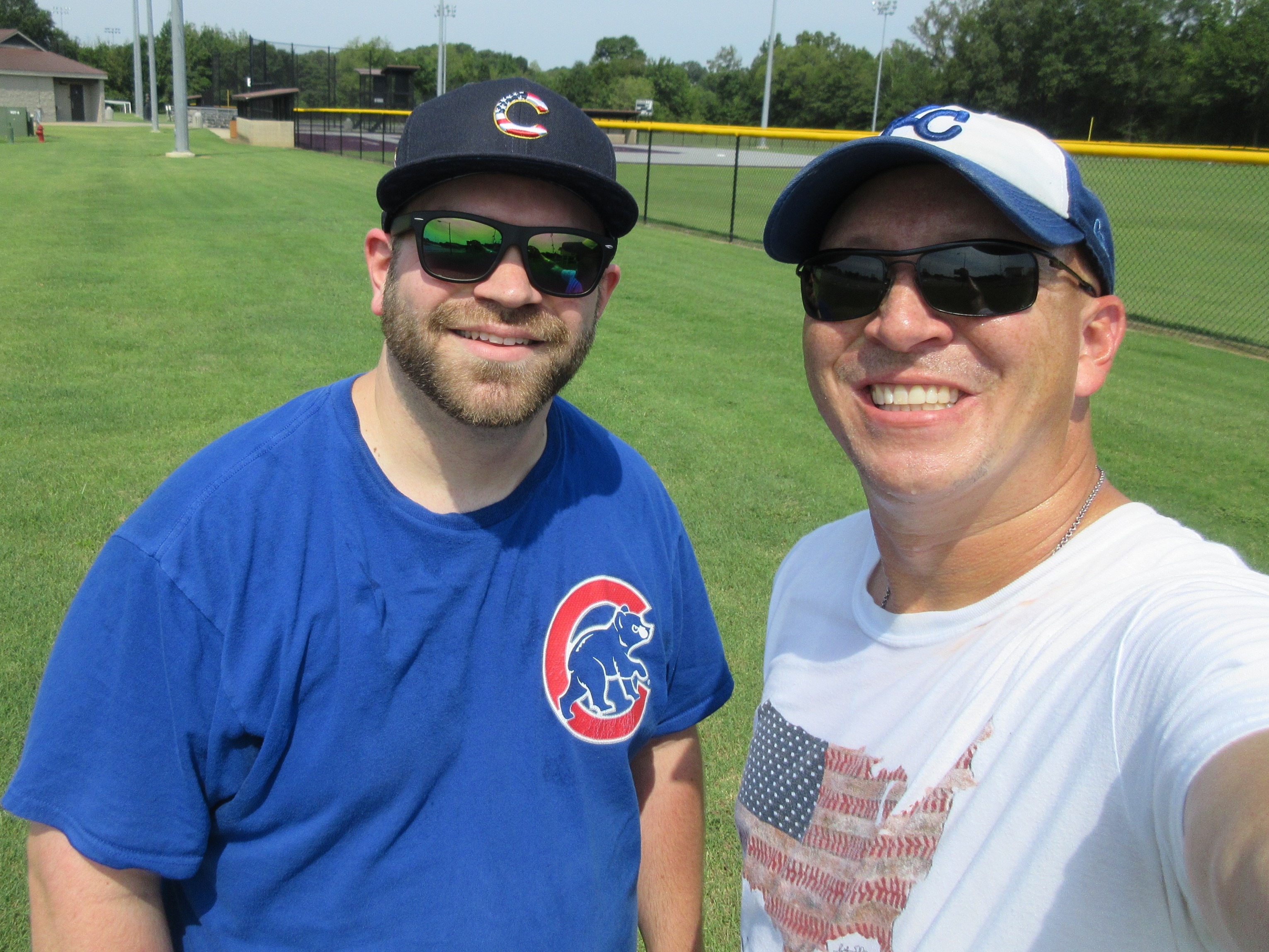 The last time I was in Conway, Andy wrote a story about Catch 365. Knowing that my wife, sister, and daughters were all scheduling a return trip, I asked if he’d be up for a game of catch at some point in the not-too-distant future.

Andy is the sports reporter at the Log Cabin Democrat and plays softball regularly even though he tore a muscle in his throwing arm. He hasn’t had surgery yet and it didn’t appear to affect his throwing any whatsoever.

“Because of rainouts, there was one week where we had to play 5 games. That was a lot of fun, but pretty tiring, too.”

He greeted me wearing all things Cubs — a new 4th of July hat purchased at Navy Pier and a Javy Baez t-shirt. I told him that I wasn’t currently pleased with the windy city team. He laughed.

“My wife and I went to Wrigley this summer and the Diamondbacks were in town. The Cubs didn’t play too well. Even though the wind was blowing in, Paul Goldschmidt still managed to get one in the basket.”

We met at the Athletic Complex of the University of Central Arkansas. I drove past the purple and silver striped football field on the way and delighted in the creative coloring. There was a scrimmage taking place or else I might have suggested playing catch on that field. As happens naturally when playing catch, Andy started telling me stories.

Stories about the time Paul Goldschmidt played a game at UCA and hit the longest homerun ever at Bears stadium.

Stories about Mississippi State University’s Alex Wilcox’s battle against ovarian cancer and the creative way the softball team from UCA supported her, wearing Wilcox on the back of each of their jerseys and auctioning them off to support her battle.

Stories about Jackie Stiles. Andy was in the stands the night Jackie broke the NCAA scoring record. Andy wrote about her inspiration on the court and off the court in her new battle with ocular melanoma.

Stories about Brad Ziegler. Brad now pitches for the Diamondbacks but didn’t pitch for them when Andy saw the team play in Chicago.

“When I was in sixth grade, my parents started a basketball league in Springfield. Brad went to church with us and used to ref some of the games. I knew who he was, that he played baseball, and thought it would be really cool to pick his brain. I was trying to find any advantage I could in little league. He taught me how to throw a curve, but wouldn’t teach me a slider. He didn’t think I was old enough to throw it.”

So, just outside the intramural softball field, Andy and I practiced Brad Ziegler curveballs.

As a thank you for his stories and time in the heat and humidity, I treated Andy to a Dr Pepper before heading back to Katy’s house and jumping in the pool.

Baseball really does bring people together and tells the best stories. 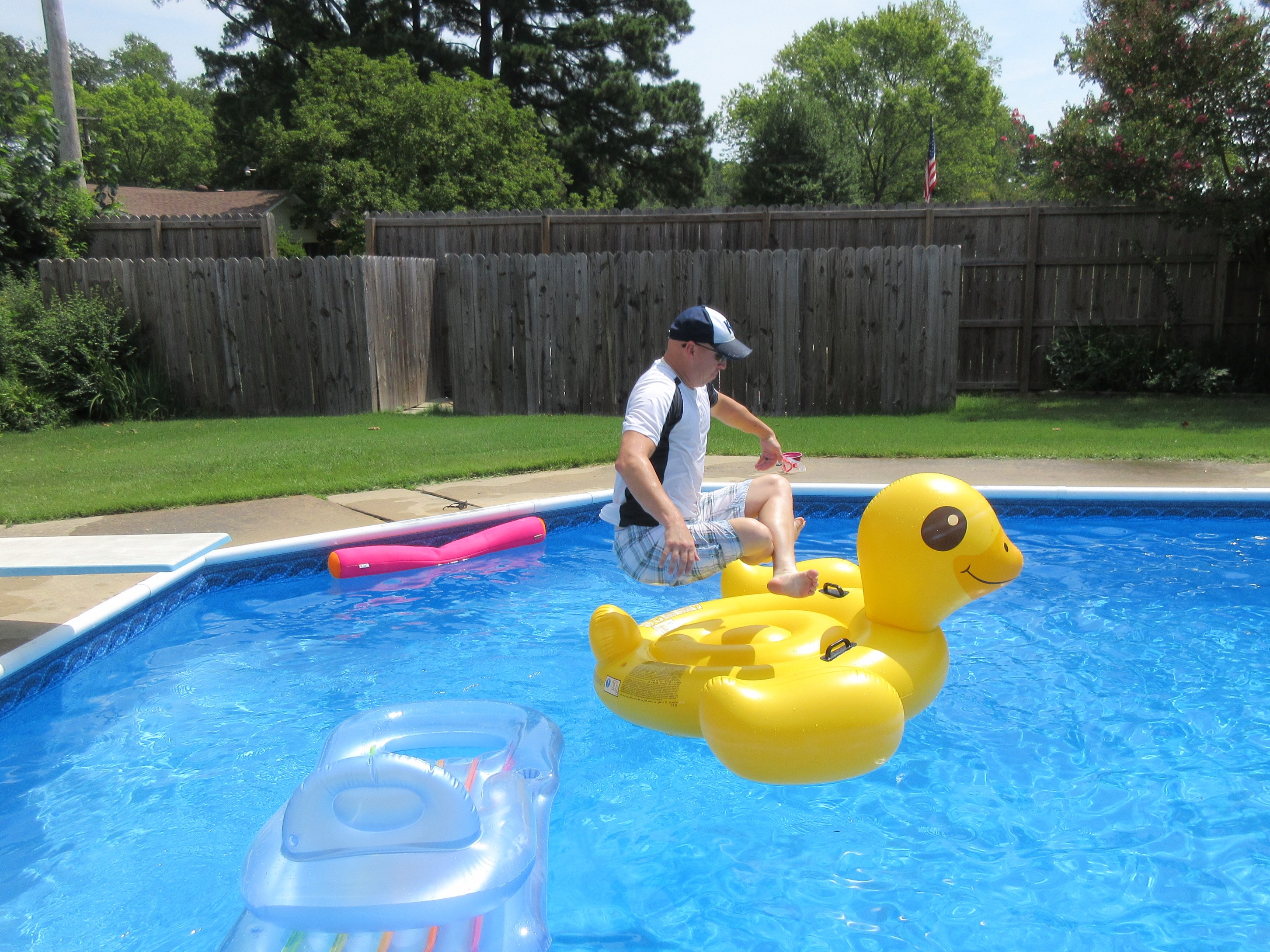