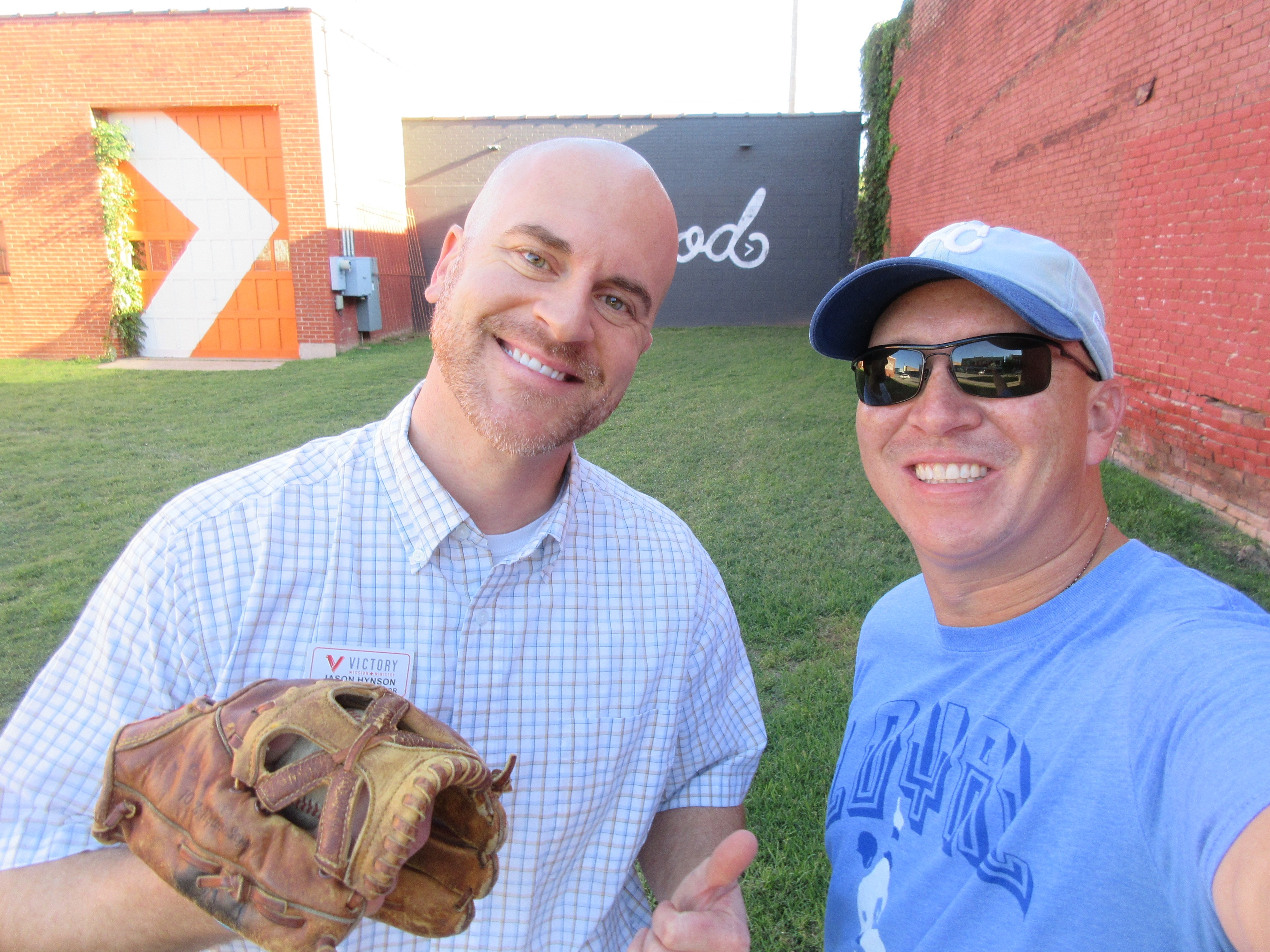 “This was my brother’s glove. He’s nine years older than me and I just kept it when I left home. I was working at a boys’ ranch in Texas and it was falling apart, not being used for anything. A guy said he could fix it, that he could re-string it for me. Now, when I catch it in that sweet spot, it just feels right.”

An old infielder’s mitt with thick leather and all tags worn off. Just taking a guess, I think it is a Rawlings as I don’t recognize the large X string in the webbing. I tried it on for a few moments opening and closing it. This is a well-loved glove. And even though Jason was talking about this old glove, he perfectly described his life and his calling.

Jason is the Executive Director at Victory Mission. He’s assembling a dream team including Trent (Day #159) and Captain Springfield (Day #194) who are working together to change lives in Springfield.

“There are just so many people who think they’re done. They are worn out and tired and don’t feel they have a place anymore. But, if someone can work with them for just a little bit, can walk alongside them and give them hope, they’ll see just how much they are needed. Second chance. New life.”

Jason has been at Victory Mission for almost two years. As we played catch in the shade in front of the Do Good mural just up the street from Victory Mission, I remembered the scene in Field of Dreams and the conversation between Ray and Doc Graham in Chisholm, Minnesota.

“Hardly anybody recognizes the most significant moment of their life when they’re happening. Back then I just figured there’d be plenty more days. I didn’t know that would be the only one.

“Now, let me ask you a question, Ray Kinsella. What makes that half-inning so interesting that you come all the way from Iowa to ask me about it sixty-five years later?”

“I didn’t really know till just now. But I think it’s to ask you if you could do anything you wanted to…if you could have a wish…”

“Ahh…And are you the kind of man who could grant me that wish?”

Doc wished for the chance to get one at bat, to wink at the pitcher just as he winds up, and then finished with a question for Ray.

“Is there enough magic floating around in the night out there for you to make that wish come true?”

“We need a building so that we can house women as well as men. Right now, we could easily fill 75 beds for women. They need a place where they can safely store their stuff, sleep and eat, and have trained staff coach them and encourage them to a second chance, a new start at life.”

I asked for a price tag.

Maybe that dream can come true to celebrate Jason’s second anniversary in November.

Ask and it will be given to you…