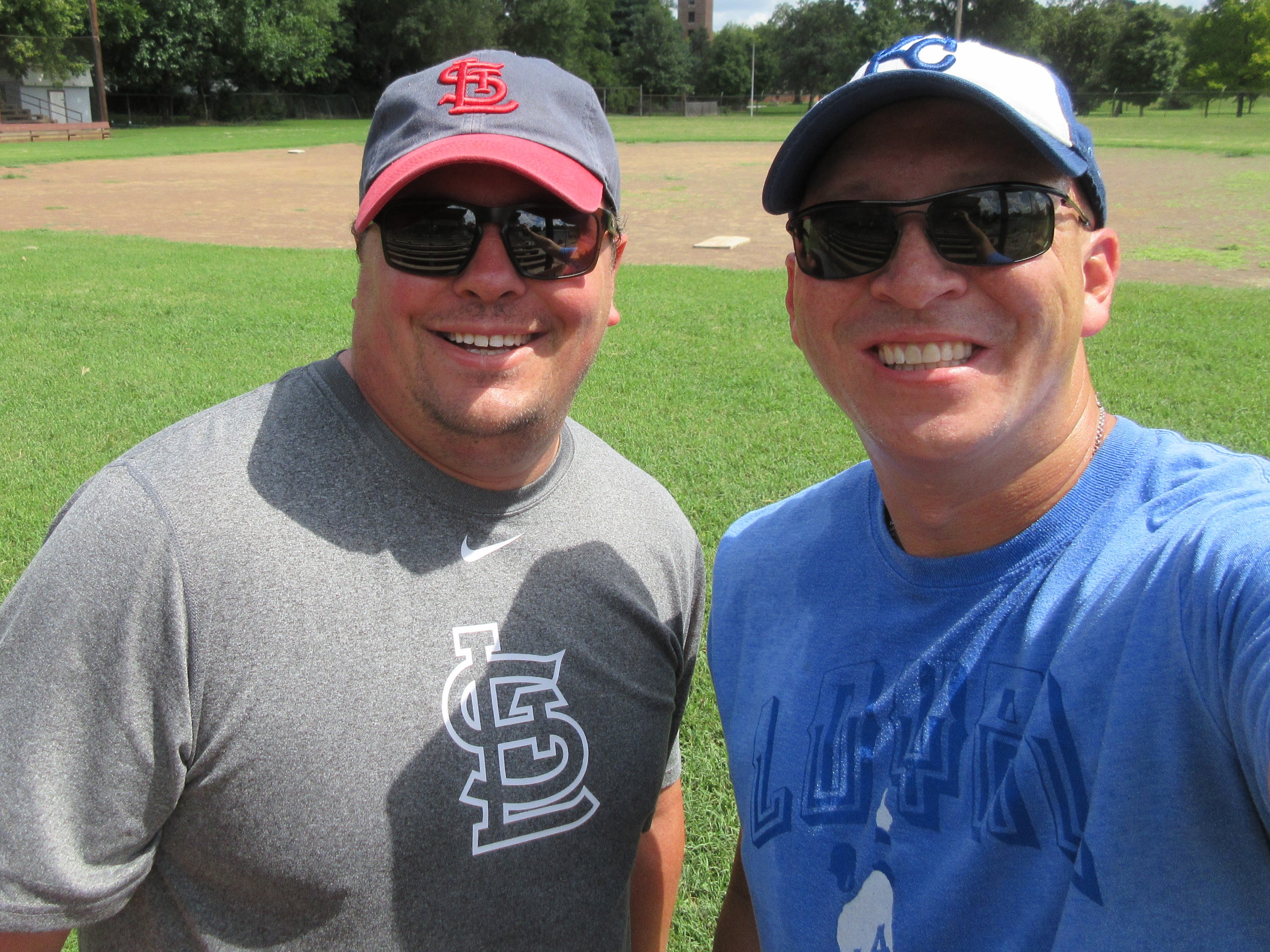 At the age of 3, Greg’s hand got caught in the sliding door of an elevator. Firefighters were called in for rescue.

He showed me the scar on his bionic elbow that looked similar to a Tommy John surgery scar. His elbow was dislocated and broken while he was throwing a ball as a seventh grader. Not to mention the countless other surgeries necessary from his time as a catcher and goal-keeper, both in hockey and soccer.

“I’ve never been afraid to use my body to stop a ball,” he laughed.

Greg is now a firefighter and EMT with a fascinating hobby — turning old, beat-up baseball gloves into wallets, watchbands, purses, and dog toys. His grandfather was a master carpenter and passed along his wisdom and skills to Greg who used to refurbish furniture. He got the glove-to-wallet idea scrolling the interwebs one day and now has a growing business. 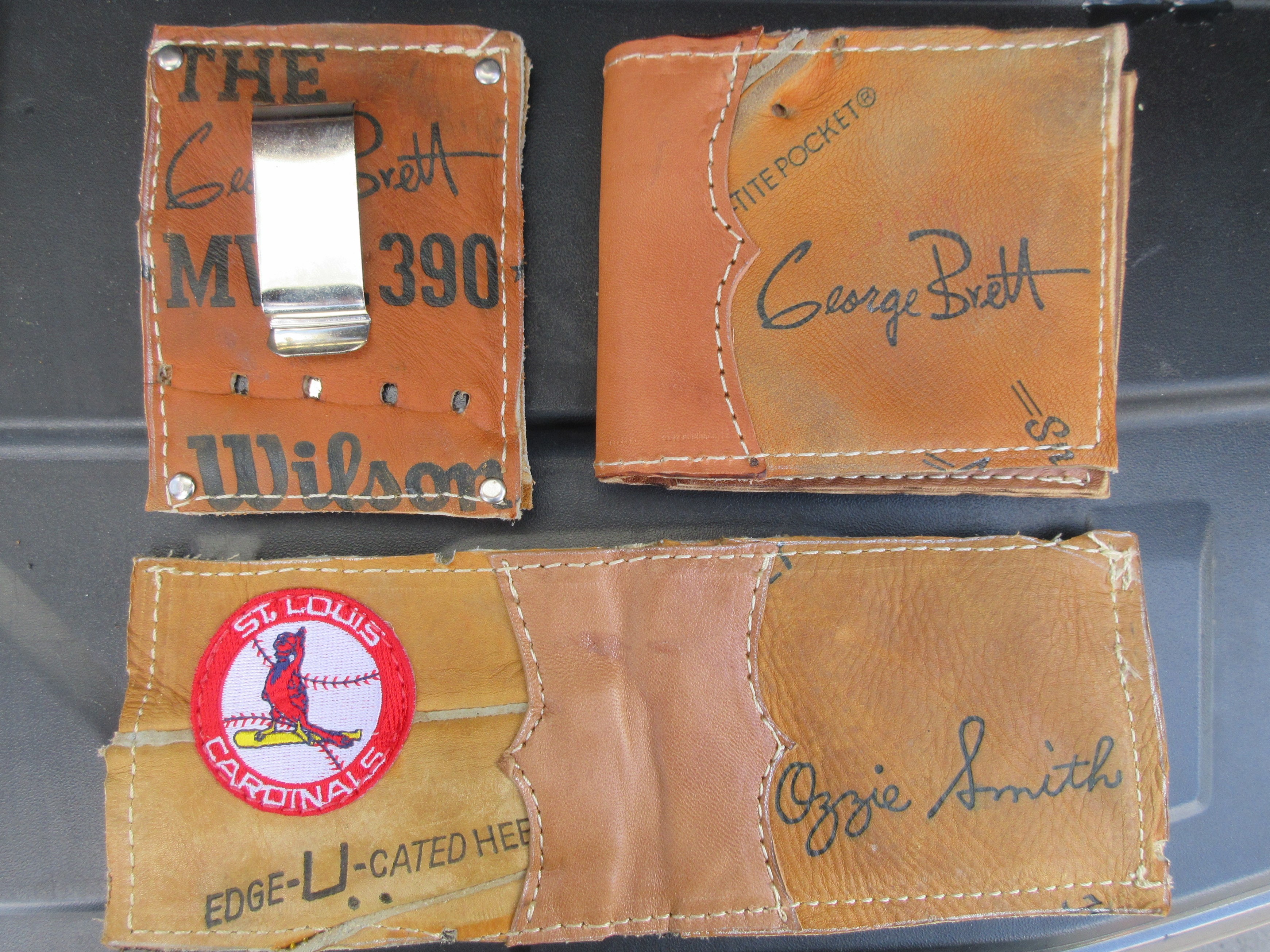 We convened at Fassnight Field in the middle of a party at the park and pool, full of music and classic cars. Greg kept his eye out for Mustangs. I was scoping for Corvettes. We were the only ones with baseball gloves in tow.

“It’s been at least 10 years since I really threw a ball,” Greg said as he told me of his life journey from Colorado to Canada back to Colorado and then to Missouri. I laughed when he explained his first encounter with humidity, which I am convinced really does help loosen up tight muscles.

He bragged on his wife who surprised him with a trip to Wrigley Field this past summer to watch the Cardinals play the Cubs. “Yeah, the Cubs thumped us, but it was still such a great trip.”

After we warmed up and stretched out our arms, Greg relocated behind home plate and I ran to second base, slapping down tags as he sailed the ball my direction. Greg offered to play catch any time I’m willing to work around his firefighter schedule.

He gifted me with a beautiful Royals money-clip wallet as the sweat streamed off the bill of my cap.

“That was a ton of fun. It’s been a little while since I’ve been able to simply enjoy life like that.”