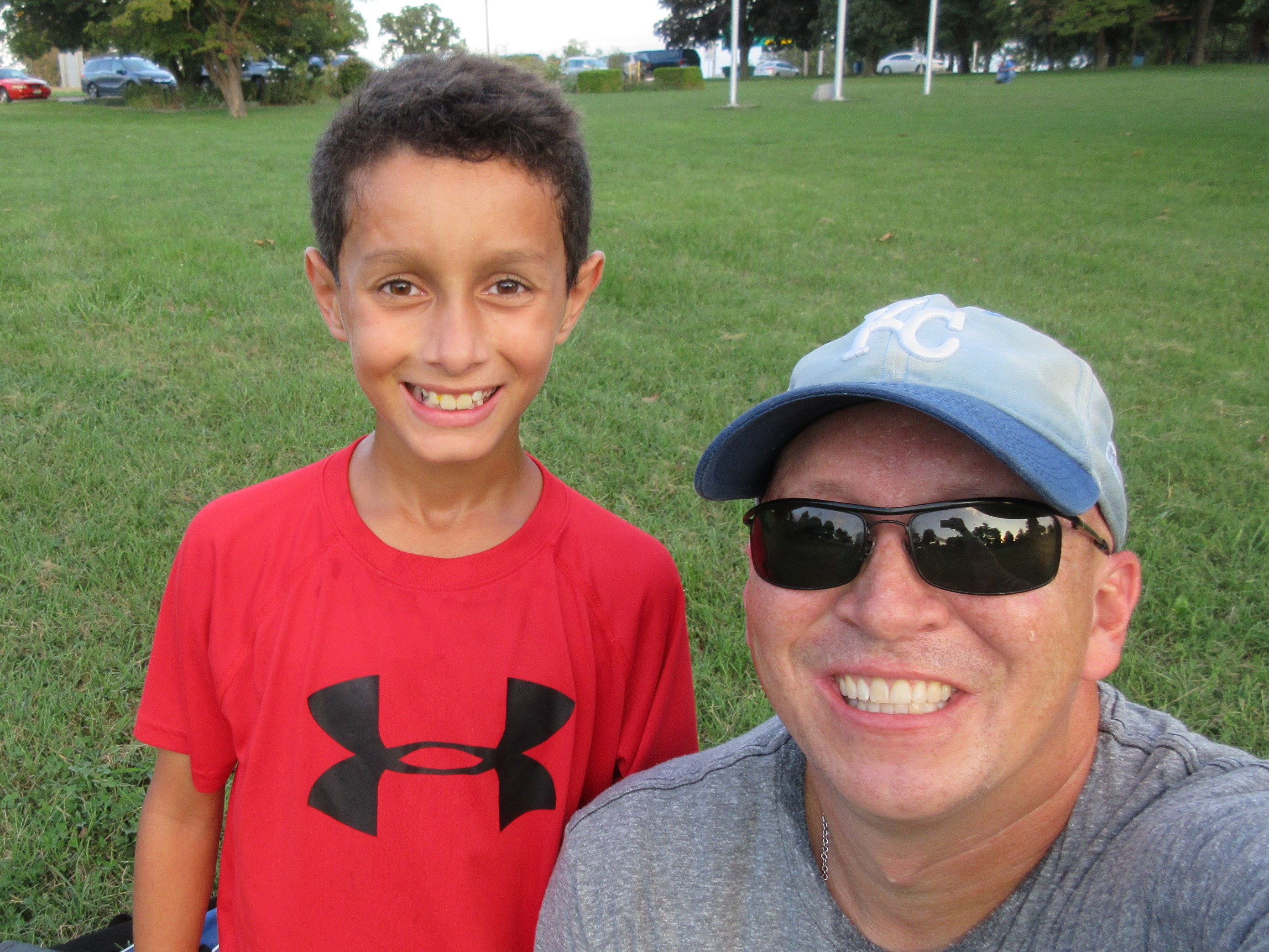 His name is Ethan, which is a name of Hebrew origin meaning “Strength.”

“Salvy’s my favorite, but I like Lorenzo and Hosmer, too, even if they aren’t on the team anymore.”

He’s a pitcher, middle infielder, and a centerfielder who loves both the Harry Potter books and movies.

He hit me some fly balls and grounders; I threw him pop-ups and short hops. He even used the old Wilson for a little bit.

We took turns practicing pitching as the sun was setting. He was able to paint the black on both sides of the plate. I was satisfied I didn’t bounce any pitches.

He dreams of playing baseball for the Royals one day, a feeling that I know quite well. I gave him my best advice, which is the best advice I have for anyone chasing whatever dreams are whispered to their hearts.