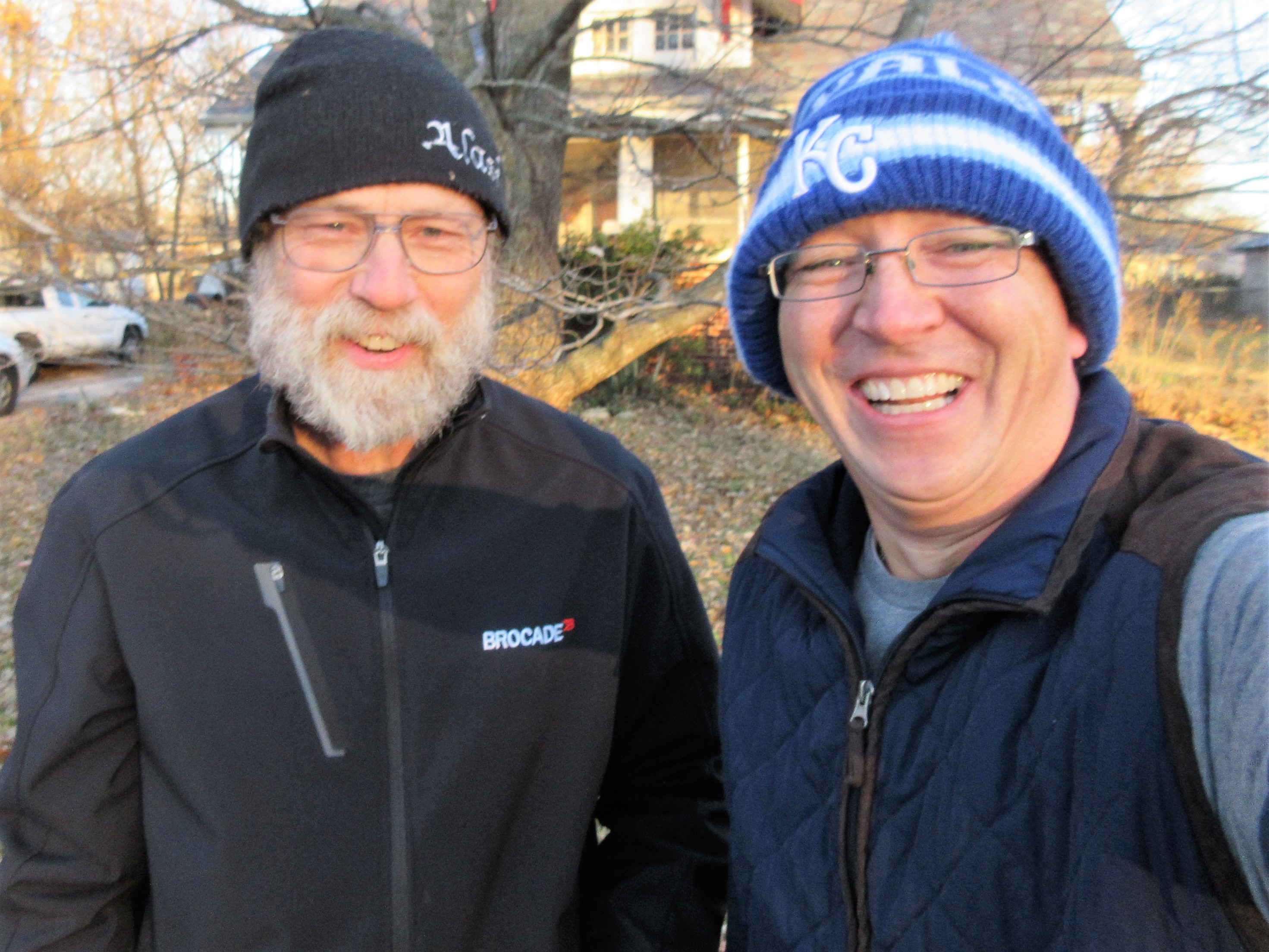 In the late 1980s, when Eric moved to Springfield from Texas, he moved into my neighborhood, only two blocks away from the house I lived in when the Royals won their first World Series. But I didn’t know him then.

On the Sunday I played guitar at church, Eric played bass. He started playing bass when he was 15 years old and music has followed him his entire life. He played bass at church yesterday, too, and I found myself watching his runs and fills and scales, delighting in the foundation a bass brings to a band. I could relate to his joyful frustration of attempting to play a 5-string bass after learning on a 4-string. I only played a 5-string bass once and vowed to never again torture those who might hear me miss so many important notes. Eric’s scheduled to play at church again in a couple of weeks and is thinking of breaking out the 5-string.

Sitting in front of his fireplace, I spotted a couple of Far Side books, a half-size acoustic guitar, and an Astros hat among the pictures of the grandchildren.

“I keep my glove in my car, just in case my grandson wants to play catch,” Eric said.

I knew I had found a kindred soul.

Eric grew up playing ball in Beaumont, Texas and stopped playing when his family moved to Houston.

“Who knows what I was thinking, you know? I really don’t know why I quit playing.”

When Holly (Day #275) and I were at the park, I spotted Eric. Except I didn’t know it was Eric. You know how it is when you see someone you recognize but see them in a new context and so your brain can’t process who that person is?

Like the time I saw Eric at Mudhouse Coffee downtown while I was working on a book, but because it was on a Monday morning at Mudhouse and not a Sunday morning at church, my brain completely shut down and he had to reintroduce himself to me and I felt horribly embarrassed.

So, while Holly and I were playing catch, Eric was on the phone. I yelled his name when he hung up.

“I thought that was you,” he said. “What are you doing over here?”

We then learned that, for the second time in our lives, we lived two blocks apart.

We left the comfort of the fireplace and stepped out in his front yard, Eric grabbing his glove from his car on the way.  In the leaves in front of the naked tree, with the temperature at the freezing mark, we tossed an oh-so-slick baseball, much to the delight of the neighbor across the street who was splitting firewood on his porch.