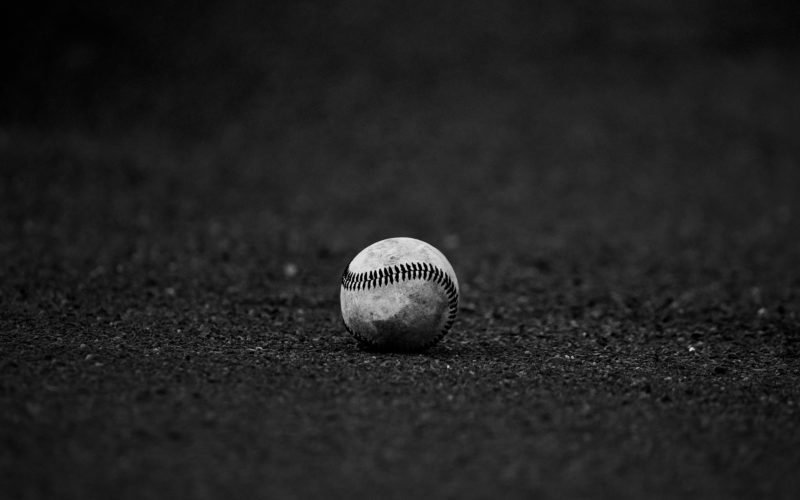 That four-word mantra is visually demonstrated in the America at the Seams map of Baseball Seams Co (soon to be a puzzle!) and in every game of catch I’ve ever played. Baseball brings a city together to welcome a new friend coming home from South Korea; thank you, Sungwoo for inviting me into your story. Baseball brings people together to cheer for the underdog, to witness the unforgettable, to dream audacious dreams.

I remember watching the Royals host the Yankees and sitting next to an elderly gentleman decked out in all things pinstripes.

“I used to work at Yankee Stadium,” he told me when I approached him in my powder blues. Almost every inning, he shared a story of interactions he had with players as he teased me of some of the rivalry games between the two teams. Now living in Kansas City, the gentleman told me he appreciated the beauty of Kauffman Stadium, but the Yankees were the team of his heart.

On that particular night, however, a handful of Royals pitched brilliantly, leading a team that would eventually lose 106 games to complete a sweep of the Yankees, that year’s AL East Division Champions. At the end of the game, the gentleman stood up and tipped his hat and shook my hand. “Good on you for sticking by your team.”

I bought a new t-shirt to wear tomorrow (and the remainder of the year). I figured I’d wear it under one Royals jersey or another, but the choice of t-shirt was intentional and important to me. It’s a shirt honoring the centennial of the creation of Rube Foster’s Negro National League. The Negro National League is full of stories of courageous ballplayers who knew something about facing and overcoming incredible obstacles. I bought the t-shirt to wear on MLB’s Opening Day.

But, tomorrow will not be Major League Baseball’s Opening Day.

I will not be watching the Royals play on the south side of Chicago or any of the other 14 games which were supposed to kick off the 2020 season.

I will not be going to the batting cages or sending out catch-playing invitations or wishing I’d taken a road trip to join in the Opening Day festivities.

Instead, I will be joining the good people of Springfield, Missouri by staying-at-home as directed by our city’s governing officials. At home, I will be praying and thinking and dreaming. I will also be watching movies, losing to my family in board and trivia games, exercising, and writing, writing, writing.

I never imagined I’d be living through a movie scenario. The Covid-19 pandemic should be a lesson in humility, reminding us of our common humanity and mortality, teaching us to number our days and consider the needs of our neighbors as we wrestle with our wants.

I’ve already seen some of the best of humanity, from strangers giving up grocery items to others in line to the courageous and essential efforts of teachers, grocery workers, utility providers, truck drivers, and all of the doctors and nurses. Thank you, thank you, thank you.

I’ve also seen some of the worst of humanity, the rampant greed and selfishness, of those trying to profit from hoarding to people going to jail for licking toilets and deodorant.

The closings of colleges, schools, and sports, along with almost every other entertainment and social venue, should be a bold reminder of just how little any of us actually control. We are frail and fragile creatures, intensely dependent on others to make it through the day.

I resonate deeply with the words between Frodo and Gandalf.

“I wish it need not have happened in my time,” said Frodo.

“So do I,” said Gandalf, “and so do all who live to see such times. But that is not for them to decide. All we have to decide is what to do with the time that is given us.”

In a period when people of faith were anxiously uncertain and filled with questions only God could answer, Isaiah wrote words reminding us of the One in control, words to help us lean into hope.

Why would you ever complain, O Jacob,
or, whine, Israel, saying,
“God has lost track of me.
He doesn’t care what happens to me”?
Don’t you know anything? Haven’t you been listening?
God doesn’t come and go. God lasts.
He’s Creator of all you can see or imagine.
He doesn’t get tired out, doesn’t pause to catch his breath.
And he knows everything, inside and out.
He energizes those who get tired,
gives fresh strength to dropouts.
For even young people tire and drop out,
young folk in their prime stumble and fall.
But those who hope in God get fresh strength.
They spread their wings and soar like eagles,
They run and don’t get tired,
they walk and don’t lag behind.

Baseball is a game of hope. Whether you win or lose, whether you’re the hero or the goat, the grind of a season of 162 games teaches us this: Tomorrow is a new day. No matter who is on the mound and who is in the box, until the last out is recorded, never give up.

In these difficult days filled with countless fears and nervous angst, I choose hope – an intentional choice I have to make over and over and over again each day. I trust that the One whose name means presence at all times will not abandon us in our weariness and despair.