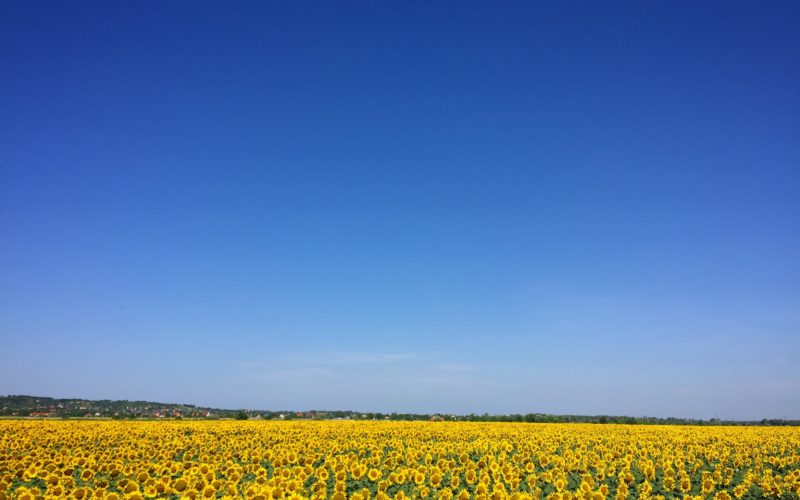 I could only work on the puzzle for so long before my eyes had trouble focusing on the fine details in which the pieces differentiated. I called Grandma Pepper and gave her an update of the last several days. She asked for my address.

“If you get it in the mail tomorrow, you can send it to the cabin.”

“Tomorrow? Honey, there’s plenty of time to get it in the mail today!”

“Saw this and knew you needed it!”

“It” was a 20-ounce bottle of Dr Pepper with a limited-edition special-print label that said, “Crave Adventure.”

I emptied the contents of the bottle over a cup of ice, washed the bottle out, and taped it to the dash of my car as a go-anywhere motivational poster.

Being at the cabin also provided a safe space to mourn and grieve.

I no longer stayed awake all night, watching him struggle with every breath as he seemed to collapse into his favorite recliner. I no longer worried if he’d make it to sunrise.

I no longer worried about being gone on some errand and being afraid that he needed me.

I no longer worried about trying to get him to eat or make sure he was comfortable or turning fans on or off.

But how much I still wish I had those worries.

In the time it took me to finish the puzzle, I also got caught up on laundry, painted Grandma Pepper’s bluebonnets, completed a second commissioned work, and took a good number of long walks and naps.

The puzzle was a picture of a massive sunflower field.

I taped it together on the front and flipped it over.

The first of September

The sunflower season, so hot!

I know of no reason

Should ever be forgot!

Dad and I officially celebrated Labor Day weekend by taking a day trip to Grinter Farms in Kansas.

“Sunflowers were Mom’s favorite flower,” Dad taught me at a young age. We drove to the massive field of sunflowers and roamed here and there, picked a few to take home, and left donations. I was mesmerized seeing the contrast between the brightness of the yellow leaves with the deep blues of the sky above.

On one trip, I decided to prank Dad and hid in the field. My goal was to jump out and scare him, to startle him and make him scream, just like all the innocent people he had honked at over the years. I found a perfect location and waited patiently for my opportunity. As soon as I saw his shoe, I jumped and yelled, “WAAAAHHHHHH!”

But it wasn’t him.

It was another man, a significantly older man, who happened to be wearing the same kind of shoes as Dad. He yelled back at me with equal passion and volume while grabbing his chest.

“Didn’t know this was a haunted sunflower field,” he said while trying to catch his breath.

I felt horrible, and yet I couldn’t stop giggling. I apologized and tried to explain myself. After a few minutes, even the old man thought it was pretty funny. I was just glad I hadn’t killed someone.

We spent the rest of the afternoon playing some version of hide-and-go-scare among the sunflowers.

It was my junior year in college when I did a sunflower painting for Dad. It wasn’t large, only a 16-inch by 20-inch canvas, but I knew Dad had plenty of places at home or at work he could display it. I painted from the perspective of the ground, looking up into a canopy of sunflowers, some standing tall, some bent over, full of leafy greens, with bright blue skies and sunbeams breaking through here and there.

I gave it to him as a gift for Christmas.

“This is my favorite painting ever,” he replied with all sincerity.

I was flattered, but thought he was being a little ridiculous as well.

That painting would change my life.

From Papaw’s cabin to my farm is under an hour’s drive. I decided to take Fagan home and make a quick, solo day trip to Grinter Farms the following day. A seven-hour round trip would feel like a breeze compared to some of the stretches I’d already driven this year. The flowers wouldn’t be in full bloom for another few weeks, so I didn’t expect to see much in the way of a crowd.

I turned the air conditioning on in the art studio and left Fagan a bucket of water and food. He’s used to the doggy door and me coming and going at random times. I planned on being back before sunset.

It was a picture perfect day for a drive, bright and hot, and the car’s air conditioning was in perfect working order. I drove in silence, thinking about where I’d traveled so far.

Grandma Pepper absolutely loved the jersey and wears it every Friday, just to get a stir from the Baylor crowd that comes by. She calls at least once a week, asking to hear all the details of the other places I’d been, and finishes each phone call by asking “How are you doing, really?” When I mentioned texting with Nick, she asked all the questions. Trying to answer her questions with silence only fueled more absurd and ridiculous speculation.

“Well, I’ll be praying for you, sweetie.”

Nick is in the middle of the hectic summer swing of the baseball season.

“A baseball life is not for the weak,” he said, sharing the hustle and hassle of road trips and rain delays. “But I’ve met some of the most amazing people and can’t imagine doing anything else.”

I listened and learned and laughed at his story of what it was like when the Red Sox won the World Series in 2018.

“To win the last game of the season, it’s a feeling that’s hard to beat.”

“I can’t even imagine. My athletic prowess is limited to card games and hide-and-scare.”

Arthur told me he’d been offered $1,000 for the painting, but he turned it down.

“There’s not a chance I’d sell this thing. It means too much to me.”

“You should’ve taken it. I’d make you another one.”

I told him that I’d made burgers once during my stay at the cabin.

“While they may have been the best burgers I have ever made, they were still far short of your skills.”

The timing of the puzzle clue was brilliant, and I figured Dad intentionally planned it that way, giving me a quiet place to slow down and think and observe. To try and figure out what I was feeling and how best to take care of me. It was nearing midnight when I completed the puzzle, telling myself, “I’ll go to bed after one more piece. I’ll go to bed after one more piece.” I “one more pieced” the last 50 pieces and returned a satisfied smile to the sunflowers grinning at me.

I pulled up to Grinter Farms, parked, and walked straight to the farmhouse.