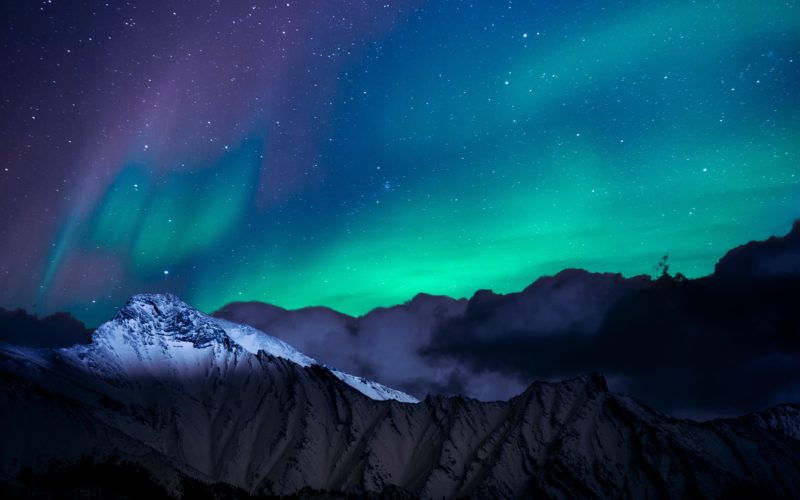 Dad spent one year telling me a bedtime story about a girl who traveled to Alaska. Every night, he’d pick up where he stopped the night before and told the story as if he’d lived it. The grossly abbreviated re-telling of the story goes something like this.

Depending on which part of the world you live in, rainbows either find their beginning or their end in Alaska. Over the centuries, the amount of luck that accrued from so many rainbows was beyond ludicrous. People went to Alaska for one reason or another and caught a glimpse of heaven on earth.

They discovered gold and became wealthy.

They saw wilderness views that looked like they were painted by angels.

The extremes in temperature and weather created stories that were bigger than life itself.

People went to Alaska for the most random reasons and discovered their dreams were coming true.

That is exactly what happened to Phoebe.

Phoebe was a musician from Tennessee who dreamed of singing songs that inspired the world. She had a guitar and a heart as big and beautiful as the rings around Jupiter. After dinner one night, she made a bet with her brother. In order to win the bet, Phoebe had to travel to Alaska. More than 4,000 miles away.

Phoebe drove to Alaska one dive bar at a time. At each stop along the way, she told her story and offered to sing her songs in exchange for food and gas money. More often than not, she slept in the back seat of her car. She never quite reached five feet tall, which means she was barely big enough to ride the biggest and best of roller coasters, but she was the perfect height for sleeping in the back of a car.

Dad’s story consisted of Phoebe’s adventures on the way to Alaska. The night she sang a duet with a famous country-western performer who autographed her guitar. The time she hit a deer and traded her totaled car for a VW bus with a pop-up camper. The time she got a tattoo of a guitar on her forearm. She bathed in lakes and rivers and picked up any and every hitchhiker.

When she finally made it to Alaska, Phoebe got an opportunity to sing with the whales and was taught to play new instruments by Alaskan Natives. She ate salmon in every form imaginable, a healthy sampling of king crab, and even tried some large game meat and wild berries. And she traveled all the way to Point Barrow, the northernmost tip of the state and country, and under a midnight sun, sang a simple prayer.

With this one life I live

My songs I sing, some hope to give

And stir a legacy of love

Phoebe eventually made it all the way back home, where she never became famous, but had a successful career as a songwriter and musician. While in Alaska, she inspired another young girl who went on to become an international music sensation, a one-name wonder whose voice healed broken hearts. Phoebe did win the bet with her brother, who bought her the t-shirt she so badly wanted, a t-shirt that said, “Not all who wander are lost.” She wore that t-shirt for the next 40 years in concerts all across the eastern United States and one return trip to Alaska.

“Where to, world traveler?” Randall greeted me.

“I’ll give you three guesses.”

“Glacier National Park and Yellowstone and a whole lot of amazing scenery. Seems like a place your dad would send you.”