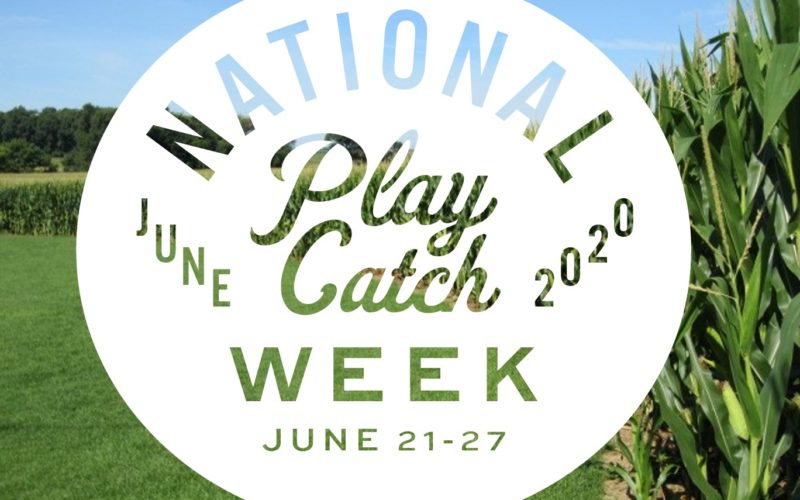 In second grade, I played catch against the brick wall of a church across the street. I wore a George Brett t-shirt and a Royals hat and striped tall socks, imagining that I was playing for my favorite team with every throw. On one play, I scooped up the ball and jumped and threw, narrating the play to myself. The throw was high and hit the small row of bricks above the stained glass windows. My heart skipped a beat. I remember thinking, I bet George Brett could hit that row of bricks every single time. The next throw went through a stained glass window. I felt sick to my stomach. I think I had to write an apology letter to the pastor of the church, who was quite gracious about the whole incident and returned the ball. It was the last time I played catch against the wall of that church.

A few months later, my family moved away from that church and across the street from another church. Having learned my lesson, I was now in possession of a pitch-back net and used to practice with it in the back yard. There were gaps between the net and the frame, small holes between the springs that weren’t covered by the net. It was an error in design. The net needed more springs to be effective. My talent was throwing the ball through these holes and nullifying the bounce back part of the net. It was a one-person game of fetch.

My 500+ catch-partners of 2018 made the year unforgettable. Playing catch with humans beats a brick wall or broken pitch-back net every time. As we threw knuckleballs and sliders and pop-ups, we shared stories of on-field successes and failures. Every subject under the sun was fair game for conversation — from dreams to death to Dr Pepper. Every game a celebration of one another as we learned from each other.

When it comes to playing catch — “having a catch” as my friend Aaron sings — I think the most important word is “with.”

National Play Catch Week is almost here. I am excited to help kickoff the week with a “marathon” game of catch on Saturday with friends from the Grip’N’Rip Baseball League. I really don’t know what to expect, but I know good will come from it. One dear friend already pledged $1 for every minute I’m throwing a ball. That money will give ballplayers from the Boys & Girls Club new gloves and equipment at the start of their season in July.

Start making your plans to celebrate National Play Catch Week, and may your with-ness lead to wonder.