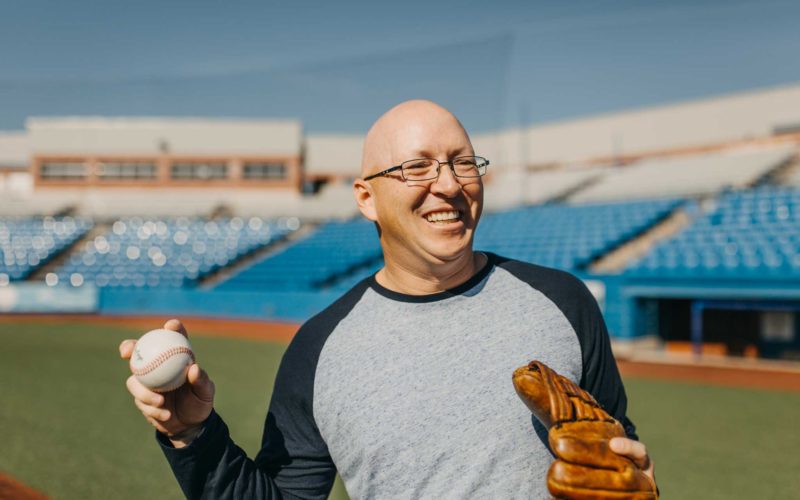 At the age of six, he lost all of his hair due to an immune-system disorder called alopecia. Ethan knows about overcoming personal obstacles and being bullied. He also understands the power of hope, persevering through hundreds upon hundreds of manuscript rejections.

The author of ten books, his writings earned him an opportunity to speak at the National Baseball Hall of Fame, an invitation to the White House for the Royals World Series championship, and endorsements from several former MLB players including Jim “The Rookie” Morris.

Ethan has appeared ever so briefly in an ESPN 30-for-30 (#BringBackSungWoo) and as a background ballplayer in an Emmy-award winning documentary (First Boys of Spring). He still dreams of playing baseball (throwing out a first pitch) for his beloved KC Royals.

A major fan of both Dr Pepper and donuts, Ethan was one of the best benchwarmers on his high school junior varsity baseball team.

Ethan played catch every single day of 2018, an effort that came to be known as Catch 365. He documented the whole journey through a daily blog. Day #1 can be found here.