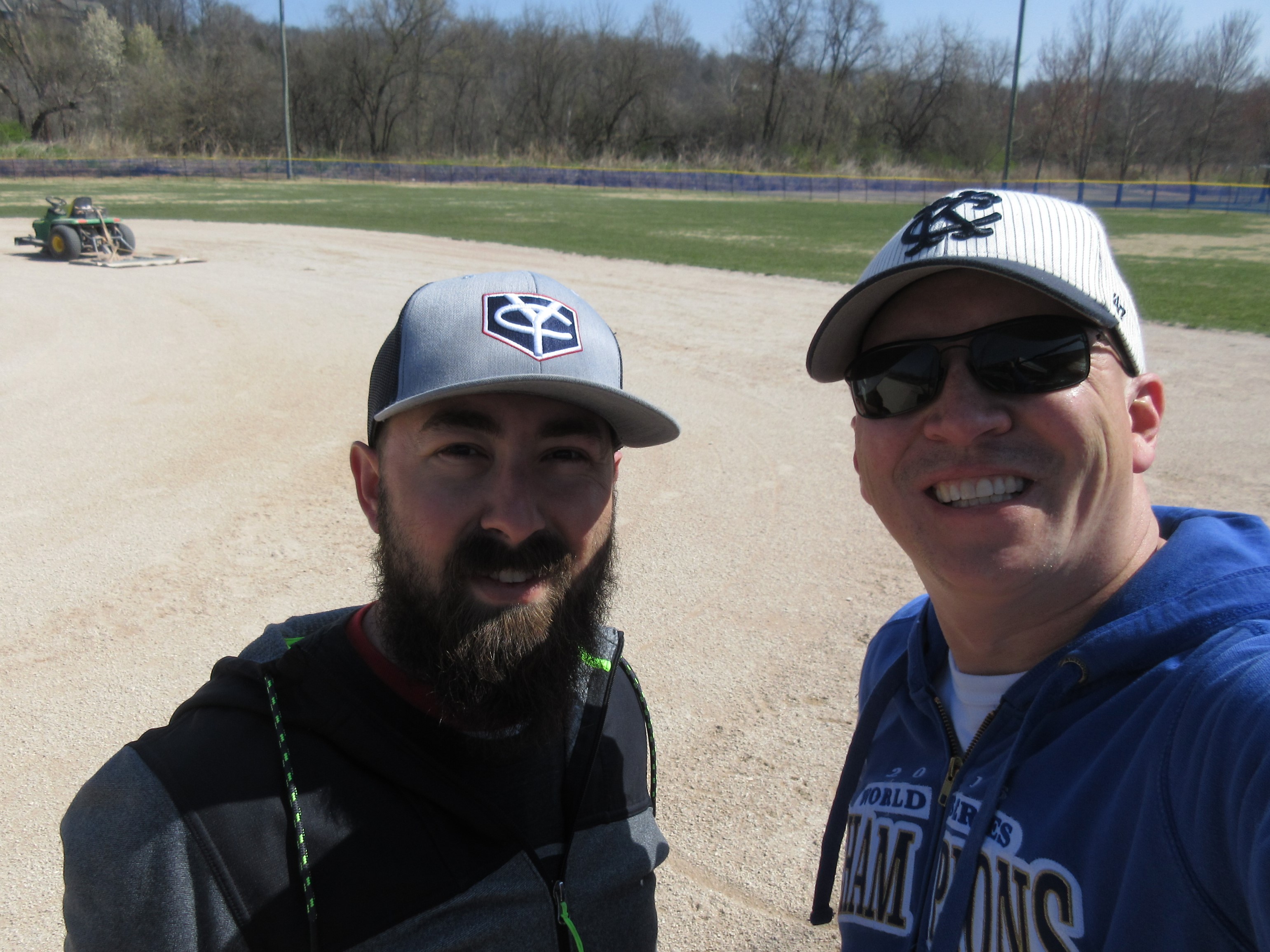 “There’s always a second chance, another pitch, another opportunity. You can’t dwell on your last at bat. You’ve gotta get ready for the next one, the opportunity in front of you.”

As soon as Ryan said those words, my memory flashed.

I still remember my last at bat as a 16-year old on the junior varsity Legion team of Kickapoo High School. A pinch-hit flyout to the warning track of Meador Park on the losing side of the end-of-the-season championship game.

For the last five years, Ryan has been the general manager at CY Sports passing along his love of the game to the next generation. His beard is worthy of the best of MLB bullpens, but he totes a catcher’s mitt. He played for and coached with one of my earliest local baseball heroes — Coach Howard Bell. His fastball tailed. His slider cut. His curveball dropped. And his knuckleball danced under my glove.

I found Ryan just past the James River at CY Sports, working on the infield which reminded me of my field crew days with the Springfield Cardinals. He told me the cool and serendipitous story of meeting Ozzie and getting an autographed jersey, which he later framed and gave to his dad. He showed me pictures of his seven-month old daughter who, thankfully, slept through the night last night.

A full night’s sleep is a gift of the highest heavens.

We paced off 60 feet and Ryan gave me a few pointers for throwing out a first pitch, should the opportunity ever come up. He was asked to throw one at the Drury game last Sunday, a day I well remember as not being able to feel my fingertips.

“Well, I was wearing cowboy boots on the synthetic mound,” Ryan started and I was just thankful to see him walking without the assistance of crutches. Cowboy boots, synthetic mound, sleet, and snow: A perfect recipe for torn tendons and snapped bones.

Ryan piqued my interest in a local, competitive wood-bat baseball league — The Grip’N’Rip Baseball League. He’s played in it the past two seasons, catching a couple guys who can still throw 90 mph.

“I love coaching and working here and being around the game. I also love getting on the field with a team and simply playing ball.”

Tryouts are the weekend before my 44th birthday. I think only two current MLB players are older than I am. Bartolo Colon looks like he’ll pitch until he’s 50. And Ichiro is going to rob home runs for the next twenty years. There’s a reason not many people play baseball professionally over the age of 40 — hamstrings and knees and ankles and elbows and shoulders lead the list.

Roy Hobbs in The Natural was 34.

(Satchel Paige is another exception.)

Today is Day #100 of this project that started with a Field-of-Dreams-like gut instinct.

“Play catch every day for a year. See what happens.”

There were some days during those first few weeks I couldn’t imagine getting this far.

It’d be a blast to step back on the field with Ryan as a teammate (not that there’s any guarantee I’d survive tryouts or be on his team).

It’d be incredible to step back in the box and not wink at the pitcher.

And maybe the Royals will give me a chance to not wear cowboy boots on their beautifully manicured mound. (If they ask, I’m heading back to CY Sports to get more throws in with Ryan.)

All of this started because my daughters agreed to play catch with me on January 1.

Inspiration followed the “yes” of children.