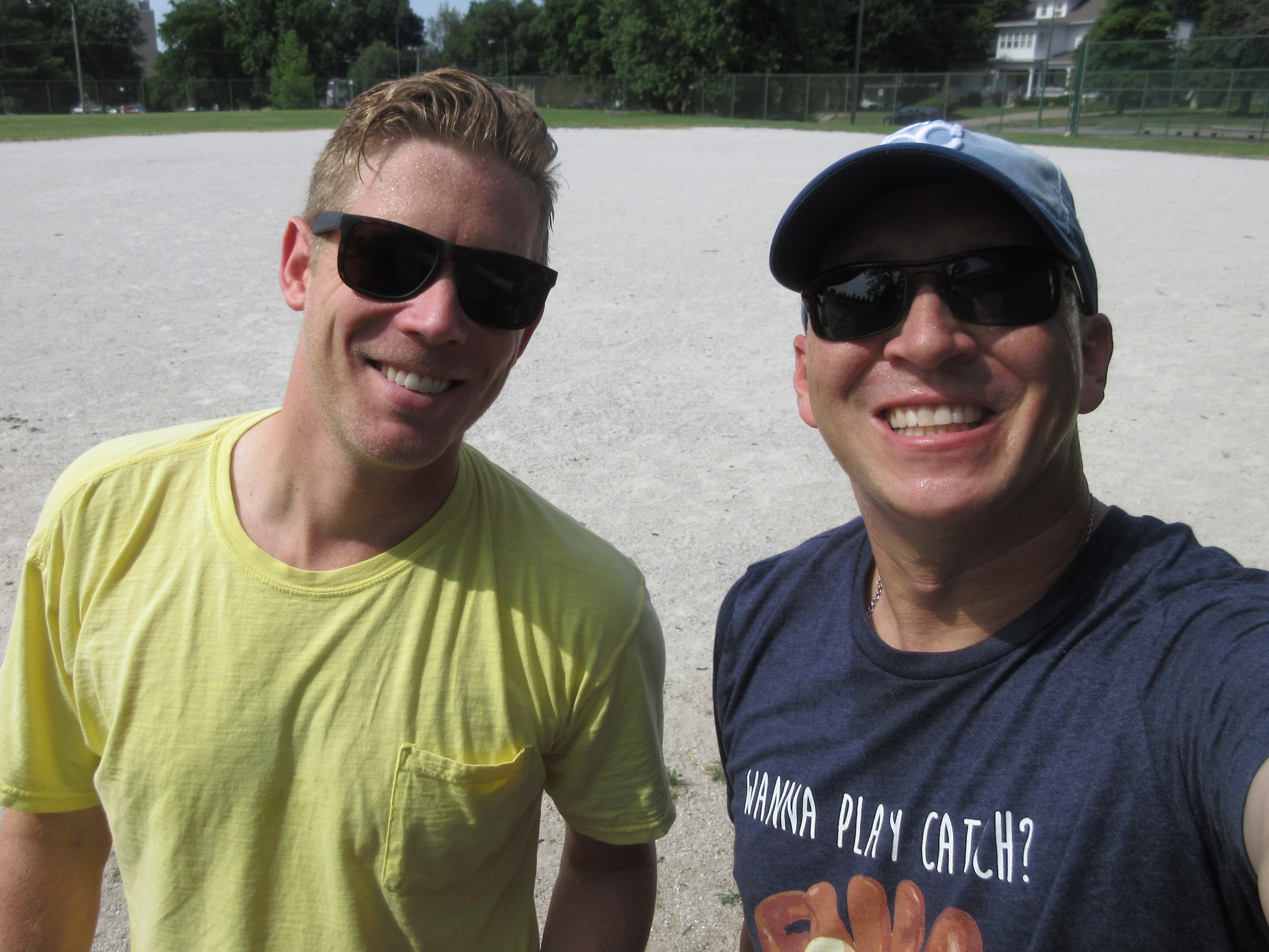 The Mystery Hour is Springfield’s own Emmy-award winning late-night talk show. It films live monthly on Friday nights at The Gillioz Theater downtown from September through May, taking the summer off. A trip to Hurts Donut Co. after attending is not mandatory, but does make for a great end-of-the-evening experience.

Last fall I entered The Mystery Hour’s “Most Meh” contest.

“It’s time to celebrate the people that don’t get celebrated enough — the people in the middle! We want to crown the most ordinary of the ordinary! We have enough lists about the 40 Under 40s and 20 Under 30s of the world, and heaven knows we hear enough about people in the news for all the wrong reasons, but we rarely recognize the people who are somewhere in between exceptional and horrifying — the magnificent middle! Winners will be a part of the October 6th TMH taping and will receive a box of average-priced vanilla ice cream.”

Once I started thinking of reasons demonstrating my meh-ness, I couldn’t stop. I think I submitted fifteen or twenty reasons of my daily meh-ness, which would be a solid title for a blog. I was chosen as one of the 10 finalists to appear on the taping. Jeff, the emcee and dreamer behind The Mystery Hour, introduced each of the finalists along with an example their meh-ness to the audience of 700-plus. By random selection, I was the last introduction.

“Ethan has six baseball gloves but no one to play catch with.”

The audience “awww-ed” in sympathy.

The entire experience was wonderful, so I wrote a poem about my time on TMH.

I own 6 gloves but can’t

My win-loss record for

but receive no likes.

shine bright and smile on

*The Mystery Hour is far from meh!

Mystery Jeff knows the joys and frustrations of the viral life. He is the original creator of the “Instagram Husband” video that was seen around the world tens of millions of times.

It took some time for our schedules to cooperate, but I was delighted to meet with Jeff downtown for catch. He just got back from vacation with his family. He took his glove with him on vacation, something I endorse wholeheartedly, but left it outside. He’s been playing a lot of catch this spring as his son is playing t-ball in the Monday Night Mini’s League at U. S. Ballpark.

“It rained and was soaked,” Jeff said. “I had to brush mold off of it this morning.”

He put his hand in the glove and flexed it a couple times. When he pulled his hand back out, it was covered in black.

The Mystery Hour was born out of Jeff’s work at the Skinny Improv.

“The first episode was back in November of 2006. We were just experimenting with things and it turned out great. When I moved back to Springfield in 2012, we had the second episode. The 150th episode aired this past April; there’s been more than 200 if you count the ones before we were on TV.”

I think The Mystery Hour is brilliant and am proud that it is Springfield-made.

“The best part of TMH is it feels like I’m doing something in alignment with what I’m good at in collaboration with other people who bring the community in on it. The hardest part is pulling off a quality TV show with a low budget and time constraints. Any creative person running their own business knows you spend 90% of your time doing stuff you’d rather not do so you can have the joy of the 10%.”

Jeff also created the powerful video “Make Something Where You Are.” It is truly one of my favorite videos, period. I cannot count how many times I’ve watched it.

“You don’t have to believe the fallacy that there are places for dreamers and it’s far away from where you are now.”

It reminded me of Jon Acuff’s, “We all get our own oceans.”

(Thanks to Melissa and Libby and Todd for this video!)

I loved listening to Jeff talk about his creative processes, as ideas simmer and percolate long before they become a reality. I resonated with the fear he mentioned of making something and putting it out there for others to judge and critique. And I delighted in the serendipitous journey of a guy from Iowa who spent time in LA then moved to Springfield going all-in on crafting something beautiful and hilarious. I hope that Mystery Jeff’s story inspires creatives from coast to coast.

“Creative work is not a selfish act or a bid for attention on the part of the actor. It’s a gift to the world and every being in it. Don’t cheat us of your contribution. Give us what you’ve got.”

Thank you Jeff for your giving us what you’ve got!