“You could be a kid for as long as you want when you play baseball.”

When the Royals traded Jon Jay to the Diamondbacks, I felt it was time to pass along the baseball mojo and give the autographed bat to another fan. I posted a link to Willie’s story (Day #77) and said that I’d give the bat to one random person who simply “liked” the tweet. Thanks to Google random number generator, Aaron won the bat. I was quite excited to be able deliver the bat in person.

The last time I played catch with Aaron, my ankle was broken and in an air-cast. No weight bearing period. With the help of a folding chair and five-gallon bucket, we tossed the ball and he told me what baseball has taught him about life and hard work.

“As a player, the game taught me the balance of failure and execution. The most successful offensive players figure out how to put the ball in play productively when it matters. In other words, baseball taught me to be a person the team, family, friends, co-workers and so on could count on in situations that matter.

“Where the game is very accepting of failure on the offensive side it is completely opposite on defense. If you fail more than ten percent of the time defensively, you’ll have a hard time both getting dirt on your cleats and splinters from your pants. That taught me the value of hard work by doing what I can to be the best I can at whatever I can.

“As a catcher, it was important to me that my pitchers were able to throw their breaking balls in the dirt to get strikeouts. If they couldn’t count on me to block those pitches, I was taking something away from them that they needed in order to help the team. My hard work enabled others to be their best, and that is true no matter what line of work you might be in.”

During that catch-playing session his now-wife took one of my favorite pictures. 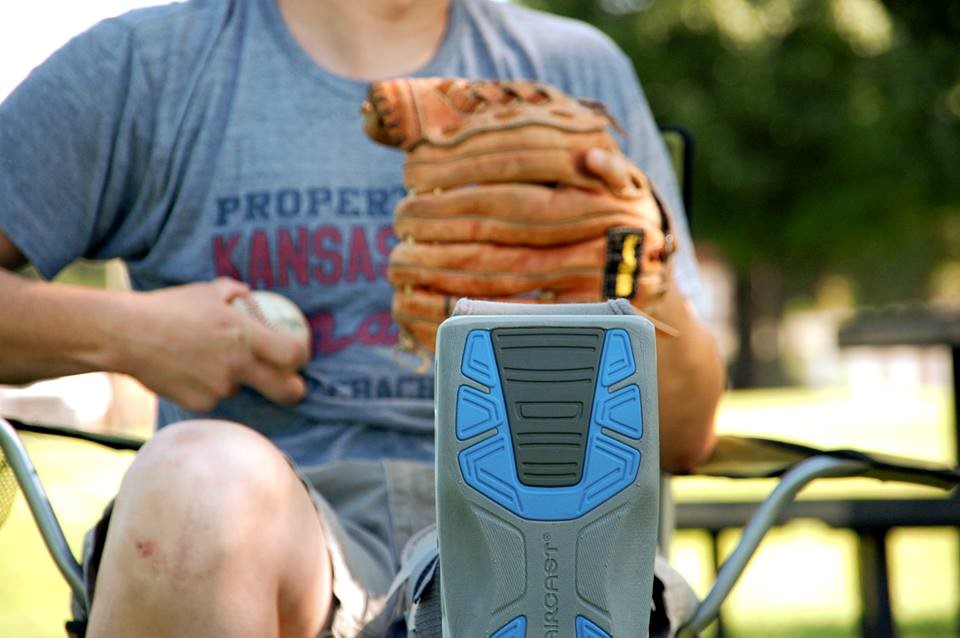 Since that time, Aaron has recorded a gospel CD of original songs, Courageous, which helped serve as the soundtrack for more than a few miles of this trip. After driving another 525 miles, we pulled the Bryan family Millennium Falcon into Aaron’s driveway and were greeted by the smell of smoked meat. A family-style dinner of ribs and chicken and corn and sweet tea and fantastic company and background piano music and I was in heaven.

“Breakfast is my treat. You’ll love the place.”

Aaron drove us 30 minutes to Dano’s Diner, formerly The Home Plate Diner, decorated in pennants and baseball pictures and bobbleheads with every dish named after a player of aspect of the game. I ate the Bullpen. It was fantastic.

Today, The Colonel not only cooked our meals but teased us throughout our dining experience. The Colonel spent years in the minor leagues, “but never broke through. I was stuck behind someone named Harmon Killebrew. Still, I don’t regret it. I traveled this world playing ball and loved every minute of it.”

Aaron told The Colonel about Catch 365 and in minutes we were out in the parking lot playing catch.

“It’s been 7 years since I’ve played catch,” he said, but he hasn’t lost any zip on the ball whatsoever. He teased me about my knuckleball and told me stories of his son who Aaron once coached who now plays for Old Dominion.

As we were leaving, The Colonel let me know I was welcome to come back any time, “but not you or you or you,” he added, pointing to Jamie and the girls. “Well, I guess you can come back if you bring him.” I tipped my hat.

Once bellies were full, Aaron drove us to Jack Russell Park where he coached his son Eli’s team for several seasons, all the way to a state championship.

This time catch was “much more mobile!”

And it was so much more than catch. We were able to spread out and stretch out our arms, followed by grounders at short on a recently raked infield and sky-high pop flies to deep center. I even got the chance to rob him of a homer. Lucky jump.

Aaron then grabbed Pearl, his beloved Wilson mitt from his collegiate catching days, and set up at the plate to give me some first pitch pointers. We talked through various wind-ups to imitate should the opportunity arise and settled on Satchel’s windmill arm. 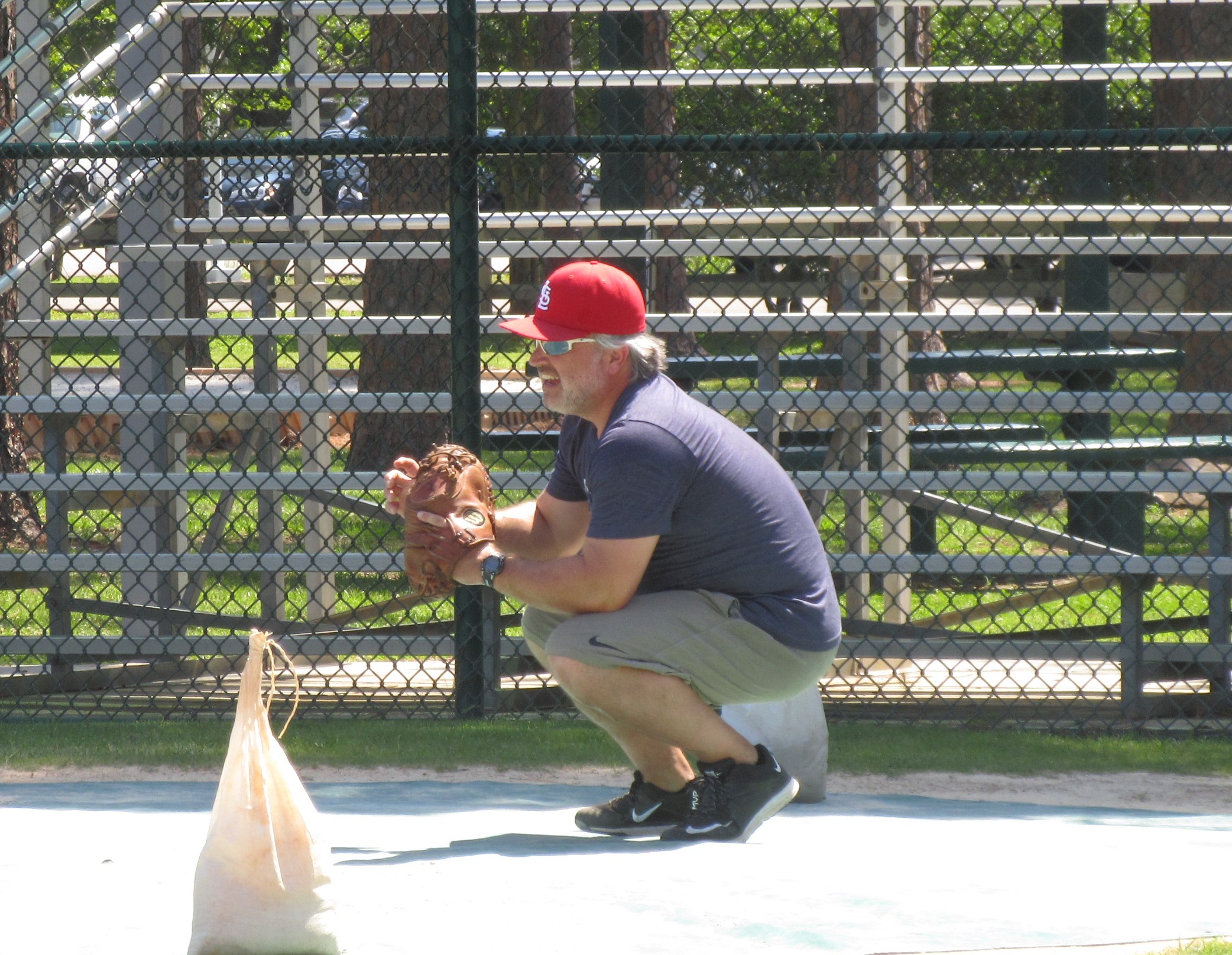 Grabbing a Dr Pepper to cool off, Aaron then dropped me and my family off at one of his favorite local portions of the beach, where we played in the salty waves and collected shells, sunburns, and memories.

I can’t wait until Aaron comes to Missouri next month for our next game of catch.