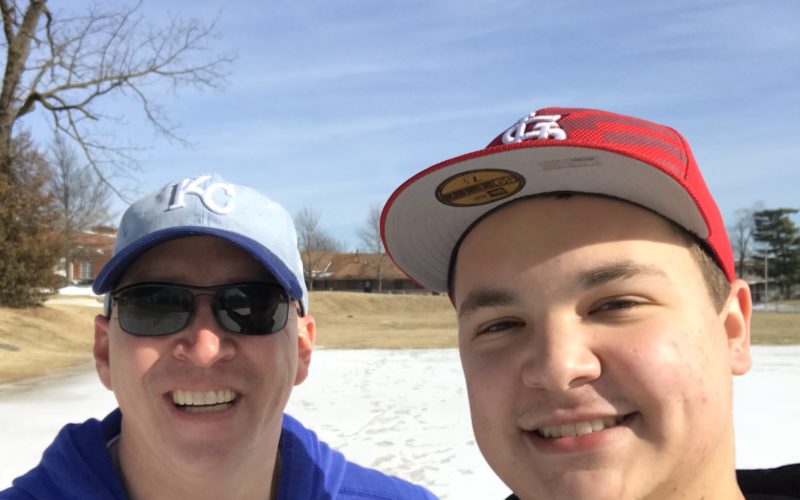 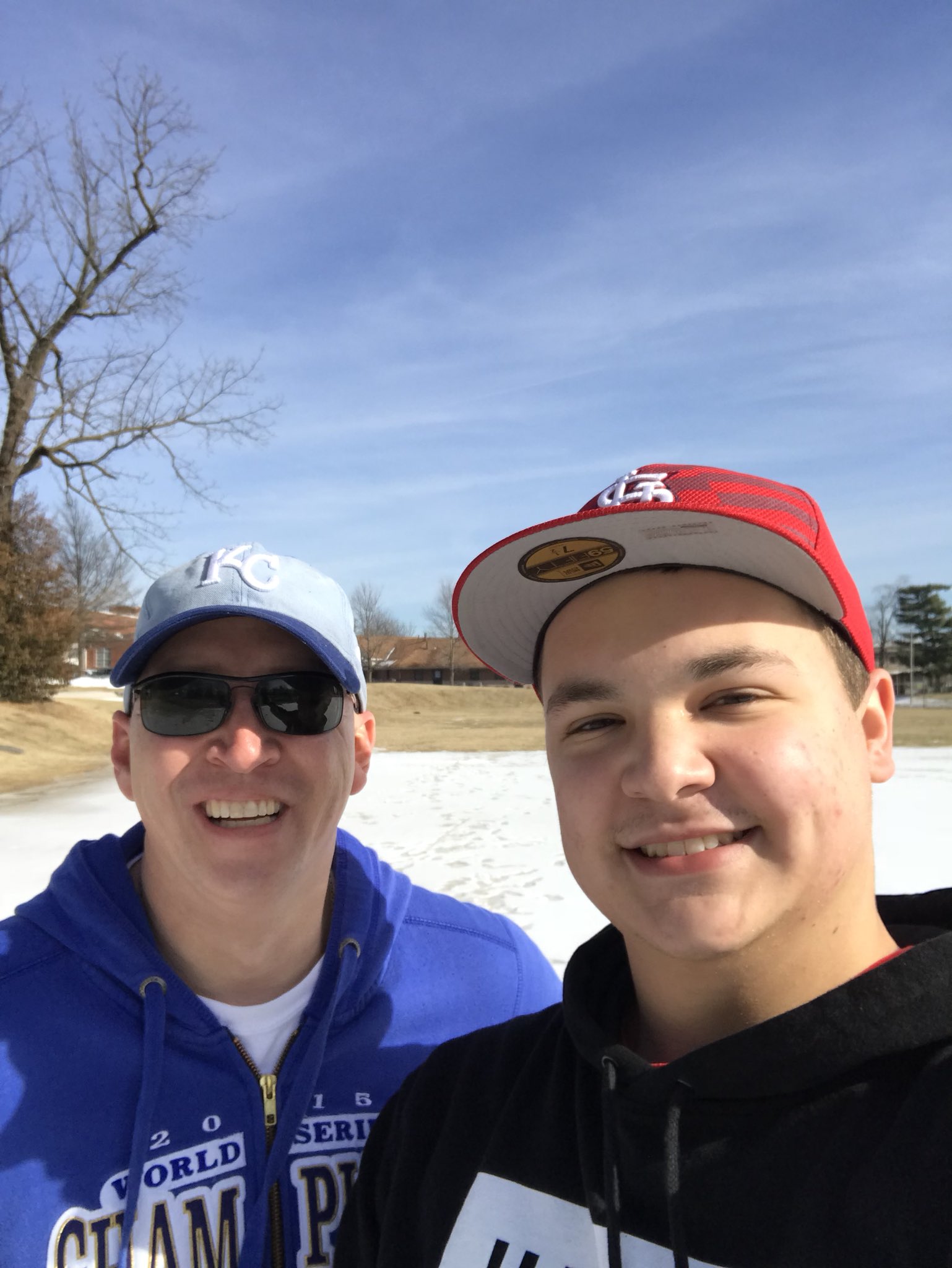 But we both like the Spurs and we both used Wilson gloves, so that’s pretty cool.

When he was in high school, Chandler played third base and outfield at Clever. He’s played games at both Meador Field and Hammons Field. On the day he played at Hammons, he met Cardinals pitcher Jason Motte who was in Springfield on a rehab assignment.

“That outfield grass at Hammons is perfect.”

I told him the sad tale of my last at bat at Meador, back when it was the home field for the then-SMSU Bears. Warning track power.

We met at Jenny Lincoln Field, the gravel infield still snow covered, the outfield full of slop and mud puddles. For twenty minutes we played catch and Chandler graciously agreed to a game of long toss. We stretched out to about 150 feet and had fun while trying to find decent footing. I only slipped a few times.

Chandler is now a Biology major at MSU and still connected to the game. Each spring, he helps coach the junior high team at Clever.

“I knew my playing days were done, but I couldn’t get away from baseball. I had to find a way to give back.”

Once my feet were thoroughly saturated and shoes were coated in a gross mixture of slushy snow and mud and the ball was “snow-logged,” we called it a day. But not before tentatively agreeing to another game of catch (and maybe some fly balls? Batting practice? A side bullpen session?) with his team later in the spring.

Thanks Chandler for the long toss!

No comments about your football team this weekend!