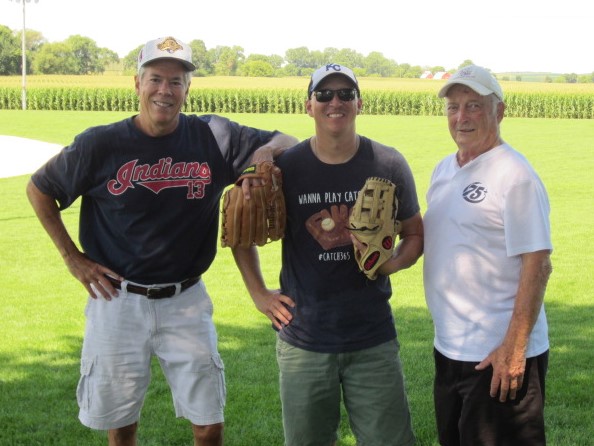 I did not sleep very well last night; my dreams were about to come true. Dad and I were finally going to the Field of Dreams movie site in Dyersville, Iowa. I have long-dreamed of seeing the cornstalk-lined outfield and the white two-story house behind the wooden bleachers and climbing on top of the mound and just playing catch. No matter how many times I watch it, I still get choked up during the final scene of the movie and re-read Kinsella’s masterpiece, Shoeless Joe, annually. I was going to the Field of Dreams because of Stan. 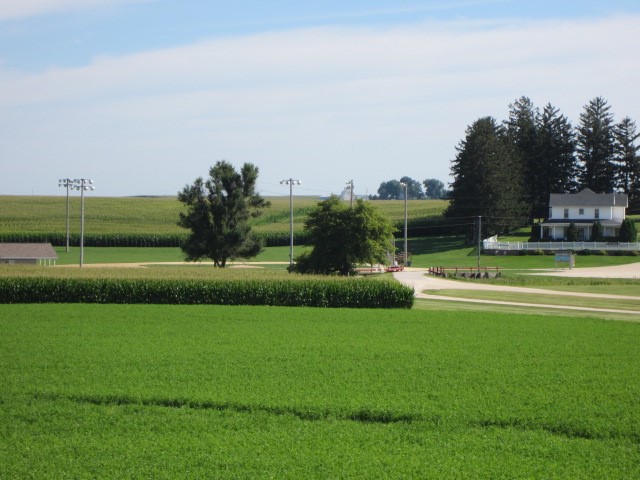 At 83, Stan knows the importance of a game of catch.

Stan used to call his grandkids and invite them over for catch. On vacation at the beach, he still carries extra gloves — one for righties and one for southpaws — and looks for a catch-playing partner.

“I’m known as the guy who walks the beach at Hilton Head and asks old guys if they want to play catch. I always ask their wives if it’s ok if their husbands and I play catch. One lady asked her husband where he has his life insurance policy in case she needed it. Most of the wives just laugh and comment they will not massage sore muscles later.”

Growing up, Stan and his dad had a tradition of playing catch on New Year’s Day which reminded me of how this quixotic quest started 206 days ago.

I met Stan because of Bob.

Bob is a writer for the Akron Beacon Journal. He contacted me in January about the possibility of meeting at the Field of Dreams to play catch with Stan. I answered yes emphatically, even if I was somewhat doubtful my arm would still be attached.

Five months after the first email from Bob, Dad and I left the hotel a little after 9, winding through the cornfields and up the gravel drive to the ballfield in the middle of nowhere. We were about two hours early and went straight to the outfield as a family started a pick-up game on the infield. 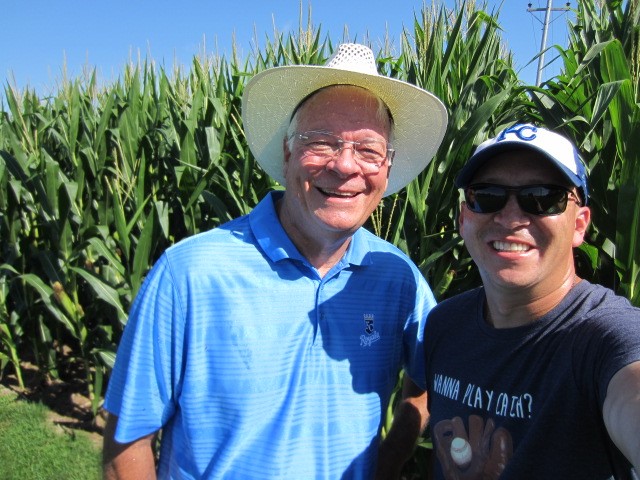 With the cornstalks behind me and the soft grass below, Dad and I played catch and laughed.

A lady walking her dog along the cornstalks watched Dad and I in the outfield and stopped to take pictures. She had just moved to Quad Cities, Iowa from Oakland, California and came to the field to relax.

“Are you father and son?” she asked. “You are just the cutest things ever! I couldn’t help but take pictures.”

Dad and I were sitting on the bleachers when Stan walked up. A handshake and quick introduction and sixty seconds later we were playing catch. Like Stan on the beach, I brought extra gloves just in case. I started out using the 1940’s Wilson glove that Brett from Connecticut sent me (Day #28).

Stan’s a life-long fan of the Cleveland Indians and has incredible stories of playing competitive baseball from high school through the Roy Hobbs League. At 14, he threw a no-hitter in the championship game. At 78, he pitched against 17-year olds and retired the side in order. He gave me a lesson in how he holds his “Trevor Bauer off-speed pitch.”

“You know, I am so appreciative that my wife let me do this, that she’s supported me through all of the baseball stuff.” 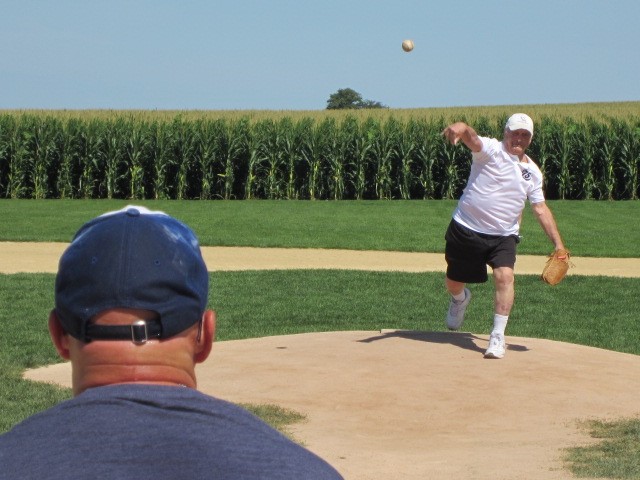 “This is really a great feeling, being out here on the field, throwing the ball. And I didn’t fall off the mound. At my age, sometimes the feet don’t go the way I want them to go.”

Stan knows the value of teamwork and of hard work and talked about how those influenced his life on and off the field.

“Nothing just comes natural. You have to work at it.”

After Stan threw a good pitching session, Bob walked up and introduced himself. He got caught behind an oversized load on the drive from Dubuque. It’s been a couple years since Bob last played catch, but he was quick to join me and Stan on the field.

Bob played baseball collegiately at The College of Wooster. “I played centerfield and remember throwing the ball so hard, I would literally fall down.” I remember watching Carlos Beltran do that very thing when he played for the Royals.

Wearing an Omar Vizquel #13 shirsey, Bob took the mound and threw to me, then threw to Stan, then Stan pitched to Bob and I took throws covering second.

“Stan reached out to me after seeing your story on TV. ‘I love to play catch. Can you hook me up with this guy?’”

Having written for the Beacon Journal for 33 years, I picked Bob’s brain for writing advice.

“My bottom line is always, ‘If I hadn’t written this, would I read it?’ I have to work on it long enough and hard enough that it pops for me. The best advice I ever got was from Rita Dove, US poet laureate and Pulitzer winner who grew up in Akron. I’m going  to have to paraphrase, but she said something like shorter is always better. Cut, cut, cut and then cut some more. Cut till you bleed. The more words you use, the more they compete with each other.”

Since we were at the birthplace of baseball dreams, I asked if Bob had any other big dreams for 2018.

“It’s my first time here. I’ve been thinking about this for five months. I just saw the movie a week ago and still teared up at the end. This has been my dream for this year.”

Bob asked if I’d be willing to stretch out my arm in the outfield. We threw pop-ups and delighted in the blue sky and low humidity. Jack, a 9-year old from Milwaukee, forgot his glove and shadowed me. He reminded me of me. I teased him a little, then tossed him my glove while I went to grab a different one. His parents came out to join us and I gave his dad my second glove, keeping my eye on the infield in case one of the hitters sent one our direction.

In a little over three hours, I got in a week’s worth of throws.

We did not see Kevin Costner or James Earl Jones or Ray Liotta or Burt Lancaster or Dwier Brown. We didn’t see any ghosts or hear any voices. But we did play catch and we did make new friends and we did make memories for a lifetime.

Baseball tells the best stories and really does bring people together.

The sign leaving the Field of Dreams says “Keep dreaming.”

My dream is for Stan to throw out a first pitch for the Indians.

From the top of the mound

Maybe even a couple of ‘first’ pitches; I think Trevor would appreciate Stan’s stuff.

You can read Bob’s Catch 365 Field of Dreams story here.