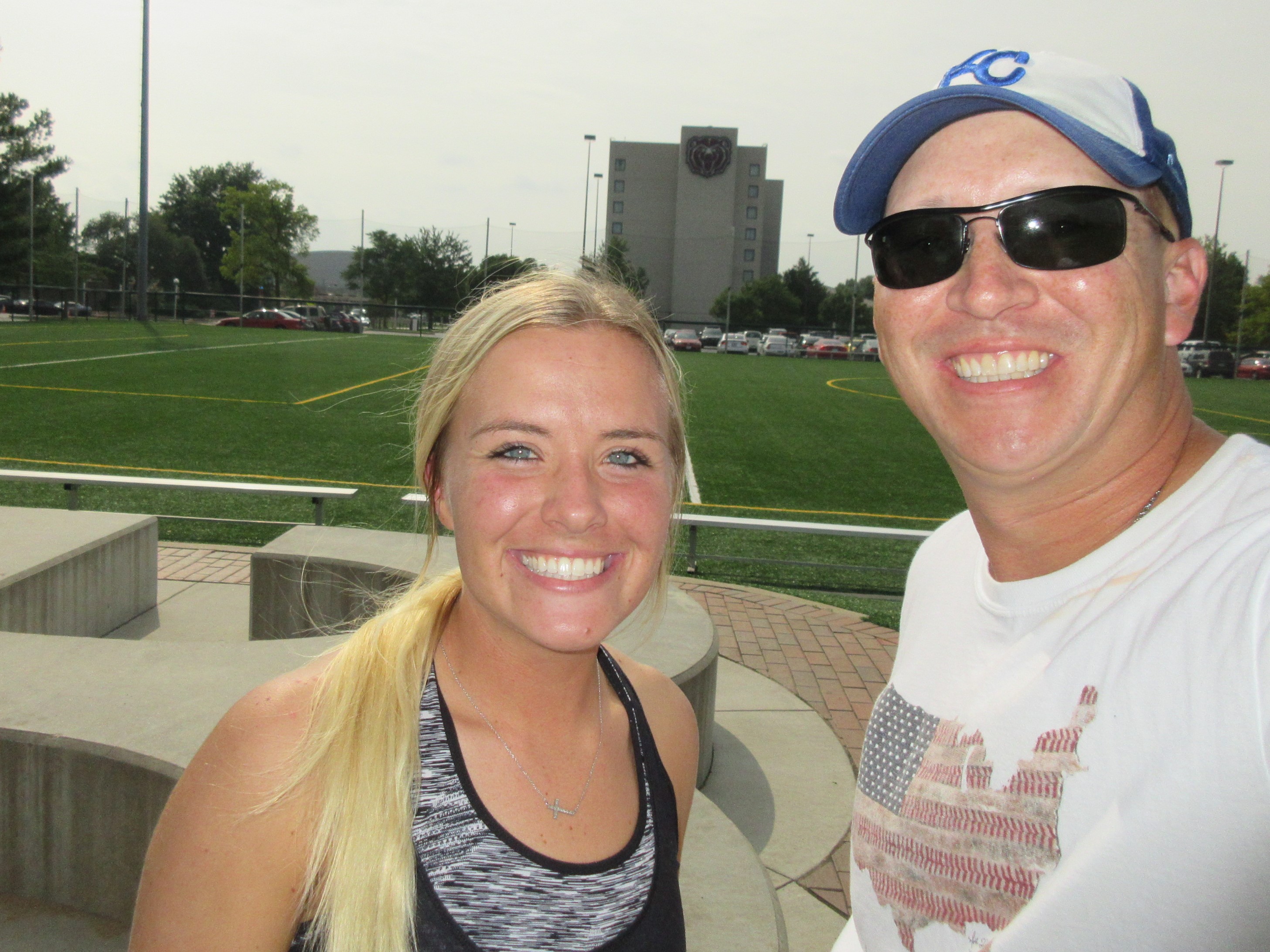 According to Coach Hesse (Day #229), “Sara was the heart and soul of the team. She is a phenomenal young woman.”

According to Sara, learning how to be that kind of teammate and person started in 2013.

On Memorial Day weekend of 2013, half of Sara’s family was in a car wreck.

“Someone was texting and driving and clipped my dad’s car from behind. It turned and rolled several times. Dad remembers being airborne at one point, but nothing after that, not even in the hospital.”

Sara, her youngest sister, and her mom were in Kansas City for a softball season kickoff tournament. Her dad, her middle sister, and her twin sister were two hours away near Jefferson City. Her dad was life-flighted and ended up having several surgeries — jaw and arm and pelvis just to name a few.

“Because of that accident, my perspective changed. I’m thankful the outcome is truly is a best-case scenario — everyone is alive, everyone is okay. In fact, not too long ago Dad and I played catch. But it helped me reflect on the true purpose of the word ‘game.’ A game brings joy, creates relationships, and pushes you to be a better you. You are so much more than the number on your back or your stat line. You are a human first. I’m so grateful for the opportunity I had to play the game here at Missouri State where Coach’s philosophy strengthened my convictions. Her philosophy is to train amazing young women and you carry that with you long after your playing days are finished.”

In her four-year fast-pitch softball career at Missouri State, Sara only had 2 hits.

Hit #1 – A game-winner against Troy her sophomore season.

Hit #2 – Against Bradley her junior season.

“There are controllables and uncontrollables. I realized early in my career things like playing time and number of hits were not controllables. But I can control my attitude, my work ethic, caring for the program and my teammates and my coaches. It wasn’t always easy, but I knew it made a difference. My teammates and coaches encouraged my impact beyond the stats, and their encouragement helped me realize that I was contributing to something bigger.”

It was my first game of catch on the recreation fields next to Taco Bell on the northeast side of campus. Sara graciously agreed to a compromise, alternating throws with a baseball and a softball. We had a blast sharing stories. An outfielder at Missouri State — “No one wanted to play outfield growing up, so Dad moved me there to keep the other parents and players happy.” — Sara made me laugh when she said she watches the outfielders during a baseball game instead of the ball, “I just can’t track the ball off the bat.”

“My parents were the first ones who really taught me how to be a good teammate. They’d drive a couple hours to watch me sit on the bench and knew I was contributing even if I wasn’t on the field. After the game, they’d tell me how proud of me they were. And my twin sister echoed it. They knew that I was much more than a batting average or my playing time. That support system was a difference maker.”

Sara has a gift for vicarious living. “When I wasn’t on the field, I was truly filled with joy when a teammate got the game-winning hit or made the great play. I loved seeing someone else succeed. When you’re part of a team, joys are supposed to be shared.”

Sara is working on her master’s degree in education with an emphasis in math and plans on graduating in May. She continues to encourage and cheer on others, sharing her math wisdom with freshman athletes at MSU and her softball wisdom with a 14-and-under team at Kickapoo. Her dream job is to be a high school principal where she could advocate on behalf of her students.

She is truly a phenomenal young woman.