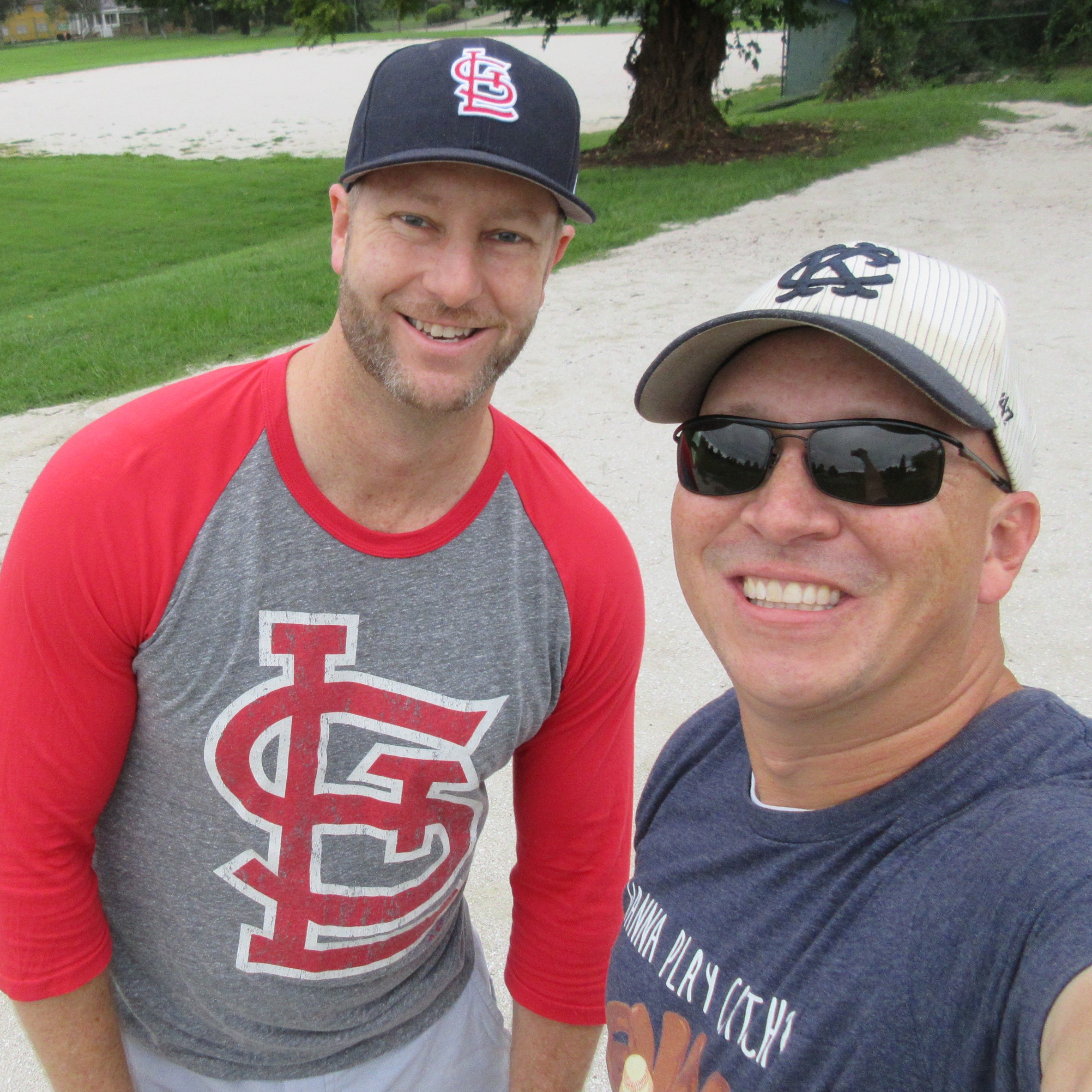 Now, this is a story all about how

My life got flipped turned upside down

And I’d like to take a minute, just sit right there

I’ll tell you about a game of catch with Chris Jarr(att).

“Swing for the fences,” Chris said. “Some people will think it’s awesome and some won’t. You’ve just got to give it your best effort.” As he checked on the score of his beloved Miami Dolphins, he changed metaphors. “You’ve gotta have a quarterback mentality. Pick yourself up, dust yourself off, and keep going.”

He was talking about what working in advertising has taught him about life. I thought it sounds like solid advice for any creative effort.

Even though he had a hairline fracture in a bone in his shoulder last year, Chris played catch with his 6-year old not too long ago.

“Throwing batting practice is another experience. I just try not to hit him.”

I can sympathize. Throwing batting practice is a definite unique skill. I’ve plunked a number of kids over the years.

Chris lived on both coasts growing up, playing baseball and basketball in high school. He moved to Springfield to attend Drury, met a girl, got married, and then adopted his half-brother when his brother was 11. That experience taught him the all-important power of trust in relationships.

“Trust is half the battle with kids,” Chris said, which echoed what he said when interviewed as a recipient of one of Springfield Business Journal’s Men of the Year for 2017, “People live up to the expectations you set for them if they trust you.”

That mentality aptly describes how he operates as creative director at Revel Advertising, which will turn 8 next month.

At the end of this month, Chris will turn 40. As long as the series is meaningful, he and his wife are planning to travel to Chicago to watch the Cardinals and Cubs play. The Cardinals are only 4.5 games back. This is definitely the time of year when strange baseball things happen.

We played catch on the same practice mound where I met Taiki yesterday morning as the field is still quite damp and squishy.

Yesterday, as the best man in a friend’s wedding, Chris toasted the groom and bride with a rap set to the beat of The Fresh Prince of Bel-Air. After catch, Chris showed me his rap video. As you would expect from someone whose business has won dozens of awards for creative design work, the video and the rap are brilliant.

I bet you don’t even have to play catch for him to show it to you.