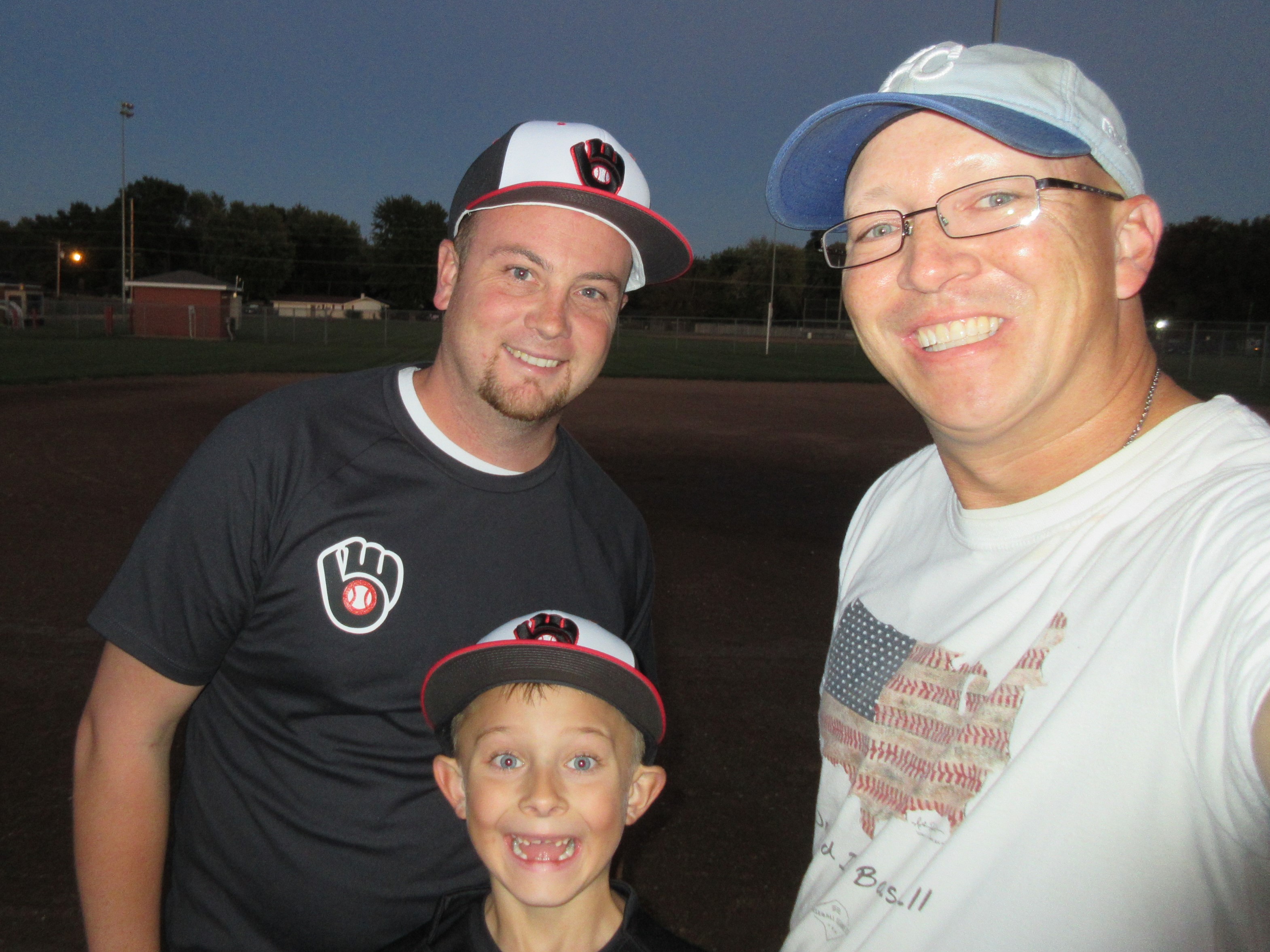 Through the first 269 days of 2018, I have had approximately 340 different catch partners. This number is low because there have been multiple games of catch I haven’t written about for one reason or another.

Still, I’m pretty proud of that number. And I’m ridiculously grateful my arm is still attached.

After dropping Sophie off at her taekwondo class, I drove a few miles farther south to the ballparks in Nixa to meet Chandler and his son Rylan. Rylan just turned 8 and is a fan of the Cardinals and catcher Yadier Molina, though he had a pretty incredible experience with first baseman José Martinez and is considering changing the number on his uniform to match.

“We had seats along the first baseline and Rylan was the only kid in the section, so Martinez tossed him a ball. After the game, Martinez had a live Instagram session and I posted a comment on it, saying thanks for the ball. He read the comment out loud and said that we were most welcome.”

The ball now sits in a case on the shelf. Hopefully, it will never be Sandlotted.

Chandler used to be Rylan’s coach and has since taken himself out of that role as both now wear the White Brothers Baseball logo.

“I just want to be dad, to play catch and have fun.”

Chandler graduated from Mansfield in 2008 and told me stories of pitching against rival high schools and playing all nine positions his senior season. The fall of his senior year, he broke his pinky after a particularly heartbreaking loss. Oddly enough, that broken pinky helped him develop a solid change-up. He threw me curveballs and sliders and knuckleballs and I threw flat sliders in return, along with pop-ups and grounders to Rylan. Chandler now pitches in the Grip ‘N’ Rip League for the Yogis whose colors are green and white. His custom-made Ritchie Bats also bear the team colors and look gorgeous. I took a few gentle swings and immediately regretted the decision.

I wish I could think of a good excuse to order a custom-made bat.

Like trying to hit home runs at the K for season tickets.

Or going to Royals Fantasy Camp.

Or taking batting practice at the K.

Or just to tote around with my glove and use at the Fun Acre cages.

The evening air was cool and crisp and smelled like freshly cut grass. Perfect jeans and t-shirt weather. Even though the sun was setting and I had to squint to pick up Chandler’s throws from the dark trees behind him, I didn’t want to stop playing catch.

With Daylight Saving time ending soon, I need to find some glow-in-the-dark baseballs.