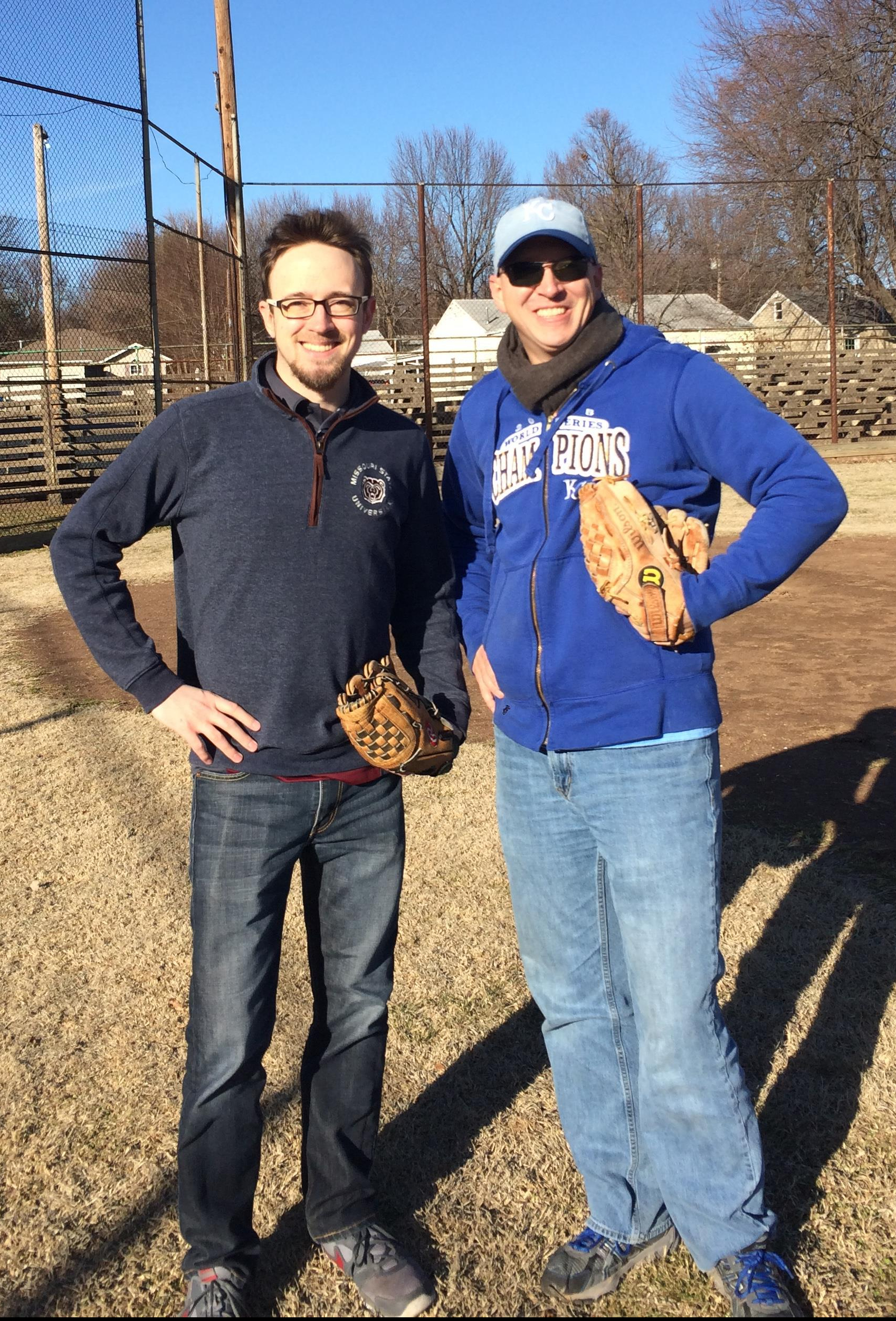 Cal Ripken Jr. played in 2632 straight games. If I tried to play catch for 2632 straight days, it would take me until March 17, 2025. I would be turning 51 only a few months after that. I would have to learn how to throw left-handed to even entertain such a ridiculous thought.

“Sounds like a fun goal,” Dad said at lunch as we tried to warm up from our first golf game of the year. (Resolution #1 was to play golf with Dad at least once every month of 2018. Catch playing is officially Resolution #2.)

We teed off when it was 30 degrees outside; I did not ask what the wind chill was. I wore a full-load-of-laundry’s worth of clothes to try and stay warm. Every shot felt like a half-swing. I parred the first hole of 2018 and almost quit. By the time we finished, it had warmed up to a balmy 37 degrees and I was ready to play catch with Kevin.

Kevin is a social media guru at MSU, which I still can’t help but call SMSU, and also a Royals fan. I love meeting Royals fans in Springfield; it kinda feels like a secret society. We met at Fassnight Field and were greeted with a whipping wind and drums from Mordor, both of which made conversation tricky. But I was able to make out the origins of his Royals fandom and why he’s a fan of David Copperfield (He’s a great storyteller) and if he thinks Hosmer is returning to the Royals (Yes) and his favorite baseball movie (Major League).

My favorite story Kevin told was when Allard Baird, then General Manager of the Kansas City Royals, called him. As a 13-year old, he talked baseball with the GM of an MLB team! Even during those rough years, I think that is incredibly awesome. I’m sure there are days when being a social media guru is a little like being a Royals fan during the Baird era or trying to press on to keep a streak intact or playing golf in freezing weather.

But there are some really good stories coming out of MSU and I bet Kevin’s helping write them.

And I did get my first birdie of the year today.

Now, I’m just waiting for my call from Dayton Moore.