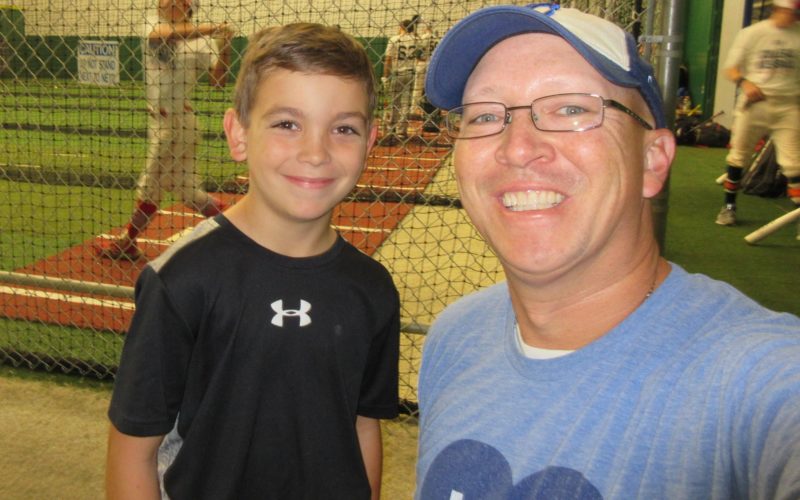 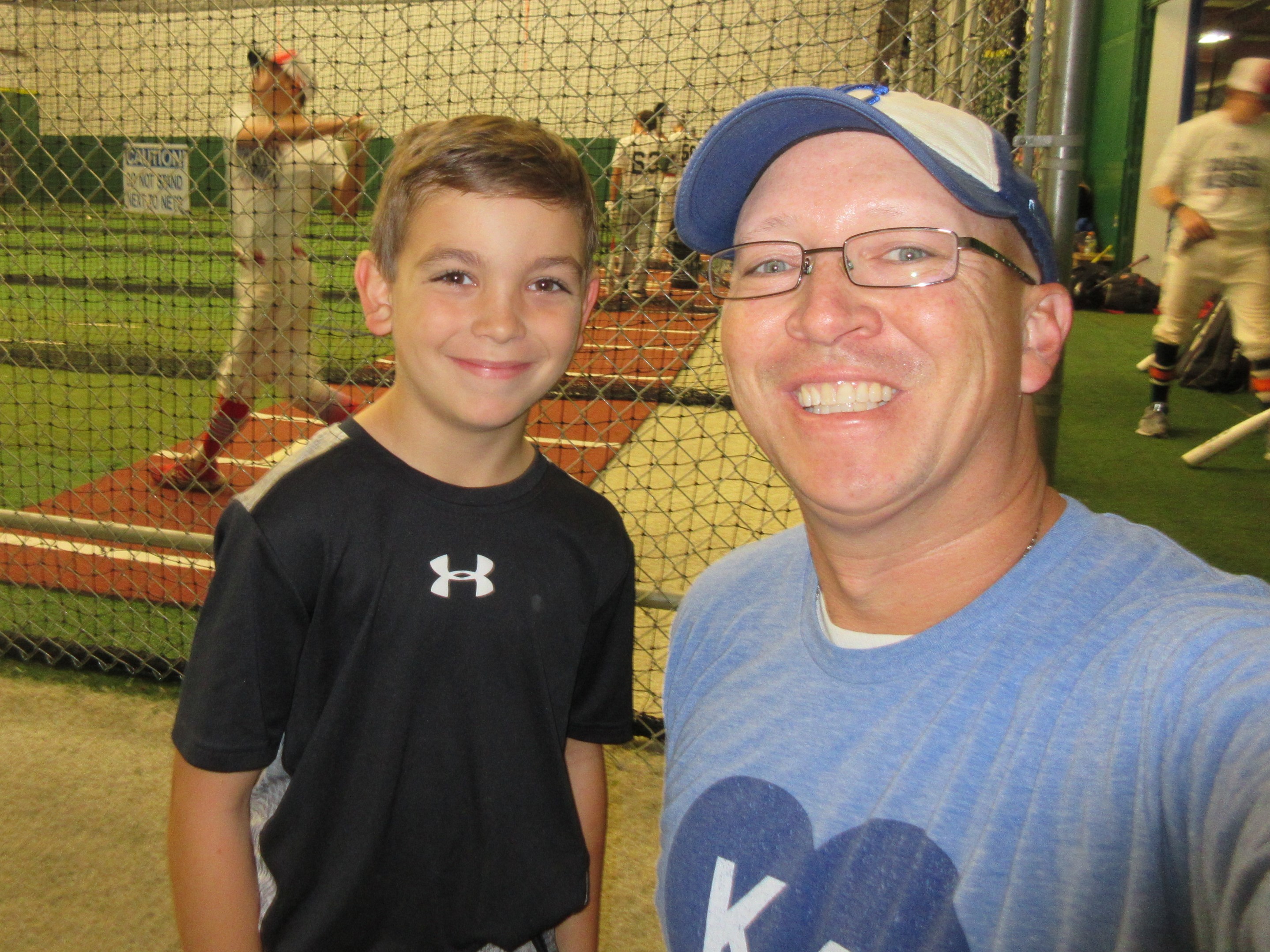 At the age of 44, I was “invited” to my first college baseball showcase. I couldn’t help but think of Larry Hasenfus, the 58-year old southpaw who returned to school and earned a spot on the team at Springfield College.

Hosted at CY Sports Center, the showcase drew the attention of 8 colleges. I spotted both Coach Nasby of Drury and Coach Guttin of MSU and briefly said hi. Guttin complimented my Royals World Champions hoodie and Nasby encouraged me to play in the Grip ‘N’ Rip League next year.

Caleb (Day #261) worked with the hitters and Chandler (Day #295) took swings; Doug helped the pitchers and Ryan (Day #100) walked around with a clipboard making sure everyone was staying on task; Nya basically kept everything and everyone in order.

Over the past three years, because of this showcase, 76 players have signed on to play baseball collegiately.

I’m willing to sign most any offer to help hit that number, but doubted any of the colleges would be interested in what I had to offer.

I walked in to CY just after registration finished and was offered a free donut. I gladly accepted the offer. I watched the hitters warm up in the cages and the pitchers and catchers stretch out in the tunnels and wished Chandler the best of luck.

And then I heard the distinct sound of playing catch. Not catch to warm up or catch to impress, but catch for sheer joy.

I spotted Keilynn and his dad tossing a ball on the far side of the big space which had been transformed into hitting tunnels. Unzipping my backpack, I grabbed my glove and asked if I could join.

Keilynn will turn 9 in a week and loves the Cardinals and Yadier Molina. He’s a pitcher and third baseman and catcher, but really loves just to be on the field playing ball.

While aluminum bats echoed behind us, Keilynn and I threw. My grass-and-dirt-and-asphalt stained baseball was quite difficult to pick up off the deep green-painted walls. I thought about snagging a white pearl from one of the hitters, but decided against it. Keilynn introduced me to his brother, Logan, a senior at Hollister who’s hoping of playing next year.

Maybe I should take a lesson from Larry and go back to school, get another degree, and spend a season playing ball. If I follow his timeline, I’ve got another 14 years to get in shape.