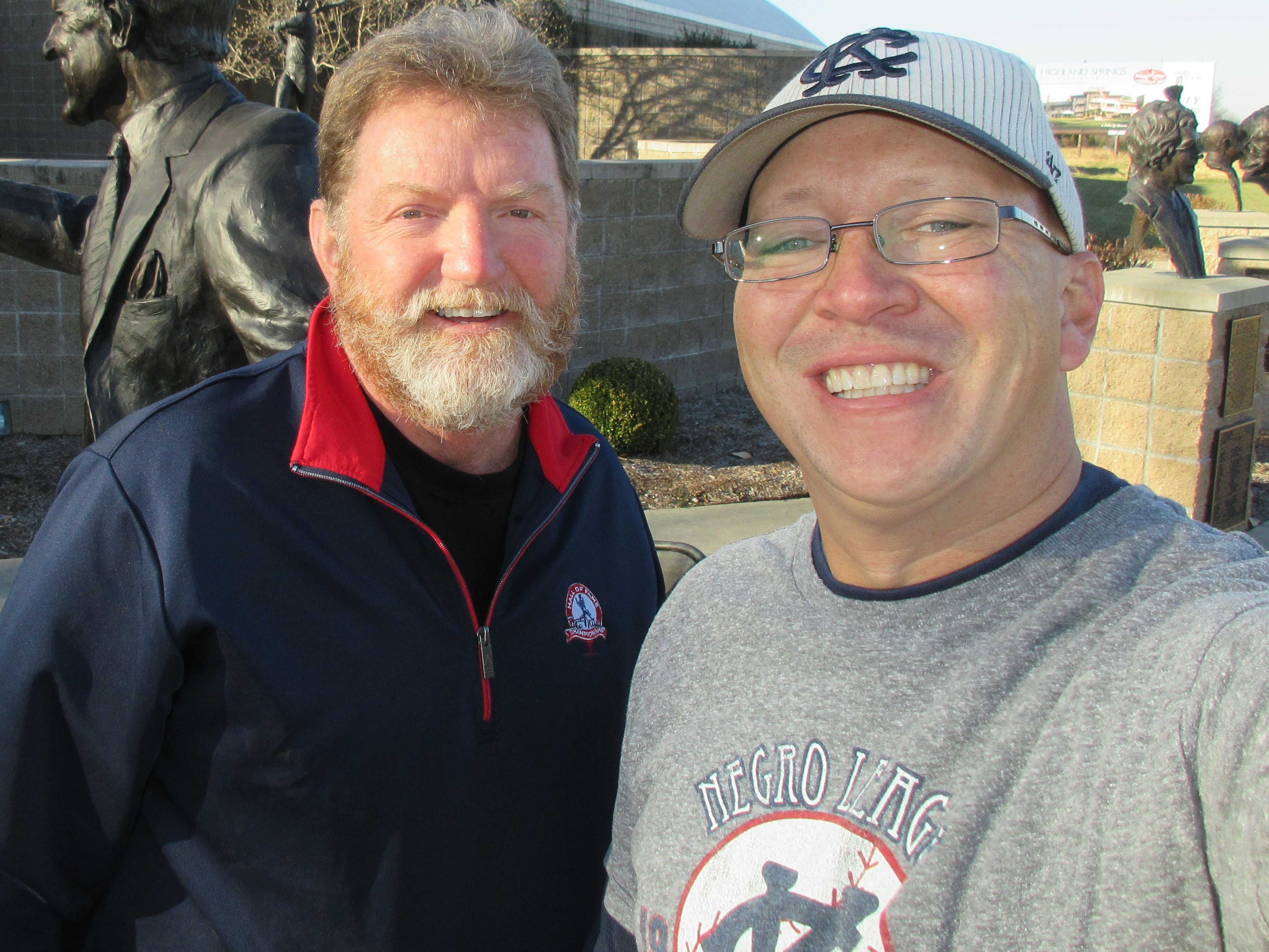 Bill Virdon’s statue at the Missouri Sports Hall of Fame honors an unforgettable catch from the 1960 World Series. The catch even has its own baseball card.

With Bill Virdon and the other statues of Legends Walkway as our witnesses and no snow on the ground, Marty and I played catch on the side of the Missouri Sports Hall of Fame that faces the highway. Conversations paused for passing semis.

Marty is the Executive Vice President for the Missouri Sports HOF. He’s the person responsible for planning and executing all of the HOF events, like the Sports Enthusiasts Baseball Luncheon back on Day #144. Marty’s a life-long Cardinals fan and his position has afforded him the chance to meet some of his favorite players including Ozzie Smith and Stan Musial.

“It’s a new job every day. This job teaches you how important it is to be nice to people.”

Marty grew up in Lebanon, playing Little League and Babe Ruth ball and walked on to the traveling team at Missouri Valley College.

“I was just going to be a late inning replacement. Coach told me that I could play the field with anyone, but I just couldn’t hit.”

The next summer, Marty played softball and was hooked. At one point, he was playing for two different teams, five nights a week plus a tournament every other weekend.

“When you’re single and it’s the summer and you’re a teacher, you’ve got the time.”

For the last 7 years of his fast-pitch career, Marty played on a highly competitive team.

“The pitchers were so good, I wasn’t getting much hit my way in the infield. When our catcher had to miss a practice, I volunteered to give it a shot. I loved it. Back then, collisions at the plate were a pretty big thing. I definitely took some hits.”

I can’t imagine any scenario where I would volunteer to play catcher.

To try and save his knees, Marty stopped playing softball and took up golf. Three years ago, he dropped the clubs to take up fishing.

For the last fifteen years, Marty’s spent time with those who were the best to play their sport, whether baseball or golf or football or basketball. But he’d most like to play catch with his dad.

I understand the sentiment completely.

Though none of my catches have been historic or statue-worthy, my catch partners have made this year truly unforgettable. 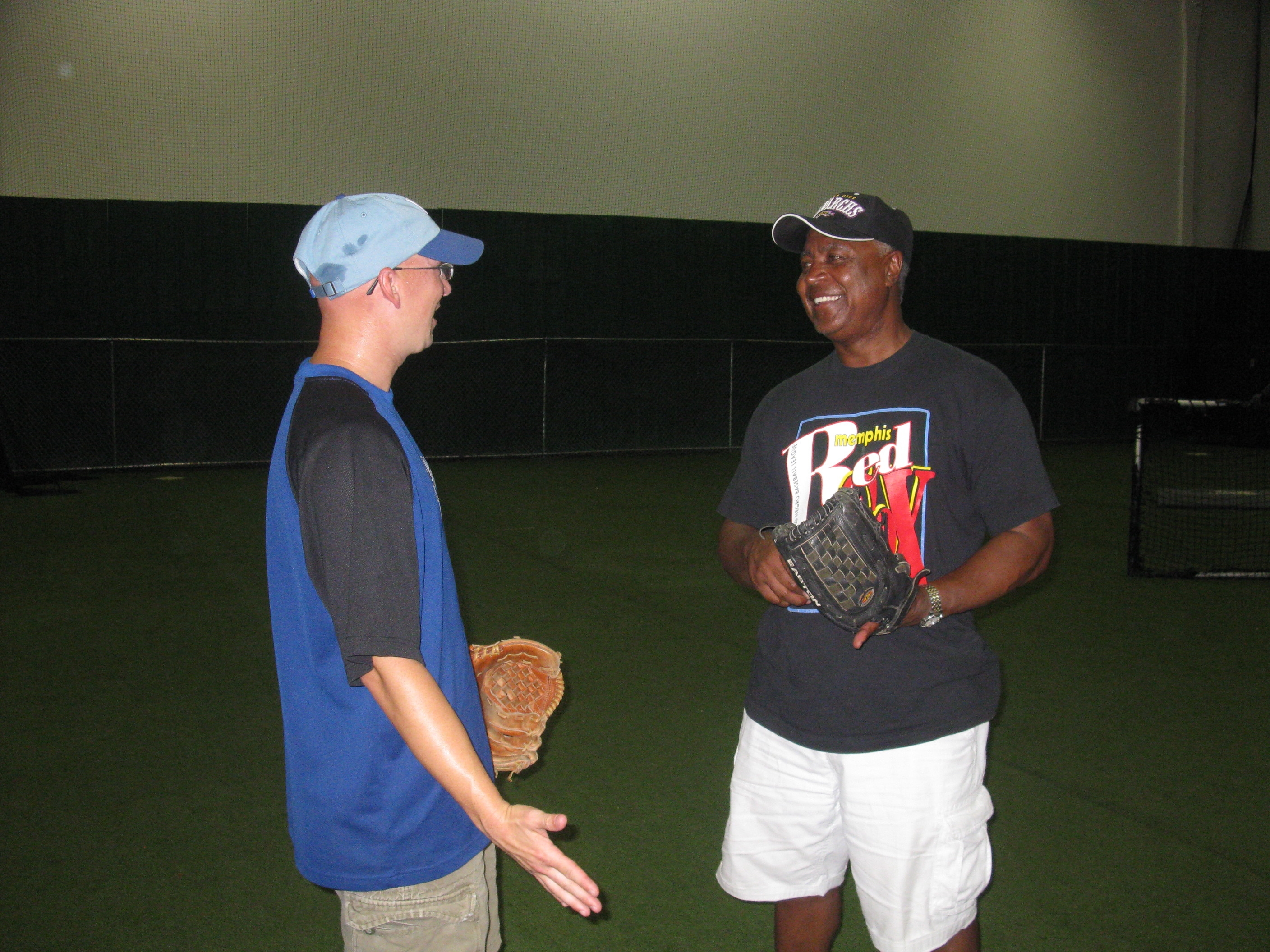