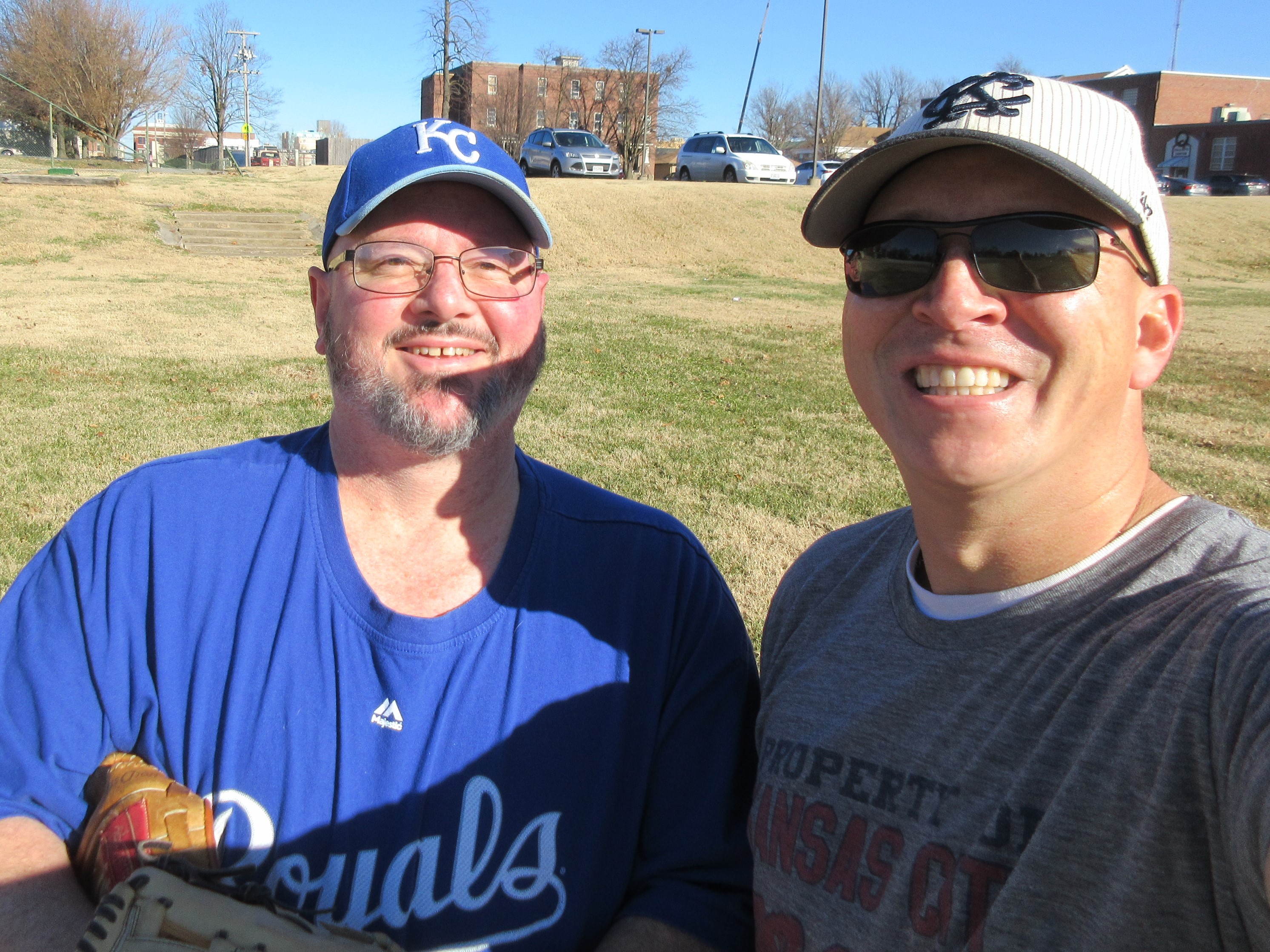 The Bryan Family Millennium Falcon parked next to Greg’s Serenity and there was great rejoicing in the collision of the sci-fi universes. The vehicles faced south and overlooked the yellowed grass outfield of the unnamed and mostly unused downtown ball park I first played catch on 346 days ago with Daniel and Chris.

A number of years ago, while skipping rocks with his brother-in-law, Greg tore his rotator cuff.

“I felt it pop and all of a sudden I couldn’t lift my arm.”

While researching whether or not to have surgery, Greg discovered a fascinating statistic.

“About 70% percent of cadavers have some kind of damage to their rotator cuff.”

Supposedly, rotator cuffs can heal on their own in about 6 months’ time. Thankfully, he said there was no pain as we threw the ball in the outfield grass.

“I don’t try and throw as hard as I used to, but I can still throw.”

A fan of Field of Dreams, Greg played catch this past summer with his nephews — Isaiah (Day #165), Josiah, Eli, and Gideon. He thinks it’d be fun to play catch with Royals broadcaster Ryan Lefebvre.

“I met him once, mostly by accident. We were walking out of the stadium after kids ran the bases. The exit I usually take was blocked off. He ended up leaving at the same time and we talked a little bit. I know he’s been through a lot, but I think he’s one of the best broadcasters.”

When the story of playing catch hit MLB.com, Ryan Lefebvre sent me a congratulatory email, saying playing catch for a year will make a great story once 2019 rolls around. I was elated to hear from him.

Greg is a Royals fan. Wearing an Alex Gordon t-shirt and a tribute to Yordano Ventura on the bill of his hat, we stepped out on the crunchy grass and talked about the boys in blue.

It is a gift to talk about the Royals in the middle of Cardinals country, dreaming of playing catch with Salvy or Gordo. His favorite players are Frank White and Mark Teahan and he’s enjoying getting to know the new corps who will lead the next wave of Royals success.

Only two weeks remain in this catch-playing year.