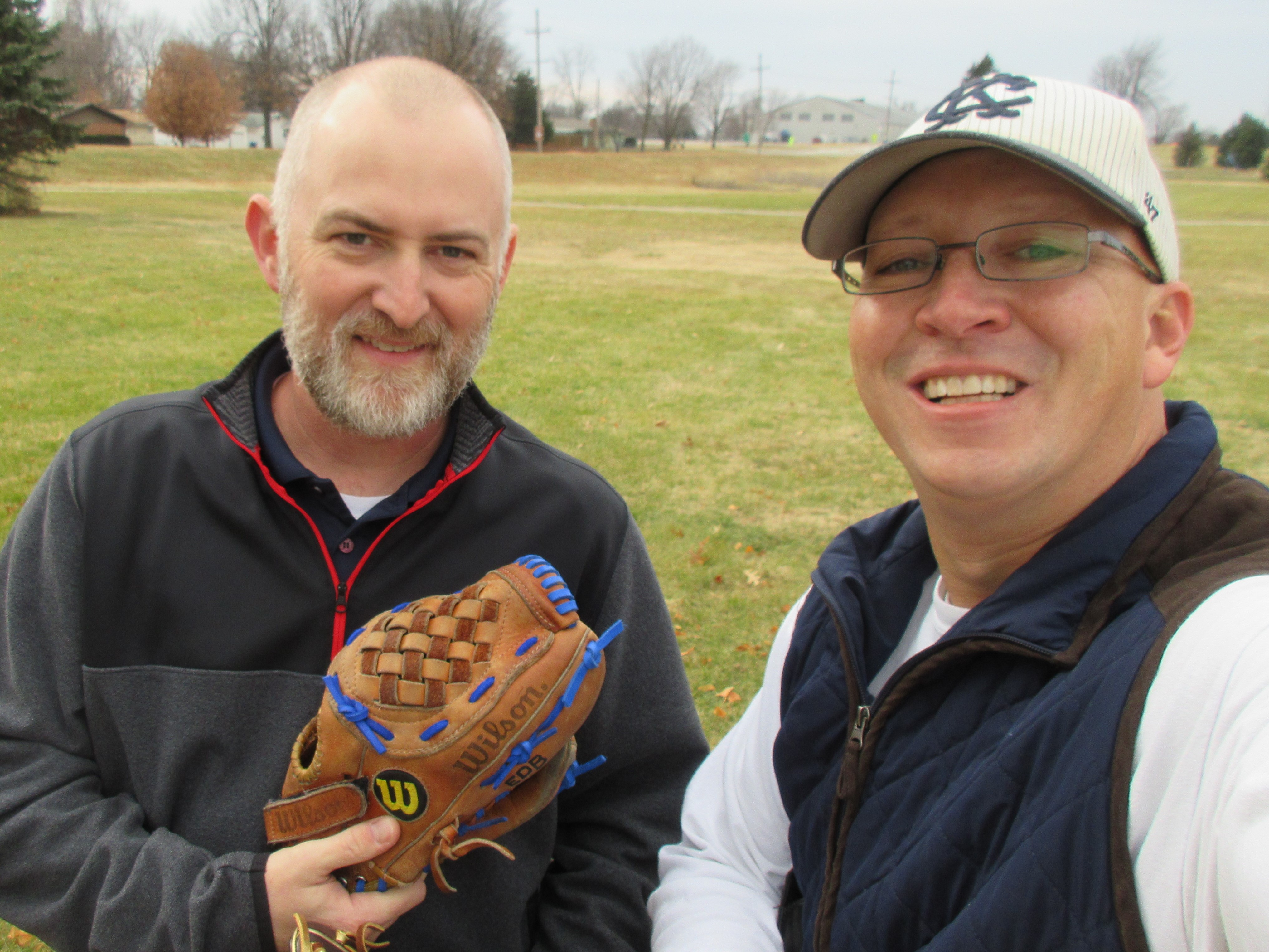 In 2016, on Opening Day, I participated in the Relay the Way event the Royals hosted. A game of catch almost ten miles long, from Union Station past the Negro Leagues Baseball Museum all the way to the mound at Kauffman Stadium, Relay the Way was both a celebration of the 2015 World Series and a fundraiser for the Kansas City Urban Youth Academy.

Josh (Day #16) and I left Springfield at 6:30 AM with a Royals World Champions flag flying from the back window of the Bryan Family Millennium Falcon. We stopped in front of the Paseo YMCA and got a picture of the Buck O’Neil mural before heading into Parade Park where we were joined by Brett (Day #145) who promptly greeted me with an awkward bearded kiss on the cheek.

The three of us walked to the north side of the park to find spray painted blue dots in the grass where we were supposed to stand and wait for the ball. The ball was tagged with a GPS device so event coordinators could follow it and make sure that the same ball that left Union Station at 9:00 AM would be delivered from the mound at Kauffman Stadium at 7:30 that night. I spotted the ball being tossed down Paseo Avenue at exactly the same time I spotted Royals Hall of Fame third baseman George Brett.

I tracked the ball as it was lobbed from person to person. When it was less than a minute away, I felt a small tap on my shoulder.

The asker was a young boy, maybe 10 years old, decked out in blue with a glove that hadn’t quite been broken in.

“Just hold that glove open and I’ll make sure you catch it.”

He smiled and skipped back to his blue dot.

The ball came and passed without incident — stranger to Brett; Brett to me; me to boy — who caught it! — and so on all the way to the K. And then I noticed George Brett was walking my direction. I had to say something.

He stopped and turned my way.

“Good to see you here,” he said shaking my hand.

“I used your glove.”

“What?” he said, raising his eyebrows.

Holding out my beloved Wilson, I showed him the signature in the palm, “I’ve been using it for the last 25 years.”

“You still use this?” he laughed.

“That is awesome. Atta boy,” he smiled and joined Royals General Manager Dayton Moore and Kansas City Mayor Sly James in a game of catch with young kids.

I used this glove my last season of school and summer baseball for Kickapoo.

I used this glove playing shortstop for the slow pitch softball team of the Baptist Student Union at the University of South Carolina.

I used this glove on the beach in southern California and on the grounds of Disney World and in countless games of catch at the K.

Thanks to this year, it’s been almost worn through.

He brought it to me at the park and it felt like a new glove. While he practiced knuckleballs, I tried my best not to miss them.

Only 12 catch playing days left in the year! 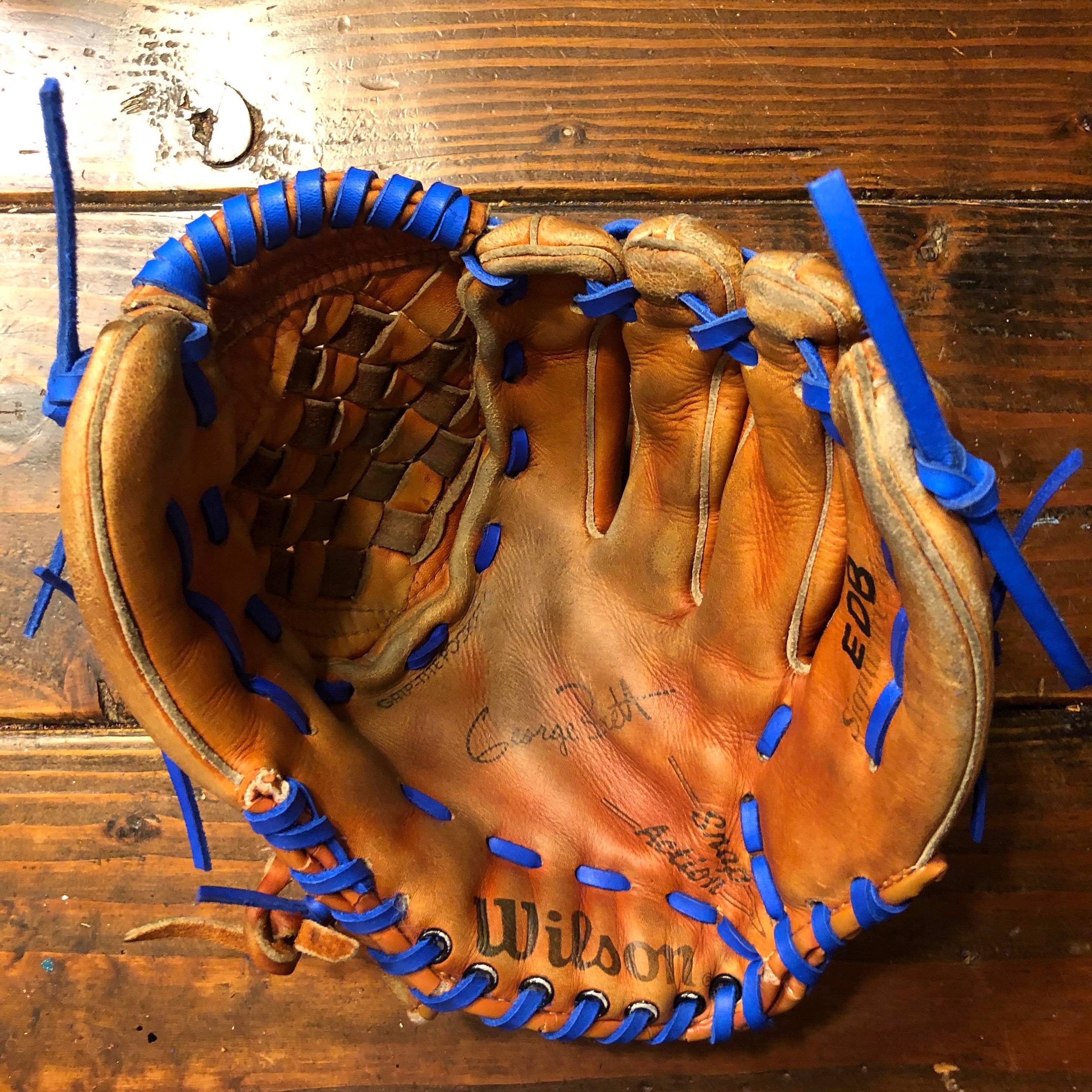