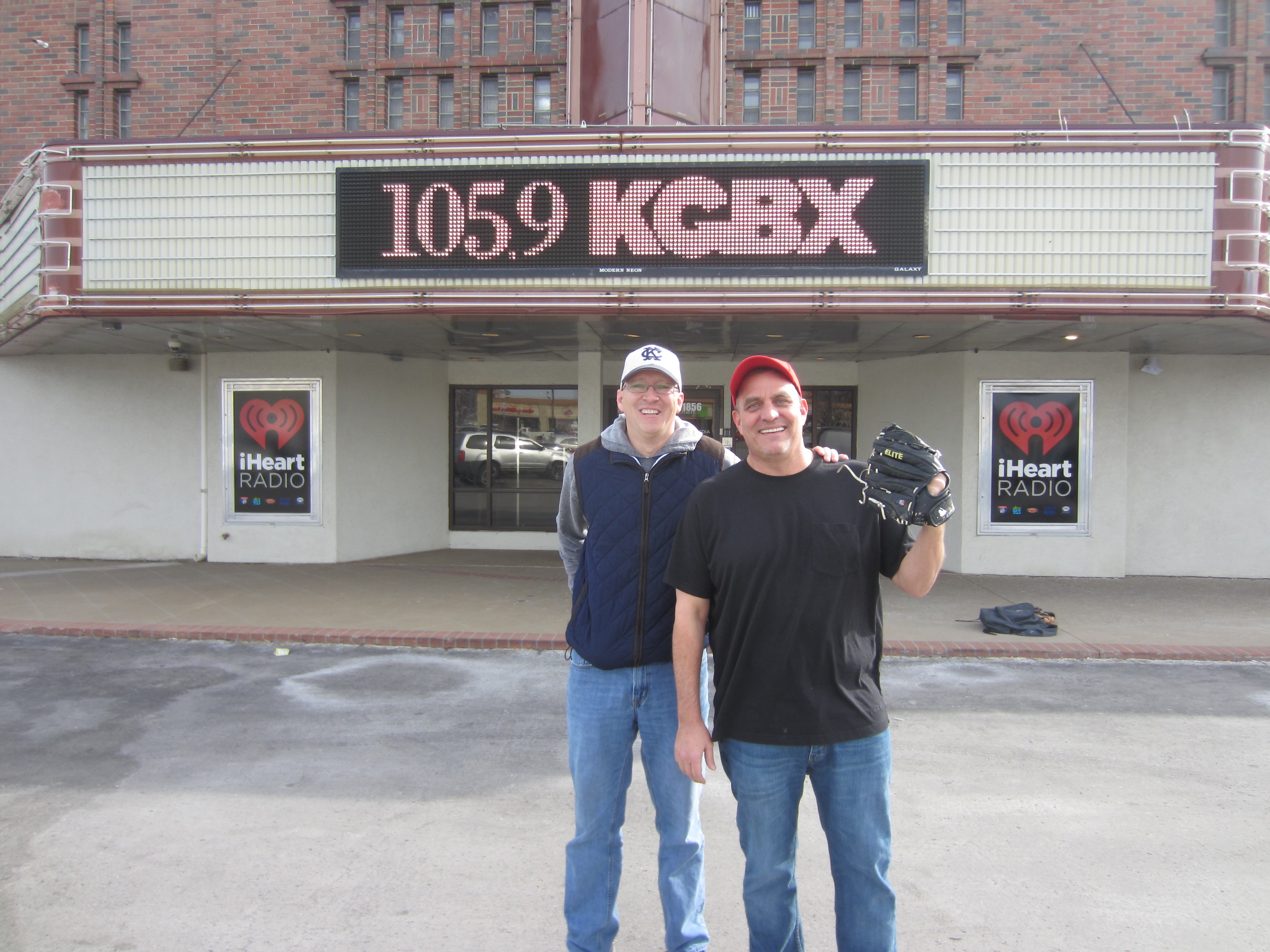 I thought I remembered a story about going to the Tower Theater to watch the movie Fantasia but before the movie started the ropes that pulled back the curtain started smoking and smoke filled the theater and we had to evacuate the premises for a little bit while the fire department cleared the smoke. Neither my parents nor my sister, however, remembered that event and I couldn’t find anything about it in a quick Google search.

Oh well. (I do think the Sorcerer’s Apprentice might be the best description of most of my days.)

I met Kevin and Liz of 105.9 KGBX to record a segment for Monday morning. If you listen closely I’m sure you’ll be able to hear my heart pounding as I talk. After the interview, we went out in front of the theater to film a brief promo and play catch. Program Director Matt joined us.

Playing catch in a parking lot is always dangerous. I don’t know how many cars I’ve bounced a ball off of over the years or how many times I’ve almost been hit by a driver not paying attention. I do remember one time, and I know this happened, I had to leave a note on a car about putting a dent in their door because of a bad throw (it wasn’t my throw, but I was the only adult present). The owner of the car actually texted me and said not to worry about it; they were glad I was outside playing catch with a group of kids.

There are good people in this world.

I dodged a few cars, got a few strange looks, and one thumbs up. No cars were hit today; no notes were left.

Thank you Kevin and Liz and Matt!