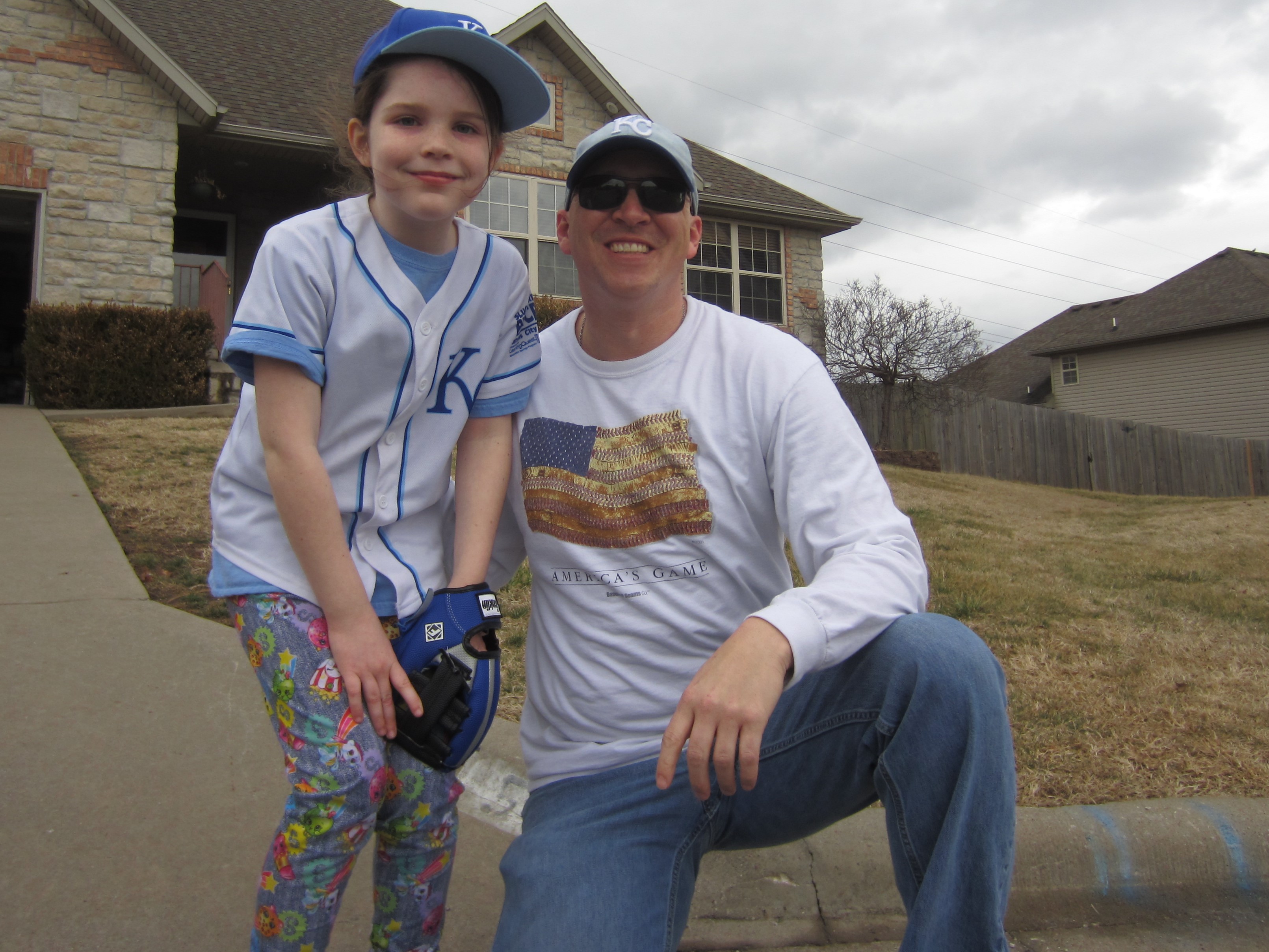 At church, Lael sent her people (Josh of Day #16) to talk with my people to coordinate calendars for a game of catch. Today was that day.

I was supposed to play catch with Lael while my daughter got her ears lowered, but the heavens opened up and 2018 had its first rain delay.

Lael is the same age I was when I first learned how to play catch. I remember working with Dad on a dusty infield at Meador Park that no longer exists. He used all the appropriate baseball aphorisms.

Though the gray clouds lingered and the wind was strong enough to blow hats off of our heads more than once, Lael and I survived the rain delay. She greeted me in full 2017 Royals Blue Crew regalia — jersey, hat, and glove. And then, by accident, I asked a pretty tricky question for a young Royals fan.

“Do we still have LoCain?”

We finally settled on Salvy. And then I asked another tricky question.

“So, what’s your nickname?”

We continued tossing the ball while we talked through possible nickname fodder — movies and foods and vocational aspirations. We eventually settled on one as a tip of the hat to LoCain, “LaKen.”