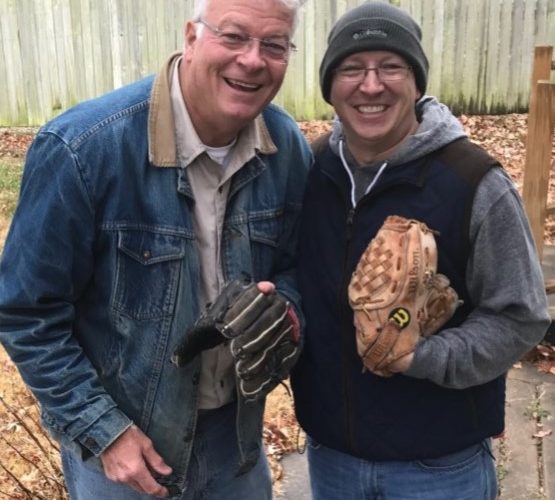 “Hey Dad, wanna have a catch?”

I was about 8 when that sentence became a daily saying. I have changed a little since then, from glasses to surgeries to having my own incredible kids.

But some things haven’t changed.

This was the first game of catch above freezing in 2018, but 35 degrees isn’t that much an improvement.

No dropped throws. No fastballs through fences or sheds, either.

Thanks, Dad, for all the games of catch.

And happiest of birthdays to my awesome nephew, Henry!