I know about his “Fat Lady is Singing” sign during Game 4 of the 1985 World Series. I’ve seen his signs on the news and at the ballpark and pretty much all over the Midwest. Marty takes superfandom to the next level.

If I travel to St Louis this year, playing catch with Ozzie will be the reason.

He grew up a fan of Pete Rose. He’s made signs for Rose saying, “Every Rose has its thorns” and “4256 reasons why he belongs in the HOF,” but the Hit King has never seen them.

After reading his book Winning Baseball, I, too, grew up a fan of Rose and named my pet cockatiel after him. Pete would whistle “Take me out to the ballgame” all the time.

His most important sign came after 9/11, “Baseball has players. America has heroes.” That sign was seen from coast-to-coast via newspapers and the internet as baseball became an important means of healing after the act of terror.

I reached out to Marty via Twitter, unsure if he’d entertain a game of catch with a Royals fan.

“I’d love to play catch with you!” he replied.

We met at the Miracle League field and he greeted me with my very own sign.

Marty and I connected immediately.

His walk-up song is a brand-appropriate Domino by Van Morrison. Marty is the co-owner of several Domino’s Pizza stores throughout southwest Missouri. His favorite toppings are pepperoni, bacon, and onions.

Marty makes it to some 20 or 30 ball games in St Louis each year. “You know, I’m not going to Opening Day in St. Louis because I’m playing catch today,” Marty said. I was speechless. “And I was thinking about it this morning, it’s gotta be at least 9 years since I’ve played catch.”

Baseball connected Marty to his dad from his first game at Crosley Field at age 3. “I still have the pennant he bought me at that game.”

We walked on the field and started tossing knuckleballs and telling stories. I was amazed at his McGwire stories and baseball card collection stories. For his 40th birthday, Marty threw out the first pitch at a Cardinals and Cubs doubleheader.

“Of course, I was nervous. But I did throw a strike!”

Marty is also in the Missouri Sports Hall of Fame, inducted in 2003 because of his superfandom. He joked saying he was only inducted because the HOF needed more sponsorship and ad money. When they called him, he teased and kidded until he was told, “Without the fans, there would be no games.”

“When you’re inducted, you get to give a speech. The real athletes, those who played professionally, of course it’s a big deal to them but they take it all in stride. To those of us who played high school ball and softball and just love everything about the game, our speeches come straight from the heart. You can hear the difference. It’s a pretty cool experience.”

If a sign-creating St. Louis Cardinals superfan can make it into the Missouri Sports Hall of Fame, maybe a catch-playing, storytelling Kansas City Royals fan has a chance?

Marty’s currently redesigning his Cardinals Man Cave. “When it’s ready, I’ll give you a call. I’ve got a surprise for you.”

As soon as he said that, I thought of a gift in return. I’m already looking forward to sharing more stories and a supreme pizza minus onions (I’m allergic).

Baseball really does bring people together. 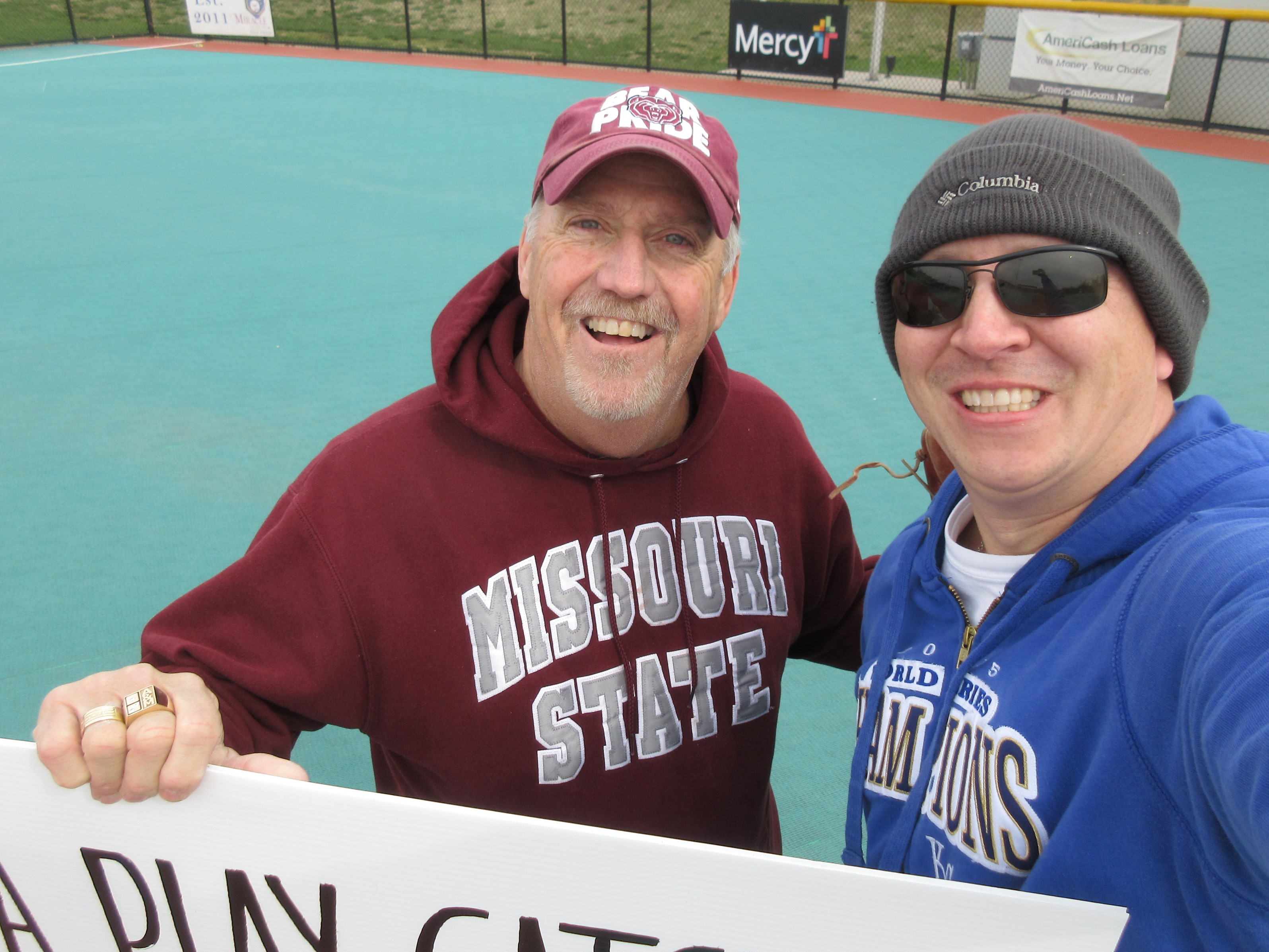