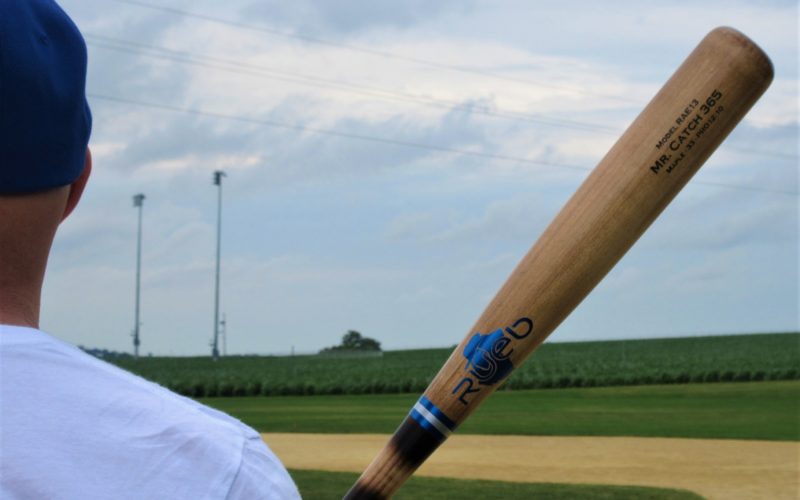 My stat line from Sunday’s game is somewhat interesting: 0-2, with two fielder’s choices.**

The good news: I didn’t strike out.

The bad news: I still don’t even have an on-base percentage.

The first fielder’s choice ended with me on first base and another broken bat.

Rex Hudler would say, “That bat died a hero.” I’m not convinced. Mostly because it was my favorite bat.

I first used this bat at the Field of Dreams on the Catching Hope Tour and laced line drives into left field. I used this bat when making new friends and playing at 42 Field. I was certain this was the bat I’d be using when the stars aligned and the ball found the sweet spot and my double became a reality. What good is having a favorite bat if you don’t use it?

My favorite bat died because I didn’t swing at a first-pitch fastball down the middle of the plate. 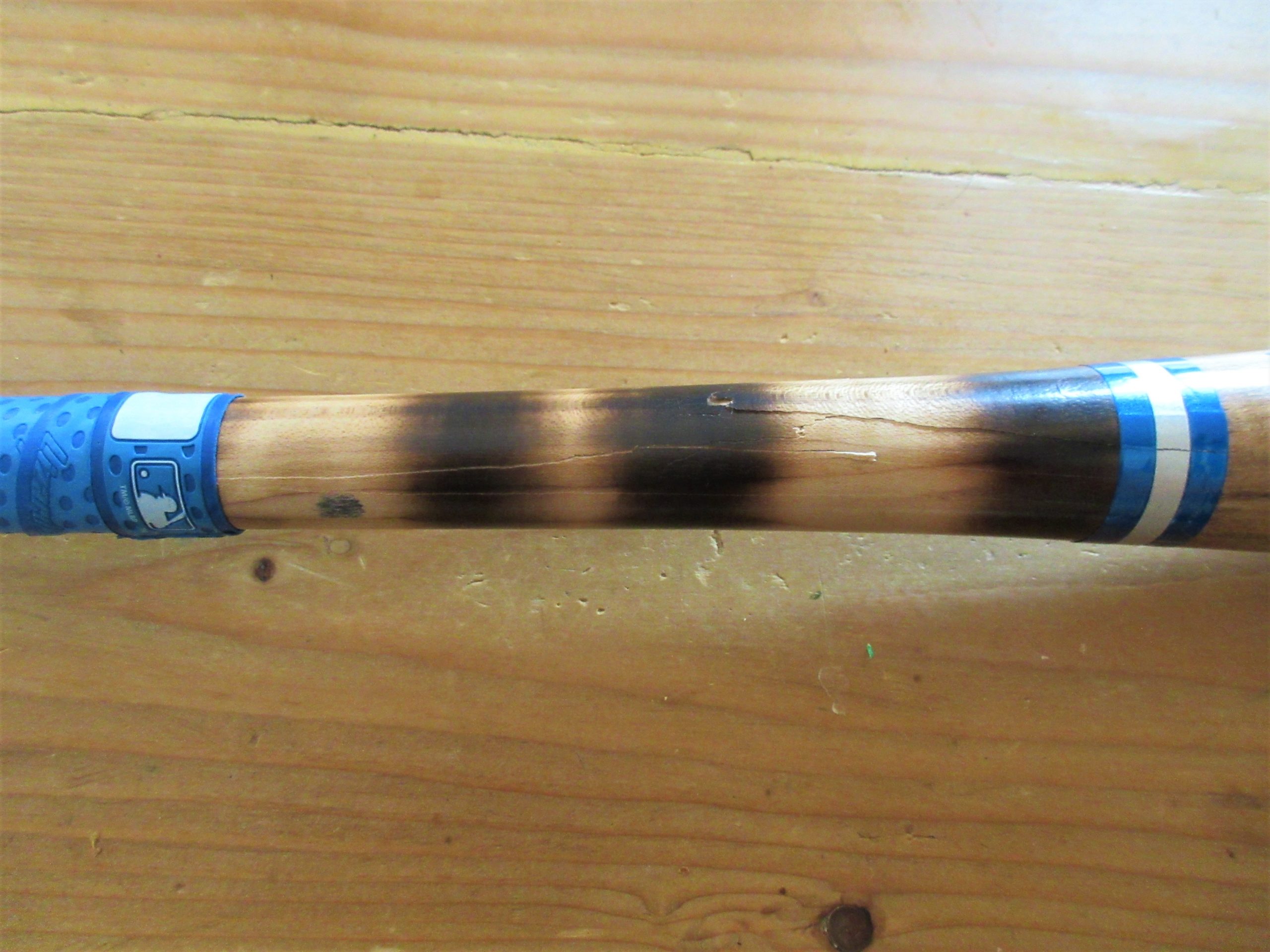 Part of hitting is using your head.

Baseball is a game for thinking. As I walked to the plate for my first at bat, I started thinking.

The pitcher had walked the previous two batters. I wanted to see him throw a strike before I swung. And the first pitch was a strike, perfectly centered. If I could have placed my hand and said, “Throw it here,” that is where the pitch went. Instead, I just watched it go by. I saw it all the way into the catcher’s mitt. Rex Hudler also says you get one good pitch each at bat. That was my pitch. That was everyone’s pitch.

Yogi Berra said, “You can’t think and hit at the same time.”

Part of hitting is trusting your hands.

With the count 1-2, I pulled my hands tight to my body on an inside fastball and hit a very weak grounder to third. Bunts have been hit harder. The third baseman threw to second, and the second baseman bobbled the ball. Everyone was safe. I put the ball in play. Rex says that good things happen when you put the ball in play.

But the biggest part of hitting, I think, is having heart.

A. Bartlett Giamatti, the seventh MLB commissioner, wrote, “Baseball breaks your heart. It is designed to break your heart. The game begins in the spring, when everything else begins again, and it blossoms in the summer, filling the afternoons and evenings, and then as soon as the chill rains come, it stops and leaves you to face the fall all alone. You count on it, rely on it to buffer the passage of time, to keep the memory of sunshine and high skies alive, and then just when the days are all twilight, when you need it most, it stops.”

It takes a lot of heart to attempt to do something at which the best in the world only succeed one-third of the time. Failure is inevitable. Sometimes you break your favorite bat. Even so, that doesn’t mean stop playing.

As for the game itself, the Ozark Mountain Ducks were victorious over the Nixa Suckers, moving to 3-0 on the season. With no games being played on Labor Day weekend, I’ve got two weeks to dream about barreling up a ball, just like my teammates Mark, Caleb, and King.

**The second was just a groundout that ended the inning.

◀The Quest For a Batting Average, Part Two
More Than a Game▶