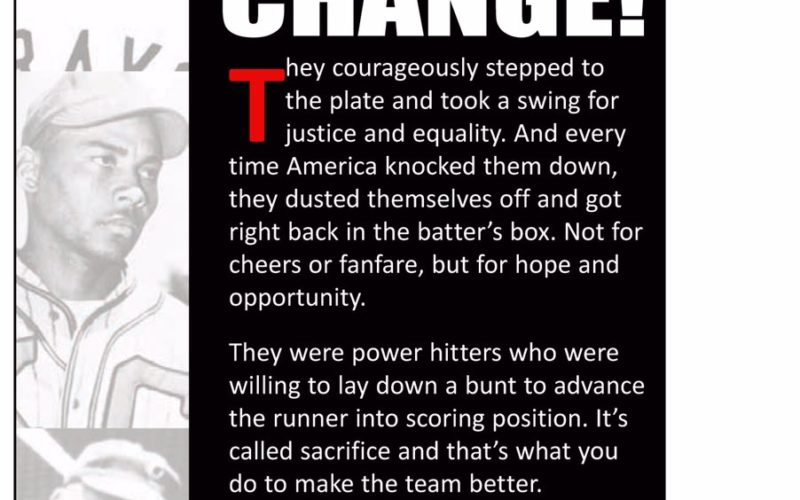 For today’s game of catch, I wish I lived in KC again. I wish I could have played catch with Bob Kendrick at the Negro Leagues Baseball Museum and hear his stories of the friendship of Jackie Robinson and Dr. King.

I read that Dr. King said Jackie was “a pilgrim that walked in the lonesome byways toward the high road of Freedom. He was a sit-inner before sit-ins, a freedom rider before freedom rides.”

But I no longer live in KC and weather made a day trip practically impossible.

Thanks to my wife’s brilliant idea, I went to Johnny Mac’s Sporting Goods because they have an indoor batting cage. They also have a phenomenal selection of new gloves.

At Johnny Mac’s I met Jesse who is now a student studying math at MSU. He graciously agreed to play catch today and said there would probably be others in the store who could play catch tomorrow (not a pretty forecast for an outdoor game).

Jesse grew up a Yankees fan and played high school ball. He taught me his forkball grip, which was quite the stretch for these cold hands.

For the record, Jesse and I both used my gloves so we didn’t damage any of the beautiful brand-new gloves in the store.

Thanks Johnny Mac’s and Jesse for the help!