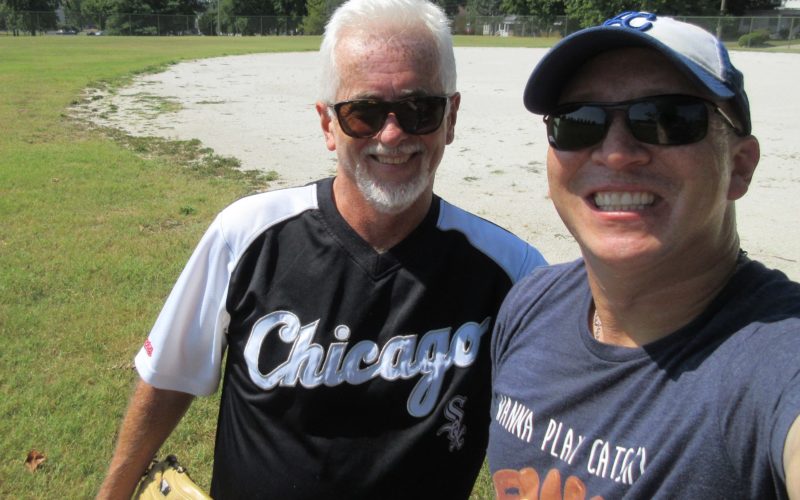 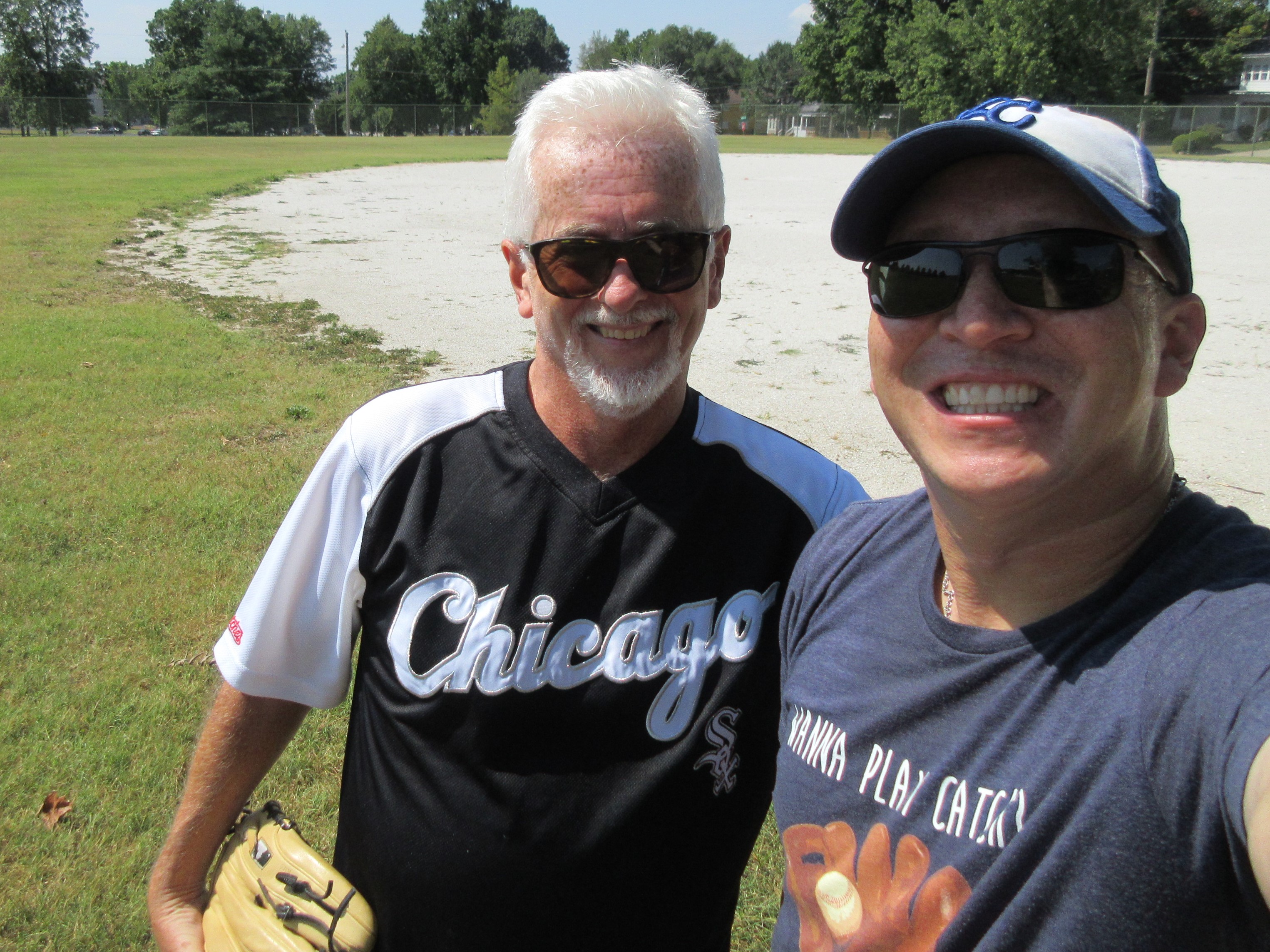 Most every morning, he sits in a rolling chair and waves at people on the way to work and the kids heading to school and those from the neighborhood out walking their dogs.

Last year, after driving by and waving to Martin for a few weeks, I stopped to visit with him and was utterly fascinated by his story. I wrote a poem about him (posted at the end) and sent an email to Steve.

“I know Martin! I’ve written a story about him,” was Steve’s quick reply.

Four years ago, just after the Royals secured a spot in the playoffs, Steve wrote a story about Royals fans in the Ozarks. I was absolutely delighted to be a part of it. Positively giddy about the Royals success, I brought out most of my souvenirs and baseball cards and jerseys, proudly displaying them in the living room as we talked about the Royals return to the playoffs for the first time in 29 years.

“That was a fun interview. What I most remember is you singing your Royals song while I shot a video.”

Also known as The Answer Man, Steve is a columnist at the Springfield News-Leader. He started writing in Springfield in March 2012 and is counting down to his 1,000th column.

“My picture has to run with it for it to count as a column. Yesterday’s column was number 610. Another twenty percent of my writing is non-column related.”

His favorite column was a story he wrote in 2006. The house Steve and his wife lived in used to be the home of a POW from WWII, Roland Stoehner. Steve tracked Roland down and wrote his story.

“His dream was simply to have a life. He just didn’t want to die at 19. He wanted to get married, have a kid, and find a job. The biggest thrill in his life was building that house and raising five kids in it.”

I tried my best to find that column. Instead, I found this one in which Steve writes about that column on the day he attended Roland’s funeral. It will be one of the most important things you read today.

In 2017, Steve’s “Convicted by Blood” series, a series which took about eight months to write, was featured on Dateline and he was interviewed by Keith Morrison.

“I entered that interview with some trepidation. With its limited time and my general view of TV journalism, except for 60 Minutes, I was afraid they wouldn’t do the story justice. But I was impressed with how well they told the story. I never knew when the camera went on. It was just like, ‘Let’s chat for a while.’ That was a lesson to me.”

Steve is a Chicago White Sox fan, which means that both of us will be cheering on other teams in the post-season.

About once every six weeks, Steve receives horrible hate mail for his columns. He often posts pictures of these letters and uses his marvelous sense of humor to put them in perspective.

“It’s like the Zodiac killer. There’s no handwriting, just cut-outs and underlines and it always comes in a recycled envelope. Ninety percent of the time I can guess what I wrote that drew their ire. They’ve gotta be avid readers and that can’t be all bad. My theory is they are former journalists.”

Most important thing you’ve learned as a writer?

“I can make anything I write better by going over it again. I’m never at a point where I think it’s perfect. Anything I write, I can improve.”

Best advice for other writers?

“Just start. Don’t be intimidated by the blank screen or page.”

“John Irving’s The World According to Garp.”

I finally stumped The Answer Man.

So, on Day #221, a White Sox fan and a Royals fan laughed and played catch in downtown Springfield.

Update: Steve sent me the link to his favorite story. “Let it be filled with love.”

Side note: I don’t think there’s any conceivable way this arm will make it to Day #1,000.

I just want to make

I’ve been an idiot,

but I’m not that person

I drive out of my way

Everyone deserves a second chance.

Martin’s making the most of his.