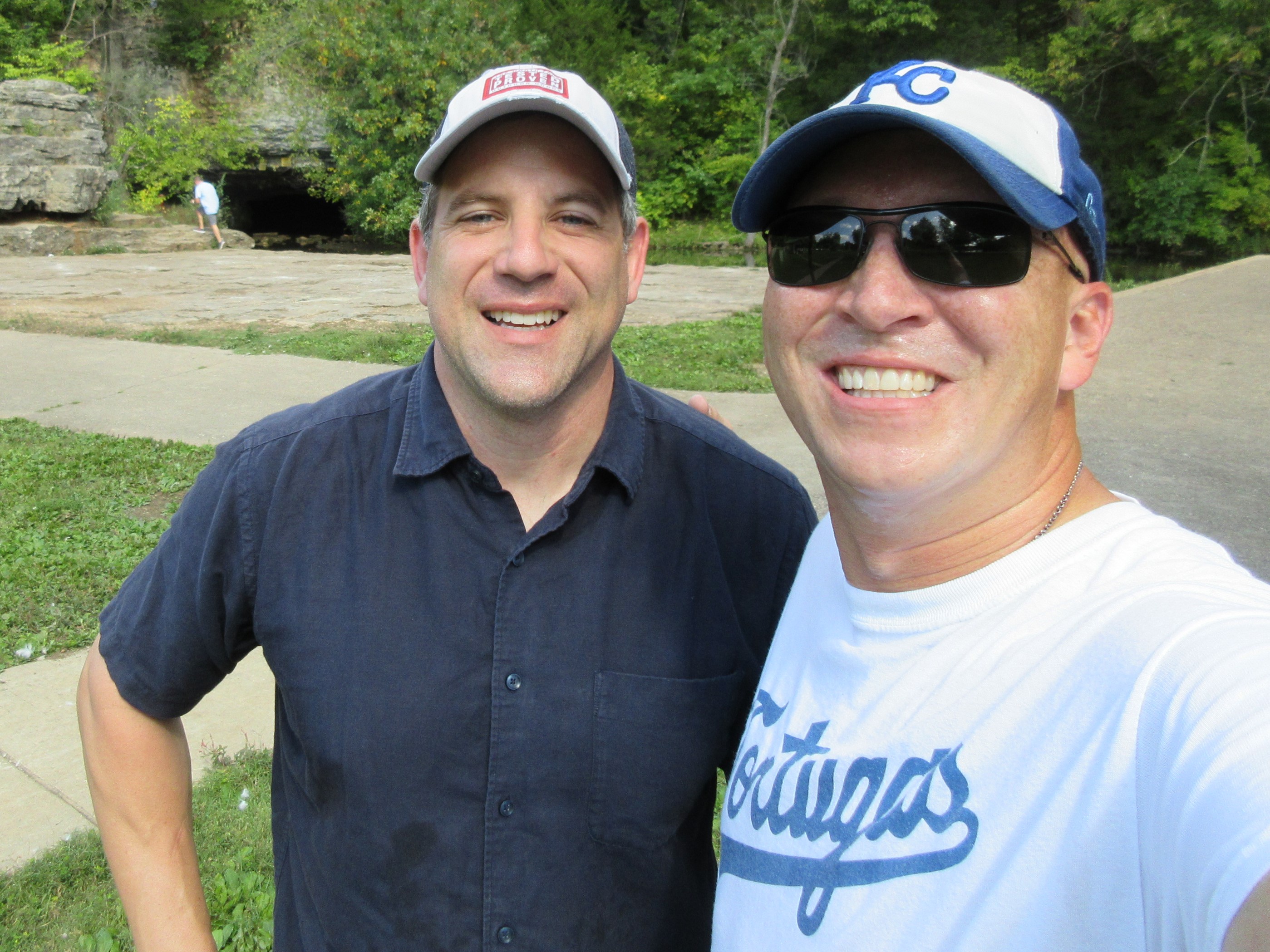 Four years ago, I sat in a sports bar in downtown Springfield and experienced every possible emotion over the course of a single baseball game. The 2014 AL Wild Card game is still one of those games beyond superlatives and made excellent material for one of my favorite poems I’ve written.

Matt, a good friend from high school and trustworthy centerfielder, met me at Sequiota Park for a catch on the last game of MLB’s regular season (I’m still hoping for chaos in the National League). While I did bullpen work and running drills as a pitcher, I remember Matt taking swings against the stacked tires and making crow-hop throws from centerfield to home plate on a line. I probably still owe him a couple of hat tips for chasing down long fly balls I had surrendered that merely were recorded as outs thanks to his speed.

Matt attended seminary while I lived in KC and we went to a game together during those rather forgettable seasons in the mid-2000s.

“We had great seats, but it was so hot that day,” Matt said.

“It was stupid hot.”

Attending that game, which I think was near my birthday, was not the brightest decision in my life. We sat not too far from the Royals dugout and probably each lost a dozen pounds water weight by game’s end.

These days, Matt works for Faith Hospice of the Ozarks, sharing life and faith with friends as they approach death with hope and courage. Literally an evangelist, his calm presence and listening heart is good news.

“I get the privilege to be reminded of what is most important each encounter I have with those who are dying.”

Near the pavilion at Sequiota, just across the walking path from the cave and climbing rock, Matt and I played catch in a people-and-pooch packed park. I did not succeed at dodging all of the goose poop.

We spent time catching up on life as we spent time catching the ball. Matt inquired about Catch 365 stories. I started to tell him about Mary from the All-American Girls Professional Baseball League when the young couple near by playing catch with a football commented, “We just saw that movie and loved it!”

After working up a good sweat, we sat at a bench and just told stories, enjoying the perfect weather on the last day of the month.

“Over the course of the past several years, one of the things I’m learning is that, regardless of whether or not I agree with you, we can still be friends.”

That might be one of the best lessons I’ve experienced this year, too. We don’t have to agree on favorite teams or DH or politically or whether or not Jorge Orta was safe in Game 6 of the 1985 World Series.

Love is at the root of hope and courage and the choice to live a good story among friends and strangers. With all of my heart, I believe that even a simple game of catch is a form of love.

Now, before it gets too cold, I’m looking forward to going to Fun Acre with Matt and taking a few hacks in the fast cage. This pitcher can hit, too.