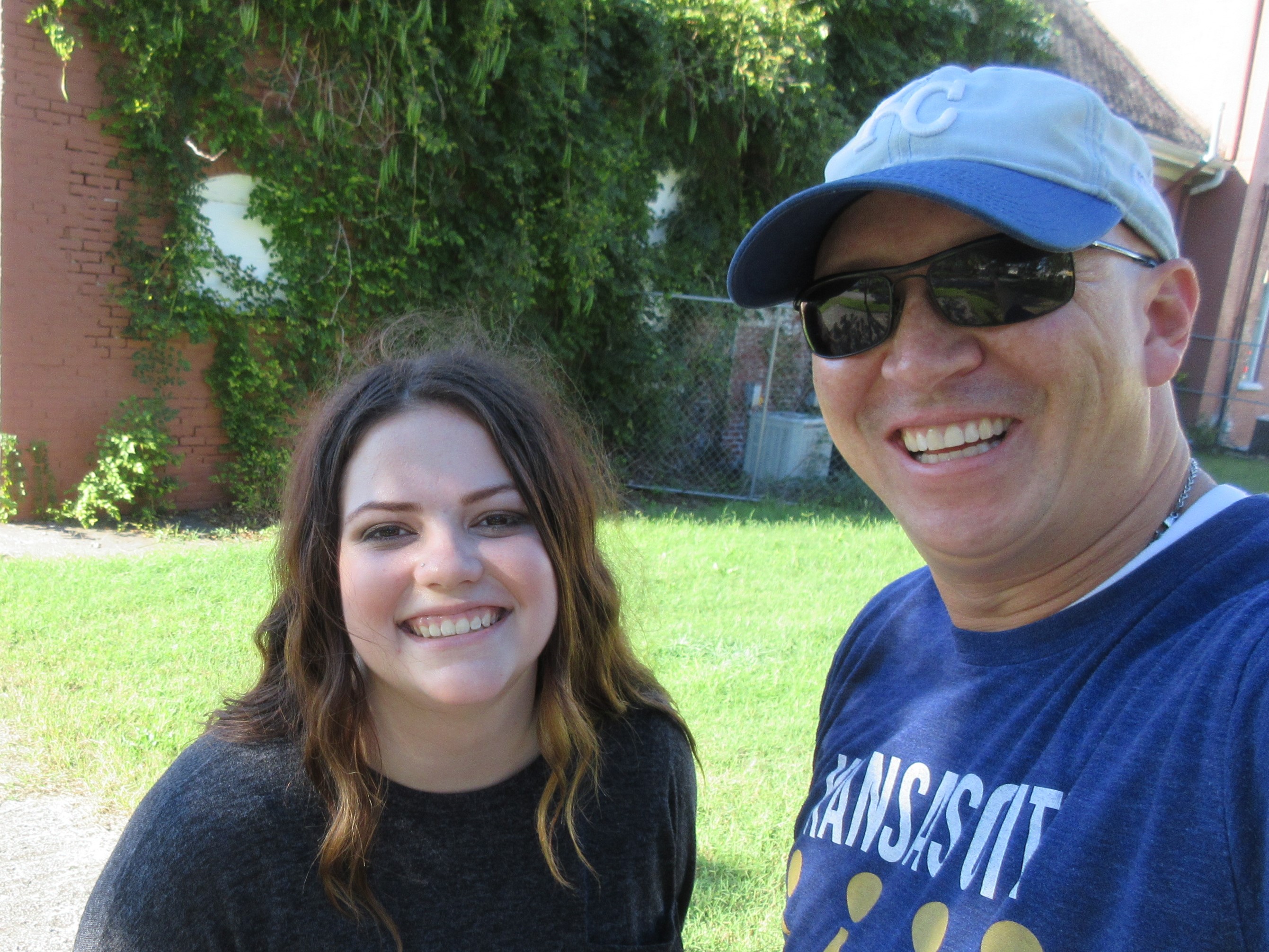 A few weeks ago, Kyndal took some pictures of Kaylea and it is impossible to pick out which one is my favorite. My “favorites” list has at least a dozen pictures on it. This one is Kyndal’s favorite. 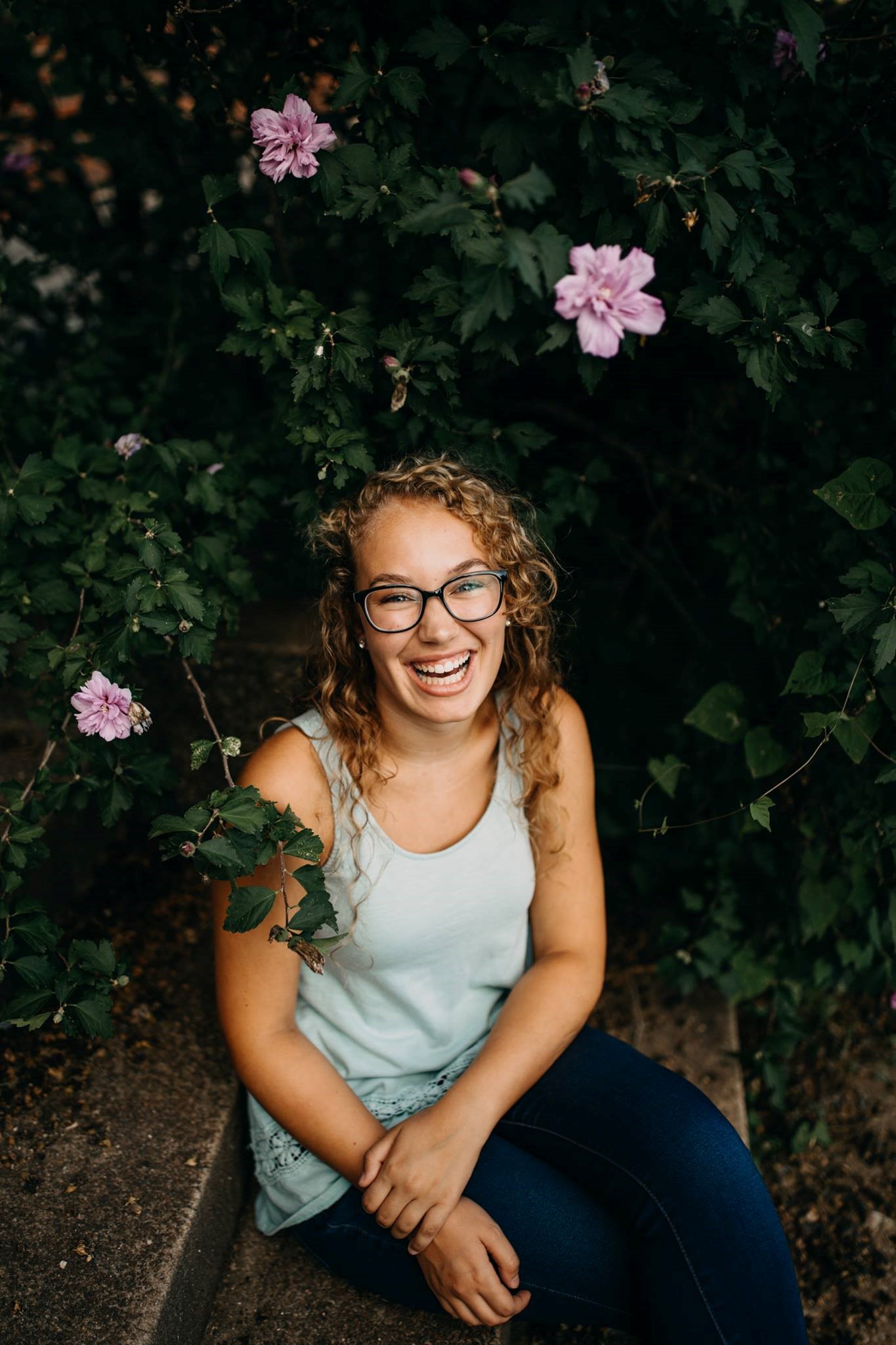 “She’s just laughing and being her authentic self!”

Kyndal is in transition, slowly working on her new home so she can live in a van down by the river. Literally. A white cargo van transformed on the inside to be home, complete with solar power and running water. It makes perfect sense for a photographer to be readily mobile and self-sufficient, able to shoot a wedding on the beach or an engagement in the mountains.

“I love to travel and explore this big world we live in.”

This past weekend, for the first time, she drove her van to Fayetteville, Arkansas specifically for a photo shoot. A test run, of sorts.

“Right now, it’s literally an empty shell with a twin-sized air mattress and a battery-operated candle for light.”

Kyndal slept horribly that first night and woke up at 4 AM. Every move she made on the mattress was amplified in the hollow space of the van. Her back felt out of whack for the first few hours the next morning, but she survived. And now she knows she can do it.

“There was a part of me that wanted to sell the van, but I can do it. I was exhausted, but then I got coffee and found some places to take pictures and it worked out.”

Kyndal’s story of becoming a photographer is full of trust and faith and ridiculous risk. She is trying her best to live in the fullness of each day.

“Nothing is ever forever, which is really encouraging because so many things seem life or death, so many choices seem final. But there is always the freedom to change your mind, always a chance to do something new. I want to live a life intentionally that’s involved around loving people, connecting to people, being as authentic as possible. We are in this world for a specific purpose, and that purpose is not connected to acquiring stuff.”

For the rest of 2018, Kyndal is travelling. From Canada to Nashville, LA to New York. She’s doing this as a way to take care of herself, to live fully now and not put it off until some undetermined better time down the road. We planned to meet at the Do Good mural just down the street from her office, but they were doing construction in the grass lot. We drove to the old church lot and played catch in the overgrown, dewy grass.

“This is my first time playing catch!” Kyndal said with a genuine smile. I love playing catch with rookies and do my best to throw the ball to the glove side of the body so there’s no fear of getting popped in the face by accident. Kyndal was a catch-playing natural. Conversation flowed following each toss of the ball. I listened to her story of taking a leap into faith, choosing photography over college not out of passion, but as a calling and was inspired by her heart.

“I want to be authentically happy, not social media happy.”

I took a selfie with Kyndal the photographer and felt extremely odd, trying to get decent lighting while blindly aiming the camera and hoping not to cut off either of our heads. Only two takes were necessary.

In just a couple of months, her van will be ready for road trip adventures and photo shoots from coast to coast. In the meantime, we joked that she has to find a good name for her vehicle.