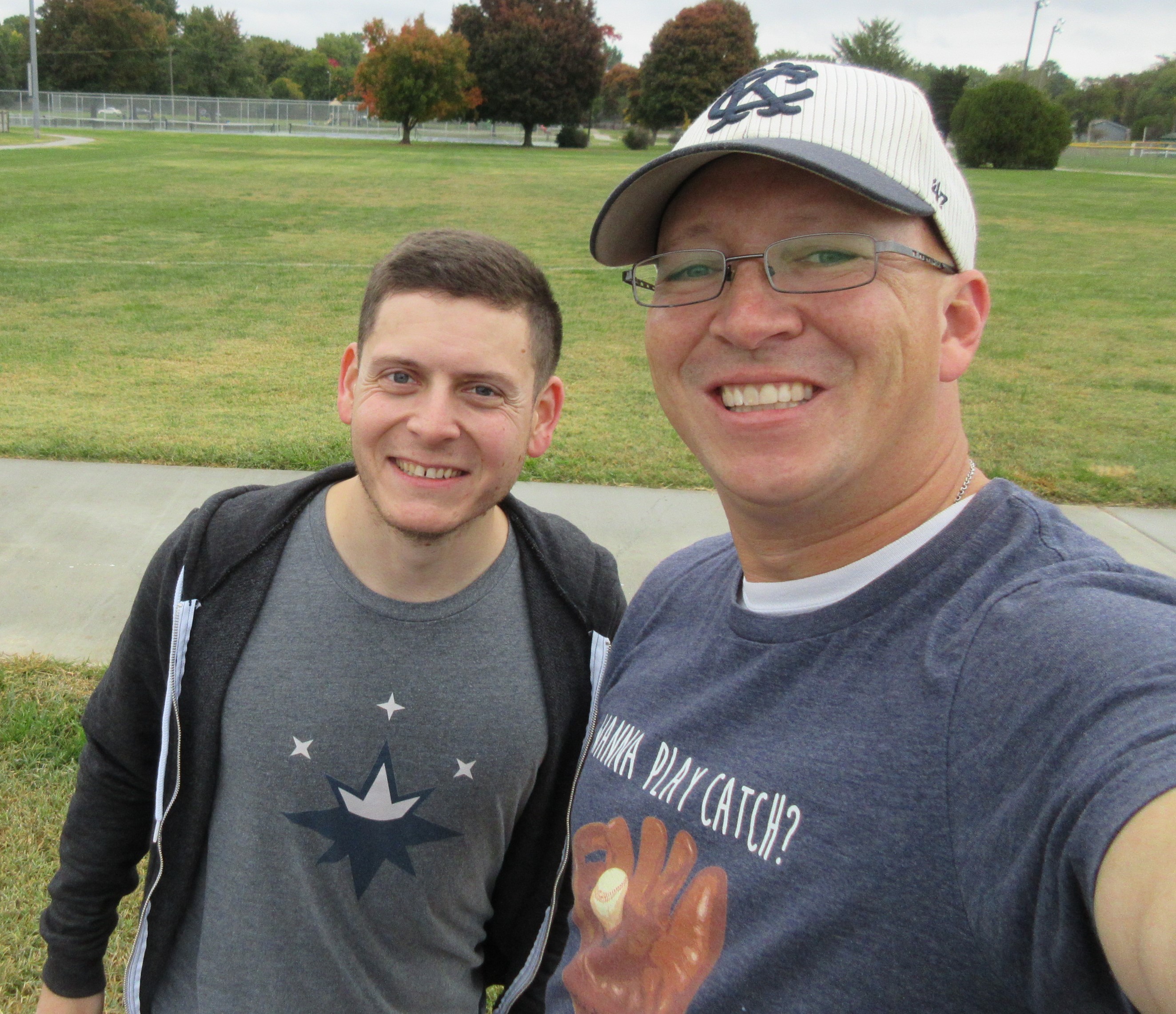 “Spread MO Love” is the unofficial motto of Patrick’s company Phelps Grove Outfitters (PGO), a company that’s capturing the creative spirit of Missouri one t-shirt at a time. While a student at Missouri State, Patrick lived in the neighborhood of Phelps Grove Park. An Entertainment Management major, Patrick started PGO with lifelong friend, Dino.

“Our bestseller is the bear t-shirt with the new Springfield logo.”

I thought the bear t-shirt would look great on the Plaster Student Union bear statue, though I’m not sure what size the bear wears.

“It would most likely have to be a custom order.”

Patrick designed the “Wanna Play Catch” t-shirts using the old Wilson glove as a model. He’s yet to design a t-shirt in honor of the ghost bride of the park, but the company only started in September of 2017.

A Cardinals fan who doesn’t remember the last time he played catch, Patrick’s in Springfield just for the day, setting up a PGO display at Bungalow Home Store in the Battlefield Mall. Once he finished the setup, we met at Meador Park for catch with the MSU softball team serving as witnesses.

I felt compelled to use the old Wilson glove today. Even though there were beautiful trees of every color surrounding the park, the overcast skies, wet grounds, and intermittent drizzle kept the game shorter than I would have preferred.

“I really enjoyed that. That was a lot of fun,” Patrick said with a smile. He then headed south, Branson bound to Spread MO Love.

G. K. Chesterton wrote, “Because children have abounding vitality, because they are in spirit fierce and free, therefore they want things repeated and unchanged. They always say, ‘Do it again’; and the grown-up person does it again until he is nearly dead. For grown-up people are not strong enough to exult in monotony. But perhaps God is strong enough to exult in monotony. It is possible that God says every morning, ‘Do it again’ to the sun; and every evening, ‘Do it again’ to the moon. It may not be automatic necessity that makes all daisies alike; it may be that God makes every daisy separately, but has never got tired of making them. It may be that He has the eternal appetite of infancy; for we have sinned and grown old, and our Father is younger than we.”

I think God wired us to play to help keep us young at heart, no matter how many times we’ve circled the sun.

Many thanks to Andy (Day #289) for making this wonderful catch-playing video!