At an old sandlot ballfield next to a pizza place, I met Billy.

Billy is a huge baseball fan.

“Growing up, my favorite players were Griffey and Mattingly and David Justice. Every time I picked up a bat, I pretended I was Griffey. Lefties just look cool swinging the bat, you know?”

Inspired by the Royals World Series championship, Billy created a couple of t-shirts and sold them out of Stuey McBrew’s, a sports bar in downtown Lee’s Summit.

My favorite one said, “Let that be a lesson to you all: no one beats Kansas City 30 years in a row.”

“It’s really cool having people you don’t know appreciating something you’ve made.”

In March of 2017, Billy officially started Squints Apparel, making t-shirts inspired by life in KC and the epic baseball movie The Sandlot.

Earlier this year, the Buck O’Neil Research and Education Center was vandalized. A second-floor pipe was broken flooding the former home of the Paseo YMCA, the building where the Negro National League was formed in 1920.

Along with other community and civic leaders, Billy pitched in to help restore the building. He designed a special t-shirt and all proceeds from the sales would be donated to the restoration process. The t-shirt is a tribute to both The Sandlot and Buck O’Neil and is one of my favorite t-shirts.

“Danny Duffy retweeted it, which was incredibly cool. In four hours, we hit the minimum goal. We ended up raising $1,500.”

Billy showed me the picture of all the t-shirt orders packaged and ready to ship.

Less than an hour before the Chiefs kicked off, we played catch. We both wore our PF Flyers and I brought my old Wilson glove.

“I had my old glove in my hand, but decided against it!”

Billy told me the story of his Mitchell Bat as we tossed the ball.

“I’ve always admired that company. The bat is definitely one of my most prized possessions. The color scheme is based off the PF Flyers, with a hint of green on the handle.” 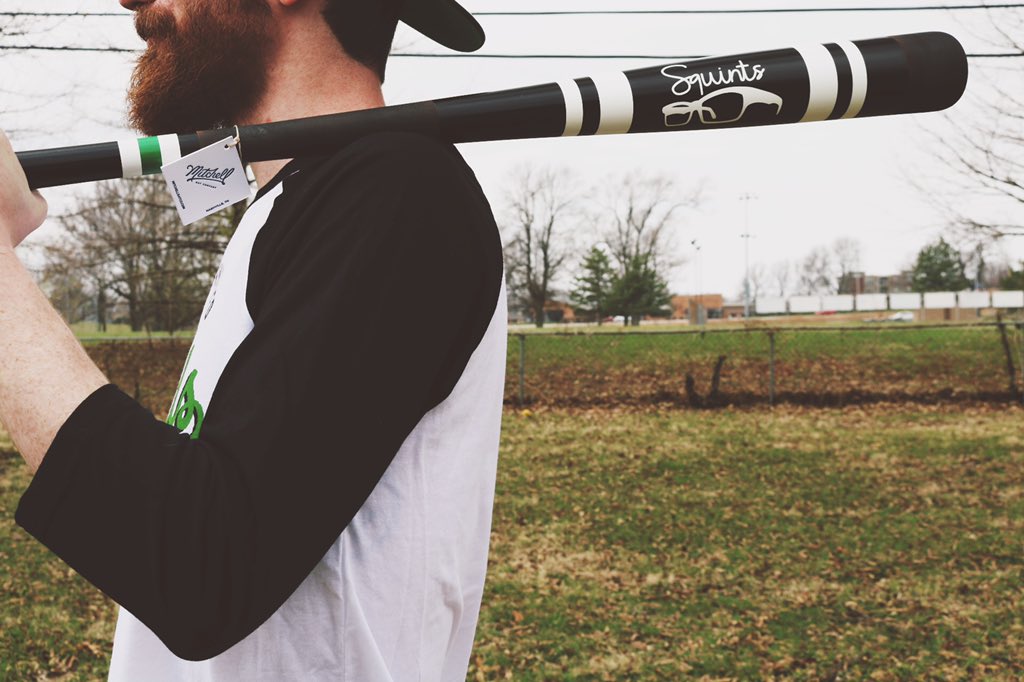 If the Chiefs win today’s game and earn the #1 seed throughout the playoffs, Billy already has a t-shirt in mind.

If they win the Super Bowl…?