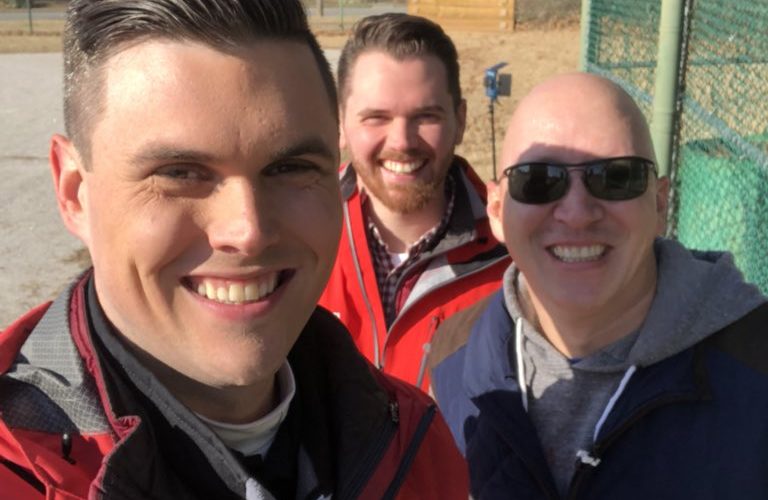 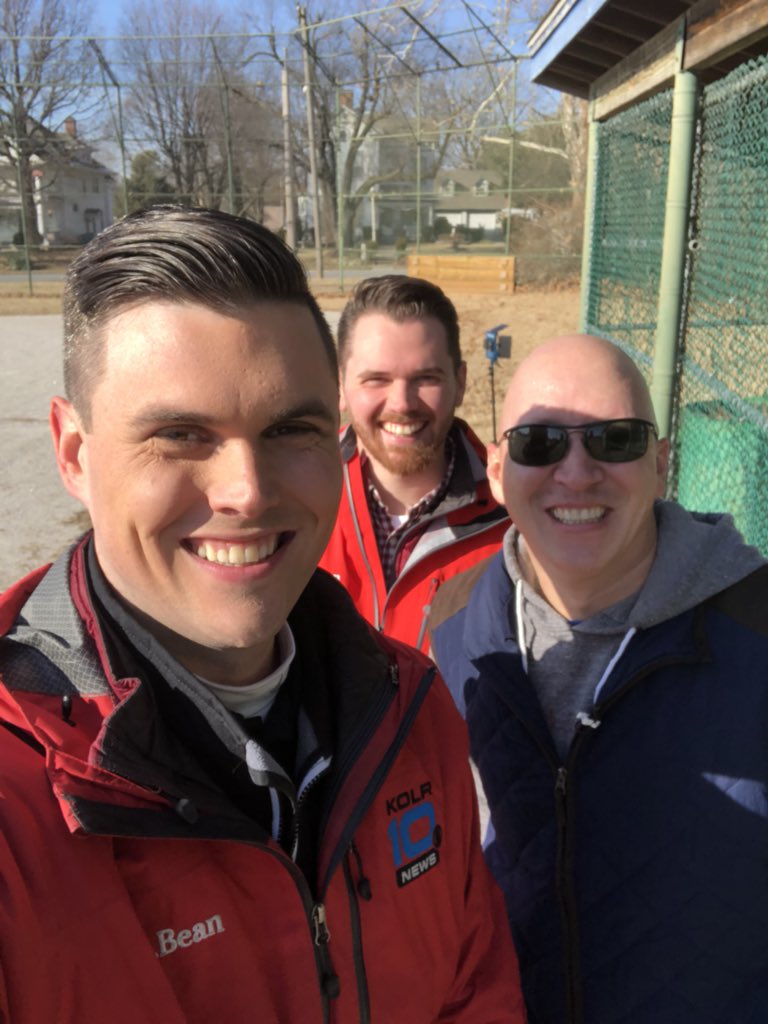 Daniel moved to Springfield from Arizona so he could play baseball at Evangel and experience all four seasons. (He is not a fan of winter.) I’m sure he was incredibly excited to play catch in 20-degree weather on a gravel infield.

We met at the field at Jenny Lincoln Park with Chris, who worked incredibly hard documenting the catch-playing effort.

Daniel brought his beautiful black Rawlings Heart of the Hide first baseman’s mitt, similar to that of Diamondback’s first baseman Paul Goldschmidt, which he needed on multiple occasions to scoop out my in-the-gravel-dirt throws.

We threw the ball for about 20 minutes, way more than 25 throws, and I was able to stretch out my arm a little bit. While those trying to obtain their driver’s license had to parallel park, we shared several stories.

Daniel, a morning anchor at KOLR 10, told me of his best day on the field — playing summer ball in a wood bat league in Arizona, he went 3-for-4 with a walk-off grand slam. His high school football team, the same school Terrell Suggs played at, was one of the best in the country, but he didn’t get to play. He wasn’t allowed to play contact sports for years.

As a freshman in high school, Daniel had brain surgery. A tumor restricted the flow of spinal cord fluid, causing him to sleep an inordinate amount of time and making both fine and gross motor movements difficult.

Two days after surgery, Daniel walked out of the hospital. He has had no repercussions since.

Eventually, I coerced Chris to also play catch. Chris, “not a die-hard baseball fan, but I do like the Padres,” dropped one of my throws and apologized.

First rule of playing catch — No apologies are needed. Just have fun. I also dropped one of Chris’s throws. In the epic words of Forrest Gump, “It happens.”

What an incredible gift and experience is this thing called Life.

Pick up the ball and keep playing.

Thank you Daniel and Chris for your time!