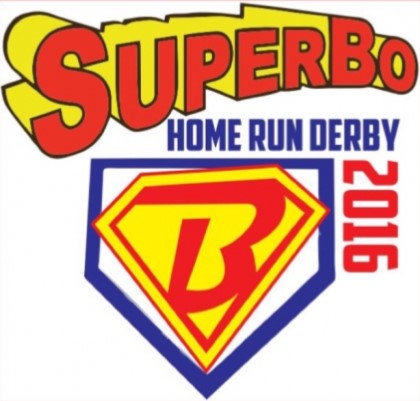 A couple days ago, the Royals tied their team record for most home runs in a single game.

Losing 5 – 1 at the end of two innings, the Royals hit six home runs on the way to scoring 14 runs against the Tigers. Because I don’t know how long the MLB season will actually last, I stood up and celebrated and cheered every single round-tripper as if I were actually in the stadium.

Home runs and those who hit them are part of our cultural legacy.

I have never hit a home run.

I came close on two occasions.

In fifth grade, I hit one to left field that bounced of the top of the chain-link fence and ricocheted straight to the left fielder. I had to hustle to get a triple. My third base coach gave me several high fives and said, “I thought that was gone.”

In my last season of high school baseball, as a skinny sophomore on the junior varsity team at Kickapoo High School, we had a road game in Branson. I have some very odd and specific memories of that game.

Players from the varsity were in the stands as both teams traveled to the ballpark together, leaving school a few hours early. It was one of the few occasions where I missed class because of baseball.

As a freshman, several of the varsity ballplayers befriended me, letting me know that they were in my corner. When I walked through the halls, they shouted out made up nicknames and gave me hand-stinging high fives.

When I approached the plate in that game against Branson, the varsity players started shouting out my nicknames. It was impossible to ignore them. I smiled to myself and stepped in the batter’s box. I am fairly certain it was a first pitch fastball that I barreled on a borrowed bat. To date, it’s probably the farthest I have ever hit a baseball. The ball took off on a high arc down the third base line and, at the last minute, ever so slightly, turned foul.

The volume of the cheers from the varsity players tripled. I am positive my head turned Rudolph-Nose Red under my helmet. And that at bat was the only time I struck out in my high school career.

In 2016, I once practiced with the Drury University softball team, trying to get ready for a Home Run Derby in honor of SuperBo Macan. Using a wooden bat, after significant coaching, I finally hit three home runs. I didn’t run the bases, but I was sorely tempted.

Bombs 4 Bo was the official name of the event. Hosted at Shawnee Mission North High School, where Bo’s sister Leksi attended, my friend Chris — The Fake Ned on Twitter — was the guest deejay. When my name was called to take my swings, I had to ask to borrow a softball bat. Five swings. Five chances to take one yard. I put everything I had into the first swing and caught Chris’s attention. I heard him say my name over the speakers. “Ethan Bryan gave that one a ride!”

But it was caught, well short of the warning track. None of my other hits came anywhere close to the fence. At least I didn’t whiff.

I remember playing catch with Pittsburgh Pirates great Bill Virdon a couple years ago. He told me the Pirates asked him to play in a handful of games in 1968 after he retired in 1965. The only hit Bill Virdon had in 1968 was a bottom-of-the-ninth-inning, game-tying home run.

Robert Benson has been a mentor of mine for the last decade. I sent him a copy of A Year of Playing Catch, hoping for his endorsement, nervous about what he’d say about the story. After waiting for next-to-forever, his words appeared in my inbox. 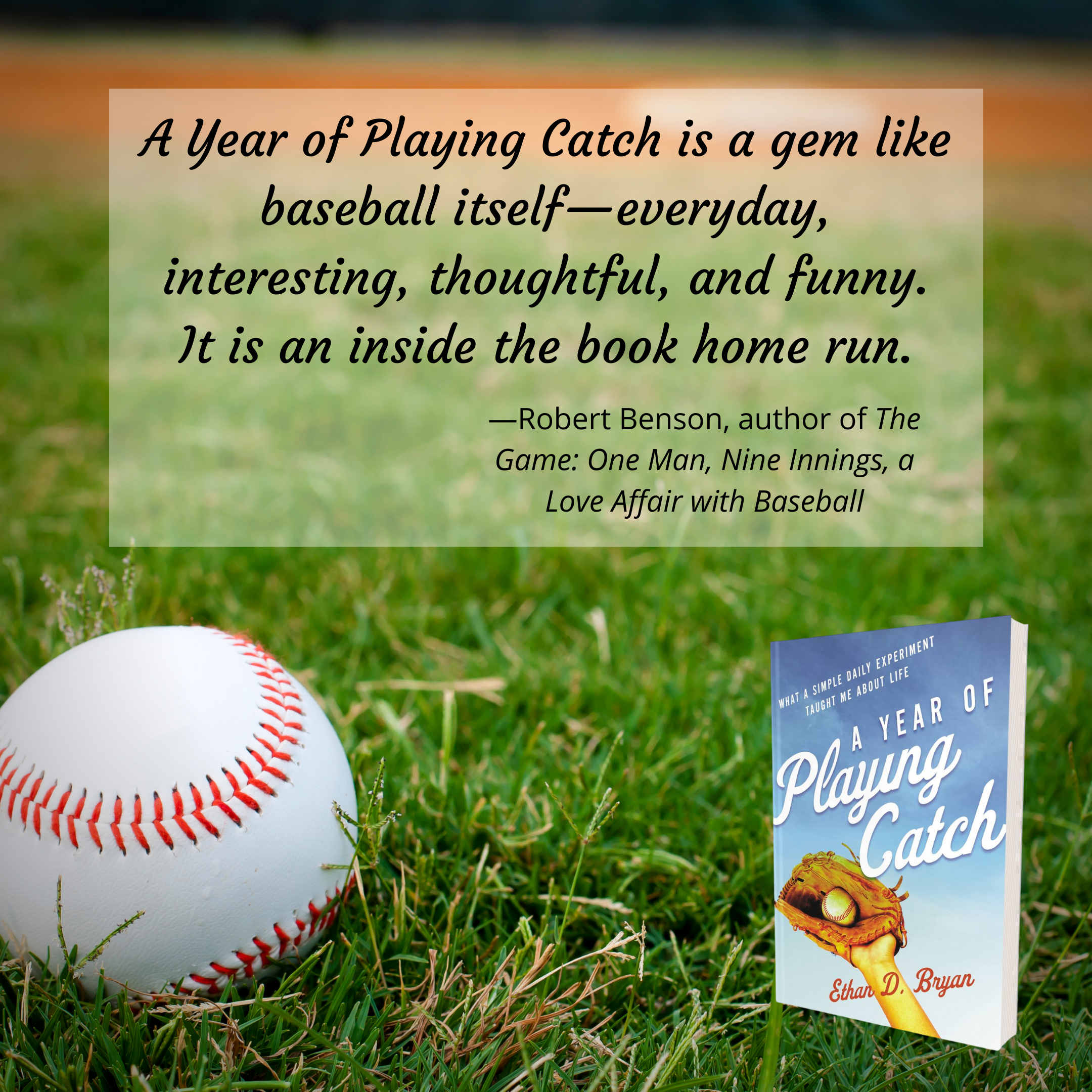 I now know how it feels to hit a home run. Hopefully, my next one will have something resembling “that sound.”

Keep listening and looking for wonder.

Pre-order your copy of A Year of Playing Catch here or at your favorite local bookstore and you can read about the home run Leksi Macan hit.