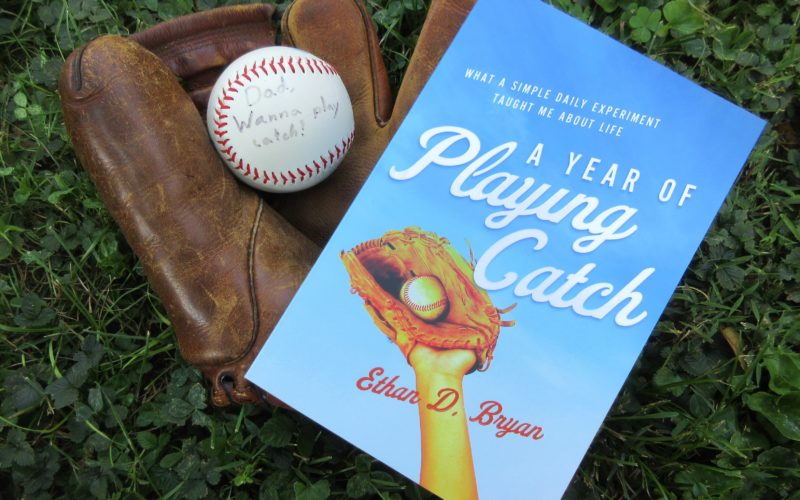 I have been to Opening Day at Kauffman Stadium on several occasions. I’ve been with my dad and I’ve been with friends. I’ve tailgated and entered the stadium as soon as the gates opened and chased down batting practice home runs.

Most recently, I went with Josh to Opening Day 2016 to watch the Royals celebrate their World Series championship. We participated in the world’s longest game of catch, the “Relay the Way” event, raising money for the KC Urban Youth Academy and contributing to the first pitch ceremony. That was the same day I showed George Brett that I’ve been using his glove for the last couple of decades. He was impressed.

To say I’m frustrated by MLB’s recent decision to cancel Opening Day is an understatement. I refuse to comment (much more) about the greed of the owners or the poor leadership skills displayed by the commissioner. Instead, I’d like to help encourage the next generation of ballplayers and make a fun memory.

Last night, while watching TV with my beloved, I wrote these words on Facebook:

For SWMO friends, or those willing to drive to Springfield –

If you have a child (up to 18 years old) who is upset at MLB for canceling Opening Day (March 31), reply below. Replies will be entered into a random drawing for an afternoon of playing catch, a trip to the batting cages, a couple packs of baseball cards, and a copy of A Year of Playing Catch.

If you know someone who’d be interested in entering my baseball afternoon but can’t find the link on Facebook, send an email to: hello@ethanbryan.com.

Maybe we’ll get a whole group together and have our own baseball game.