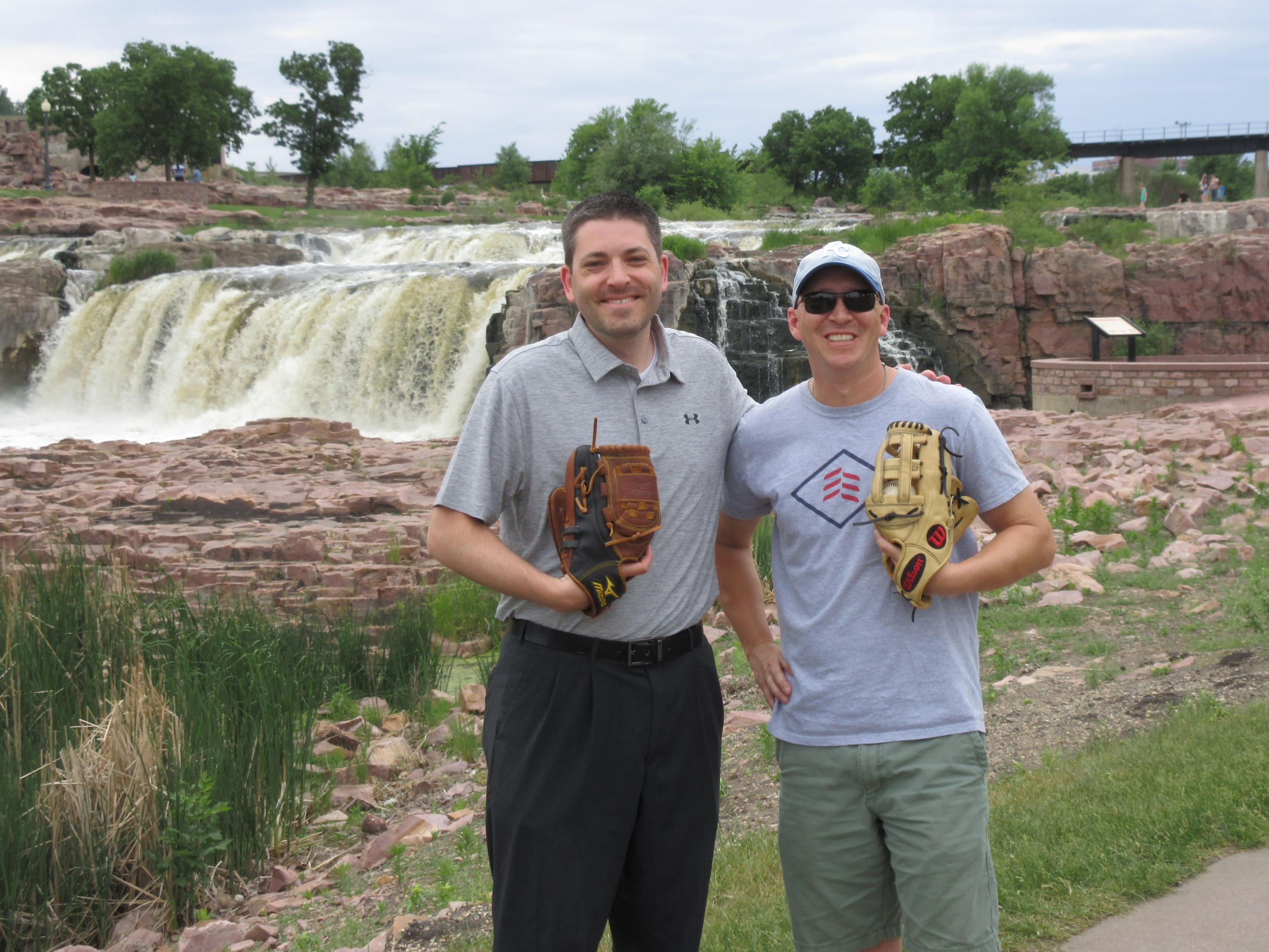 About a year ago, I was getting ready for my first trip to Cooperstown and it was Nathan’s fault.

Nathan is the president and founder of Baseball Seams Company located in Sioux Falls, South Dakota. God has a goofy sense of humor locating a baseball company where there is winter for six months a year. For seventeen years, Nathan has been transforming old baseballs into art. Baseballs that others deem unusable or trash, he is able to give second life as cuff links or an American flag or a keychain or…(click the link and you’ll love seeing all of his products).

Two years ago, Nathan had a massive and audacious idea of creating a map of the United States completely out of baseballs. Each state would be crafted from balls obtained from that state. And the baseballs would be connected to a specific story.

America at the Seams: 50 Stories in 50 States of How Baseball Unites Our Country

Nathan gave me the once-in-a-lifetime opportunity to research and write the stories. It was one of the most overwhelming invitations I’ve ever received. I am deeply grateful Nathan gave me a chance to be involved in this extraordinary project. I am convinced there is no other baseball project like this — art and story centered around the greatest game to bring hope and encouragement to others.

In my opinion, MLB should tour the map across the country in all the ballparks, making a display featuring that state’s story with highlights from neighboring states. Invite those people to throw first pitches or be special guests of the team for a night. Let patrons take free selfies and post pictures and share their own stories of how baseball is more than just a game. (The map would also be perfect in any MiLB ballpark as well.)

The completed map was unveiled for the first time at the National Baseball Hall of Fame and it is truly inspiring. While at Cooperstown, I read poetry and told stories related to the project.

Fifty states from coast to coast each with a baseball story

From young to old, both girl and boy, who chased their baseball dreams

And brought new friends together — America at the Seams.

The greatest game a source of hope, refilling desert streams.

So grab your glove and I’ll grab mine, regardless team you cheer

For baseball is a sacred game, it’s always baseball time of year.

Today, Nathan and I played catch. He suggested Falls Park, which was an iconic Sioux Falls venue. I love playing catch with southpaws because they can’t throw the ball straight.

“They used to say I was throwing off-speed stuff in little league, which was against the rules, but I wasn’t. It was just my fastball had good life.”

He threw a couple of fantastic curveballs that dropped right off the table as they neared me. I tried my best to impress him with a knuckleball, but it was horrible today. I’ll blame it on the Penske truck that almost rolled in front of us on the drive up from Omaha. I saw several people pointing fingers at us as we played catch near the falls, which I took as a compliment.

After catch, my family toured the falls and downtown Sioux Falls and found BSC headquarters, where the map is proudly displayed in the window.

Every baseball tells a story, holds a memory, and has the potential to bring people together. My interviews for America at the Seams were supposed to only take 15 or 20 minutes. Often, we connected through our baseball stories and would just talk about life until the battery of my flip phone was completely drained. And that’s the story for the poem I wrote to conclude the America at the Seams presentation at Cooperstown.

history wrapped in a century of string

encased in two strips of cowhide

The greatest of games testing

a team who plays for one another

and for pure, unadulterated love of

Each ball, a narrative universe.

The Hit. The Catch. The Strikeout.

Sacred stories preserved in the seams,

brought together through baseball —

America at the seams.